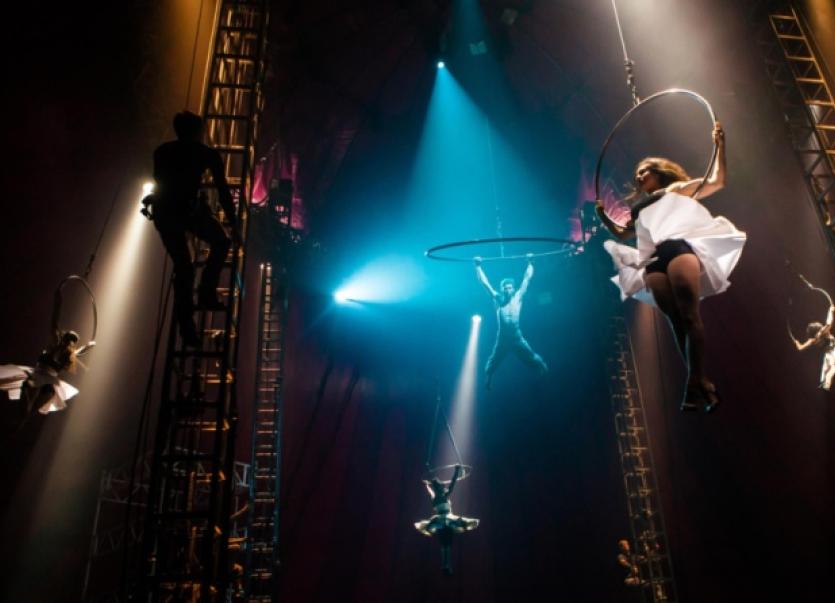 LIMERICK has secured another major Irish premiere in its year as City of Culture, this time in the shape of contemporary circus Bianco.

LIMERICK has secured another major Irish premiere in its year as City of Culture, this time in the shape of contemporary circus Bianco.

The former Dell factory in Castletroy will once again be transformed into a performance space for the “most outrageous and forward thinking contemporary circus” between Saturday, June 14 and Sunday, June 22.

Anticipated as one of the stand-out acts during the National City of Culture, Bianco has been described as “an all-consuming theatrical experience that combines intoxicating live music, gravity defying aerial acrobatic circus and stunning costume design in a constantly evolving environment that encapsulates you from the moment you enter the room”.

City of Culture director Mike Fitzpatrick said the show is not to be confused with the conventional theatrical experience in Ireland.

“The Culture Factory [the former Dell building] will once more be transformed for nine days for the most outrageous and forward thinking contemporary circus you will find anywhere in the world. Bianco will showcase everything from swinging and dance trapeze artists to aerialists, jugglers and some seriously impressive acrobatics. It’s definitely one of the stand-out events for City of Culture and one that’s not to be missed,” Mr Fitzpatrick said.

Bianco is being performed by top contemporary circus company No Fit State, which hails from Cardiff in Wales.

The staging of Bianco follows on from the success of Fuerza Bruta in the Culture Factory.

This show enjoyed rave reviews when it played last month.

Another show where the audience is asked to stand and take in the action around them, Bianco is two hours long, with a 20 minute interval. Performances will take place at 7pm on Saturday, June 14, the following Tuesday, Wednesday and Thursday, while the shows on the Friday, Sunday and the following Saturday, June 21 kick off at 8pm.

Tickets are priced at €22.50, with special discount rates for group bookings.

They will be available at the box offices at 69 O’Connell Street and in the Lime Tree Theatre, as well as online through limerickcityofculture.i.