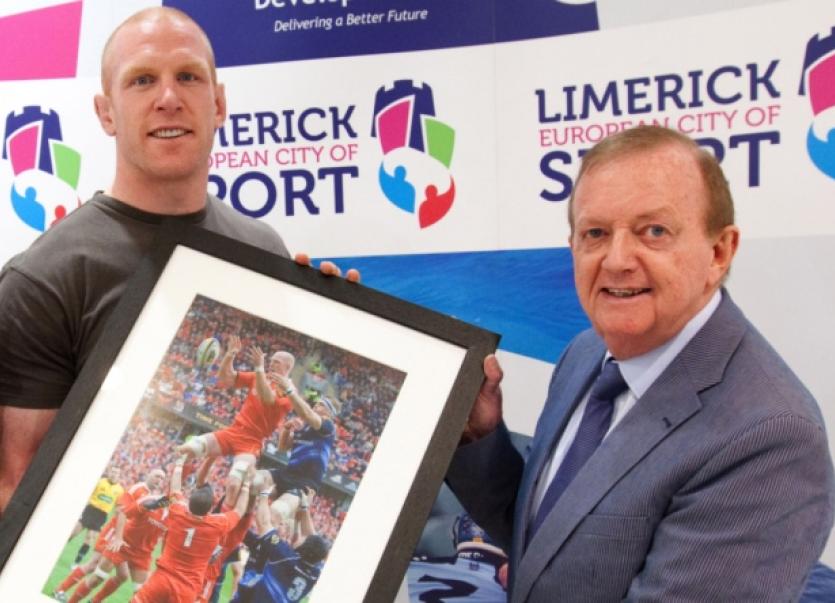 A FORMER boss of one Limerick best known companies has found a new life in retirement, with a hobby that is helping raise thousands of euro for local charities.

A FORMER boss of one Limerick best known companies has found a new life in retirement, with a hobby that is helping raise thousands of euro for local charities.

Seventy-year-old Ivan O’Riordan took up photography 10 years ago, after leaving his job in Irish Wire – to make sure he would not be bored with his new found freedom.

Born and bred on the Ennis Road and now living in Parteen, he still has a number of business interests, but much of his spare time taking photographs particular at Munster matches home and abroad.

“I am an accredited photographer with the Munster Supporters Club and started taking photos at Thomond Park around 2006. In 2012 I approached Munster Rugby and asked if I could raise funds for their nominated charities through the sale of my Munster photos. We decided to give it a go on the understanding that I would not make personal financial gain from the venture,” he explained.

To date over €10,000 has been raised for nominated charities, thanks to his photos.

“I currently hold a sizable stock of 12” x 8” and 16” x 12” photos and ideally would love to find a suitable location for a further exhibition. A vacant central shop-front would also be an ideal way to promote sales. It is also planned to take a stand at the Limerick Milk Market during the summer months. In the meantime, photos can be viewed on the website. I would particularly like to thank the Munster team manager, Niall O’Donovan, for his help in getting the squad to sign the various photographs. Having the autograph on the mount is the key element in generating the sales.”

Photos are also sold through his website which is www.ivanoriordan.com. All funds go to the nominated charities.

This season’s charities are The Irish Heart Foundation and The Irish Guide Dogs for the Blind. It is hoped to be able to hand over a reasonable sum for these deserving causes at a match at Thomond Park next September.

“I am a member of Limerick Camera Club since 2007 and that is where I have learned so much about photography. I would recommend any aspiring photographer to come to Mary Immaculate College at 8pm (room 206) on any Wednesday night between now and end of May where you will be most welcome,” he said.