Mosse mobbed at The Enclave opening in Limerick 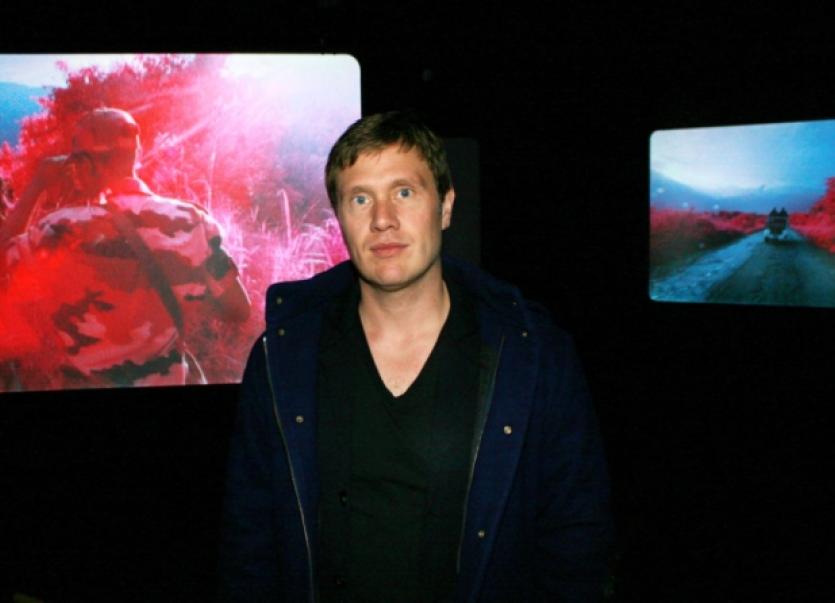 ADULATION greeted Richard Mosse on his appearance in the city last week.

ADULATION greeted Richard Mosse on his appearance in the city last week.

The Kilkenny artist-documentary photographer and filmmaker was mobbed by star struck art college students at the opening of his stunning exhibition The Enclave.

Ireland’s entry at the 55th Venice Biennale, where it was seen by 80,000 people, the visceral and visual multi-media installation covers Mosse’s two years in the eastern Democratic Republic of Congo, where he used a forgotten form of military surveillance film to capture the gritty realities of a country torn apart by war.

The exhibition was seen by 20,000 people in Dublin and is touring to Sydney, Amsterdam and up to 13 cities worldwide as well as Limerick, making securing it a major coup for City of Culture and Ormston House, who are hosting it.

Mosse said he “really loved the spaces” playing host to the exhibition. Ormston is housing the video installation, while the still photography section of The Enclave is being hosted in the Creative Limerick space at 6a Rutland Street.

“I had the keys to the city when I came,” he explained. “I saw lots of huge spaces, wonderful spaces. But this was the most interesting. It looks really top level in there, I have never seen it looking so good.”

Mosse explained that the film, an unsettling piece following various factions of Congolese rebels, captured in blazing hues of pink and purple from the infrared cameras, was intended as “a type of advocacy, to raise awareness about the situation in Congo, which people have forgotten about”.

“The facts are there if you just care to look, but nobody does. What I wanted to with this piece was for people to feel that, to feel something.”

The exhibition, which runs Tuesday to Saturday until May 5, was opened by Minister of State Jan O’Sullivan and Sheila Pratschke, chair of the Arts Council.

Deputy O’Sullivan said it would “challenge us all to look at the situation differently, and that is what art is about”.