Apartments in Limerick to ease pressures of artistic life 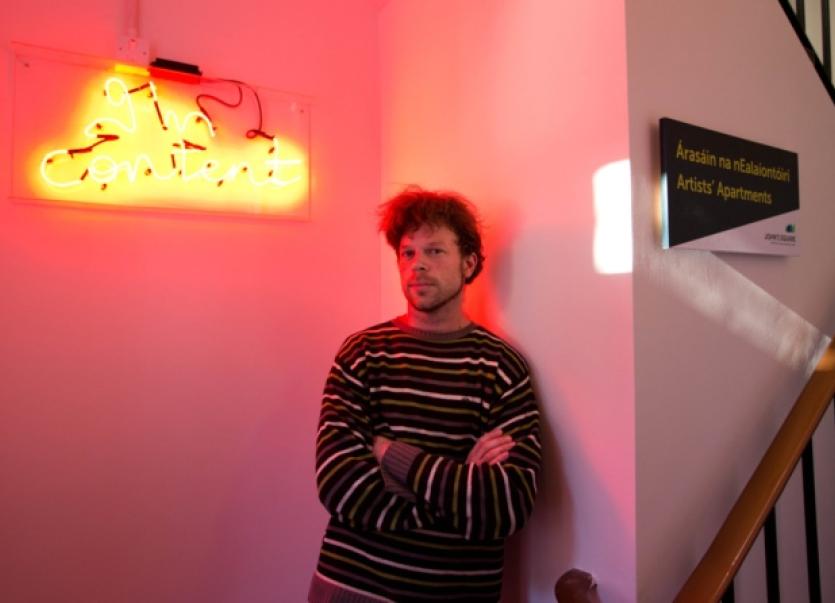 LIMERICK’S first subsidised living space for artists has been opened at John’s Square by the Minister for Arts Jimmy Deenihan who praised the “innovative” and timely idea as Limerick prepares to enter City of Culture next year.

LIMERICK’S first subsidised living space for artists has been opened at John’s Square by the Minister for Arts Jimmy Deenihan who praised the “innovative” and timely idea as Limerick prepares to enter City of Culture next year.

Under the unique scheme, believed to be one of the first of its kind in the country, Limerick Arts Office is providing use of six newly-refurbished residential apartments at 1-2 John’s Square to contemporary visual artists, performers, musicians and writers. Six artists will take up residency immediately, staying for one to three years, while two additional apartments are being made available to local arts organisations for short-term use to accommodate visiting artists engaged in local arts projects, or visiting international curators.

Two recent graduates of the painting department of Limerick School of Art & Design - Joan Stack from Kerry and Paul Quast from Athlone, both aged 24 - were among those delighted to acquire an apartment.

“It’ll make things that little bit more affordable when you’re running a studio. The apartments are great, they’re really bright and are close to Wickham Street studios, where we run our practice, so it should be a great year. We’re really looking forward to moving in there. There’s a really great atmosphere for artists in Limerick, and lots of opportunities as you can see here today,” said Joan.

Paul said the apartments will allow artists to expand in their chosen fields of interest and “will give us a lot more freedom to pursue different ideas.” “It came at a very good and appropriate time. It’s going to be a great year,” added Paul, a sculpture and installation artist.

Minister Deenihan also officially opened the €1.5 million redevelopment by Limerick City Council of John’s Square, which is now considered ‘Limerick’s living cultural quarter’. “St John’s Square has a rich history as Limerick’s oldest public space and is a gateway to the centre of the city. Limerick City Council has always been to the forefront in its commitment to the arts,” he said.