Love in the air as Limerick installation goes live 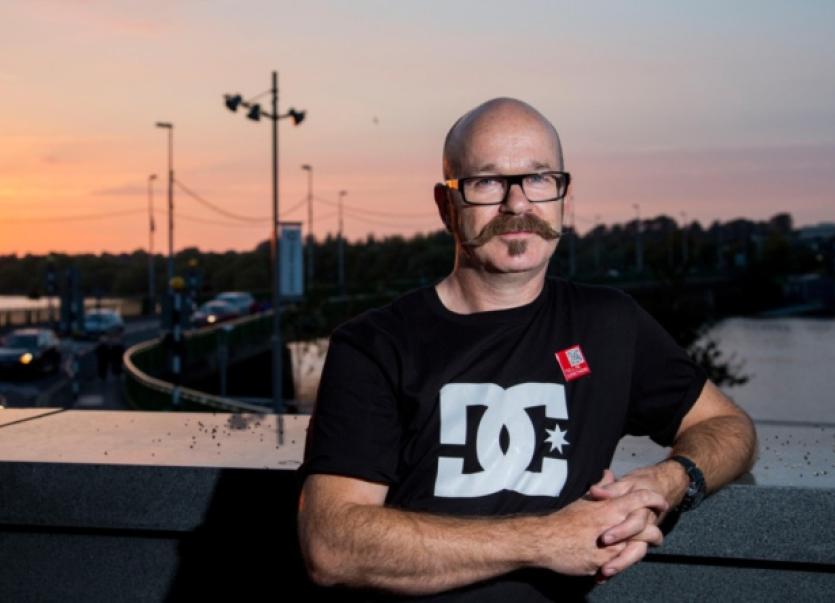 LOVE is in the air - literally - in Limerick, as a number of proposals of marriage are set to be beamed across the skyline this week.

LOVE is in the air - literally - in Limerick, as a number of proposals of marriage are set to be beamed across the skyline this week.

Artist Andrew Kearney told the Limerick Leader that quite a few people may be pleasantly surprised by the messages set to be broadcast from his installation attached to the chimney of the Cleeve’s factory overlooking the river.

Launched this Monday night, his City of Culture commissioned work - appropriately entitled Tell Me Something - is set to communicate messages to the masses, once people input their own short messages online.

The work takes the form of a large, white luminescent ring positioned two thirds up the height of the 52-metre chimney stack at the old Cleeve’s Condensed Milk Factory on O’Callaghan Strand.

The piece was due to go live last night, but encountered technical issues in recent days due to the sudden bad weather that broke at the weekend.

However, it is now live and will remain in place up to the New Year.

“The installation will turn itself on when dusk falls, and as time goes on that will be earlier in the evening, so soon people will see the messages when they’re going home at rush hour,” he explained.

“We’ve had tweets from bands about their music, wedding anniversaries and a few people proposing to their girlfriends, so it’s all quite nice,” he said.

However, the crux of the matter - especially for those proposing - is that the messages will be playing on a rolling stream, and there is no set time for when their message will be broadcast from the giant LED display.

It is the result of 18 months of work, and the Limerick native - from the North Circular Road - said he was delighted to be a part of City of Culture, and to reintroduce this historic building to the urban landscape in a new way.

See Tell Me Something.