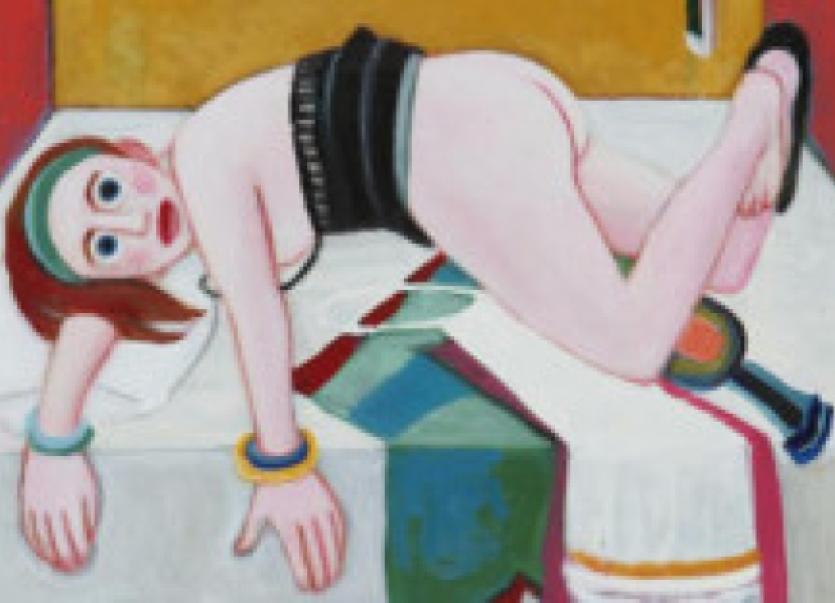 NEARLY 200 paintings by some of the greatest artists in the country will go under the hammer this weekend at Dolan’s art auction house.

NEARLY 200 paintings by some of the greatest artists in the country will go under the hammer this weekend at Dolan’s art auction house.

Some 54 lots are from two private Limerick collections and will be sold without reserve this Sunday, March 2, at 2pm in the Castletroy Park hotel.

Eight works by acclaimed Limerick artist Jack Donovan, who will turn 80 next week, are up for sale, with a guide reserve of €1,200 for his Nude on Bed from his Pinkie Downey series.

With reserves on some paintings starting at just at just a couple of hundred euro, the auctioneers are promising that valuable works could be snapped up for bargain prices. One of the more expensive works is a landscape painting in Connemara by Kenneth Webb, aged 87, with a reserve of between €4,000 to €6,000.

In addition to paintings, there is also a selection of antiques from clocks to mirrors to light fittings, silver and furniture, cut glass and sculpture. Among the items is a George III drop leaf table from the 1820s, which the auctioneers said represents “incredible value” at just a few hundred euro.