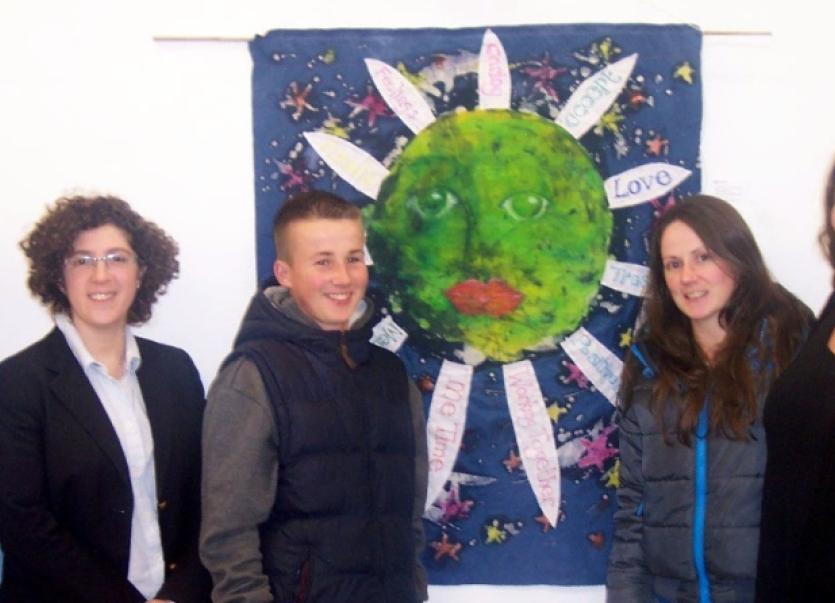 AFTER weeks of preparation, Mental Health Week has been considered “a great success”, according to the organisers.

AFTER weeks of preparation, Mental Health Week has been considered “a great success”, according to the organisers.

The week kicked-off with a students’ art exhibit launch at the Hunt Museum, on Monday afternoon, where a number of secondary school students showed their support.

Monday night saw one of the week’s “most successful” events at the Limerick School of Art and Design, where 55 pieces have been displayed at the college all week.

“It was a great success and there were at least 80 to 100 people who came. There was so much positive feedback on the day. We were busy until nine o’clock that night. We opened up at seven,” organiser Amanda Clifford said, praising both the Hunt Museum and the LSAD.

“There is a good buzz around the college and there are students coming up to me asking what it’s all about and they are genuinely interested. They are full of questions and they are delighted to come up to me to talk. The college wanted to be part of this when I approached them, but it was the senior lecturer Paul Tarpey who really helped us out. He helped sort it all with the college. There are 55 pictures and it’s amazing. They are in the heart of the college and all the way through the corridors,” she added.

Ms Clifford said the highlight of the week will be Thursday night’s Mad Hatter’s Fancy Dress Tea Party, at The Library, 9pm to 2am.

“It’s the only event that is €5 and it’s our way of fundraising for future events. On the night we have Aaron Hackett. When he was announced, it was all girls who wanted to go, so if you’re looking for a girl, come along to the Mad Hatters party,” she enthused.

On Friday, October 11, there will be a family art therapy workshop, at Watch House Cross, Moyross, between 3pm and 5pm. It is facilitated by Síle Richardson.

This Saturday, an art therapy morning for children will take place at the Crescent Library, Dooradoyle. It is facilitated by Cathy O’Donoghue and Imelda Heffernan. It will start at 11.30am and finish at 1.30pm.