Kevin Myers to launch WW1 photographs at the Hunt Museum 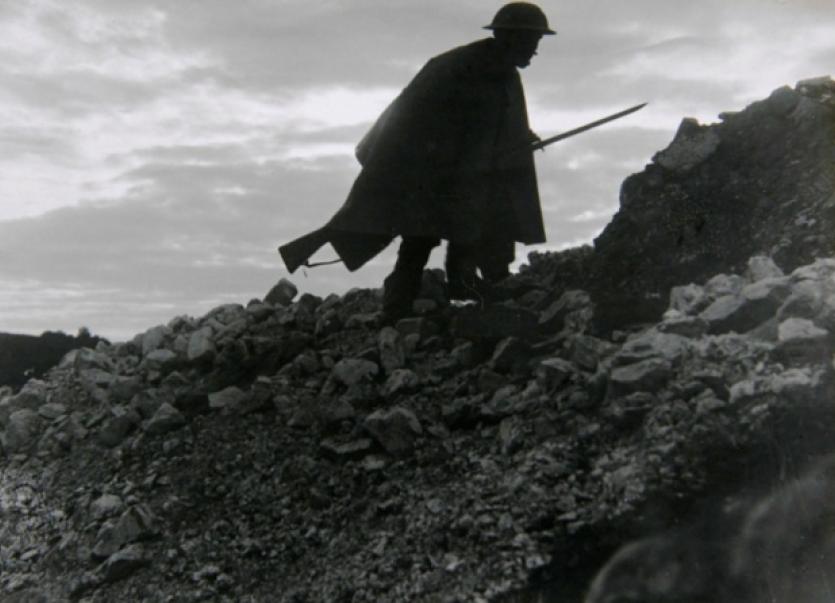 PHOTOGRAPHS taken by a Jesuit chaplain at the front of World War One are to go on display in the Hunt Museum.

PHOTOGRAPHS taken by a Jesuit chaplain at the front of World War One are to go on display in the Hunt Museum.

Father Browne’s First World War will consist of 40 photographs taken both at the front and in the trenches in Flanders and near the Somme, and will be opened by journalist Kevin Myers on July 9, running until September.

Mr Myers will also give a public lecture Father Browne, Limerick and Ireland’s Great War the following day in the Belltable.

Frank Browne was born in Cork in 1880 and is perhaps more famous for his pictures of the Titanic, which he disembarked in Cobh, despite having passage to New York on the ill-fated voyage.

However, Fr Browne - who appears in James Joyce’s Finnegan’s Wake as the character Mr Browne the Jesuit - would go on to become heavily decorated for his war efforts as chaplain, including the Military Cross. He served with the Irish Guards and Royal Dublin Fusiliers.

The collection forms part of the Hunt’s contribution to the commemoration of the Great War and continue a series of photographic exhibitions appearing in the museum’s exhibition gallery downstairs.

“We wanted to do something to commemorate WW1 and next year we will be doing something on 1916,” explained Naomi O’Nolan, head of collections and exhibitions at the Hunt.

“Some of the images are harrowing, but they are wonderful photographs,” added Ms Nolan, who said Mr Myers was “really excited” about coming to Limerick to open the exhibition and give the talk here.

Hugh Maguire, Hunt director, said that despite the horrors of trench warfare, Fr Browne had “managed to record much that is tellingly evocative and horrific”.

The pictures were taken in Flanders in the region of Ypres and also further south in the neighbourhood of the Somme.

The museum also hope to display some memorabilia of Father Browne’s during the exhibition.