‘Iconic’ exhibition of citizens is a window to Limerick’s soul 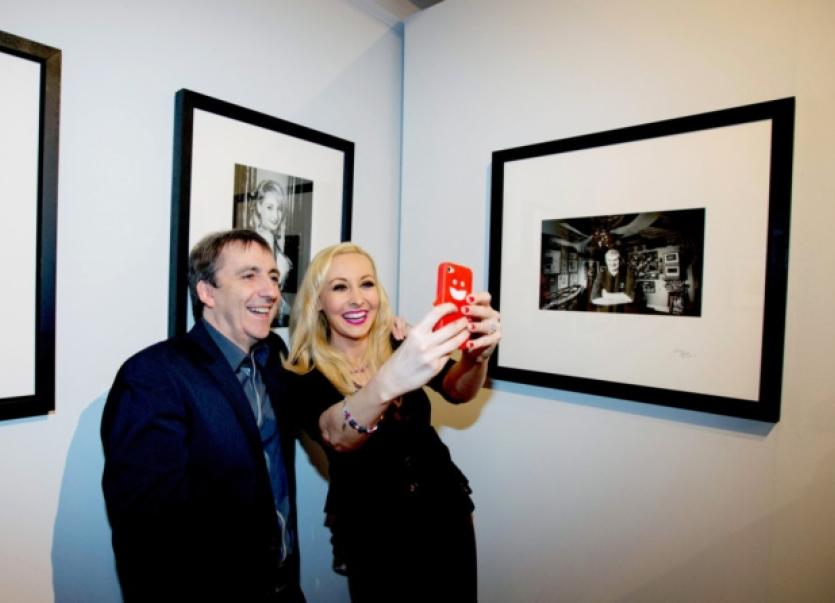 THERE was once a belief amongst some cultures that having your photograph taken could steal your soul.

THERE was once a belief amongst some cultures that having your photograph taken could steal your soul.

Limerick photographer Cormac Byrne has been praised for doing anything but that in his new exhibition, Faces of Limerick.

Through 53 black-and-white portraits of the great and good, those famous on the national stage and local legends, he has captured the soul and spirit of Limerick and its citizens. Launched on Friday night in the Hunt Museum, where the exhibition will run until May 11, director of the museum, Dr Hugh Maguire, said these images “bring to life the whole variety of the good citizens of Limerick who contribute to the community.”

A photograph may be on paper a two-dimensional image, he said, but “to capture something of your spirit in black and white is very, very skilled indeed”.

After two decades behind the lens, and taken over two and a half years, presenting these images had been Cormac’s long-held dream to present.

Among the 53 portraits on display include politicians, broadcasters, rugby players, former mayors, fashionistas, and President Michael D Higgins, who grew up on the Ennis Road in the city.

“This was something I always wanted to do. They are people who were born, bread and buttered in Limerick. Some were taken in the studio, others were taken on the street, and the lighting and mood is different in each one, but the common thread is Limerick,” said Mr Byrne.

The world of politics, both local and national, is represented with two mayors of Limerick, councillors Kathleen Leddin and Jim Long, featured, as well as former deputy Tim O’Malley, of the Progressive Democrats, and Fianna Fail deputy Willie O’Dea pictured on Naughton’s Place in the city.

Launched by former rugby star John ‘The Bull’ Hayes, it features a dramatic image of John himself going face to face with a bull on a farm in Thurles, Co Tipperary.

“I really enjoyed doing it. I thought it was a great photo, with my nickname and the family association with farming. There’s been a great reaction to it. He was a massive big bull, but thankfully he was quiet and very patient,” he joked of the shoot.

His brothers in rugby – retired stars Keith Wood, Peter Clohessy, David Wallace and Jerry Flannery – are among those who feature in the exhibition, which he said was not surprising given the predominance of rugby in the city.

Flannery is pictured with his father Jerry Senior in their pub of the family name on Catherine Street, while Clohessy and Wood were photographed in a fun pose on scooters.

Riverdance composer Bill Whelan, who was shot by Cormac standing in front of a piano, said it is “an extraordinary exhibition It combines humour, character. To come to it as an experience in a gallery you run through a whole gamut of images.

“I think it’s a really successful exhibition,” he said.

Dr Edward Walsh, founding president of the University of Limerick, who is also featured, praised these “superb, world-class photographs”.