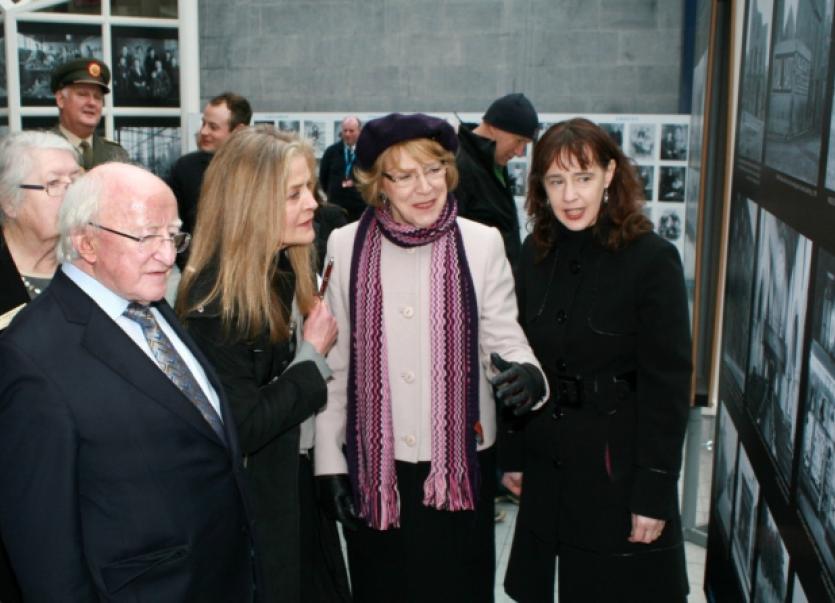 THE GRAND-DAUGHTER of one of Limerick’s most acclaimed photographers, whose images have received a new audience more than 40 years after his death, will give a guided tour of his work in City Hall next week.

THE GRAND-DAUGHTER of one of Limerick’s most acclaimed photographers, whose images have received a new audience more than 40 years after his death, will give a guided tour of his work in City Hall next week.

After a visit from the President Michael D Higgins and his wife Sabina yesterday, Patricia Haselbeck Flynn will give the tour of her grandfather’s collection in City Hall on Wednesday, February 5 at 11.30am.

It follows on from the photographic exhibition of his work, and a seminal collection of his masterpieces in print, Franz S Haselbeck’s Ireland, which remains in the bestsellers’ list.

Ms Flynn, who lives in Ahane, painstakingly restored the massive collection after her grandfather, Franz Sebastian Haselbeck, entrusted them to his son Frank, who in turn, begged his daughter to preserve his father’s work.

The collection survived fire and flood and Ms Flynn restored and catalogued almost half of a near 5,000-strong portfolio of photographs taken across six decades of the 1900s.

“It makes all we have done, and the years of work so very worthwhile to see it displayed in this way, at home in Limerick,” explained Patricia.

“I can only imagine how proud and honoured he would be to be shown in this way in his home town.”

Mr Haselbeck, who was born in 1885, didn’t see his work fully appreciated in his lifetime, yet it forms one of the great Irish photographic collections, chronicling a time of great upheaval and change in Irish history.

He worked as a professional photographer from 1912 and out of a studio on Wolfe Tone Street, he captured a permanent record of the lives of many Limerick families, and key moments in local history before his death in 1973.

To book your place on the tour call Mairead on 061-312960, email friends@huntmuseum.com. The cost is €10, and the tour will start in City Hall at 11.30am. The exhibition continues in City Hall until February 28.