Storms, floods and tragic deaths top most read online as ‘Kimye’ lose out 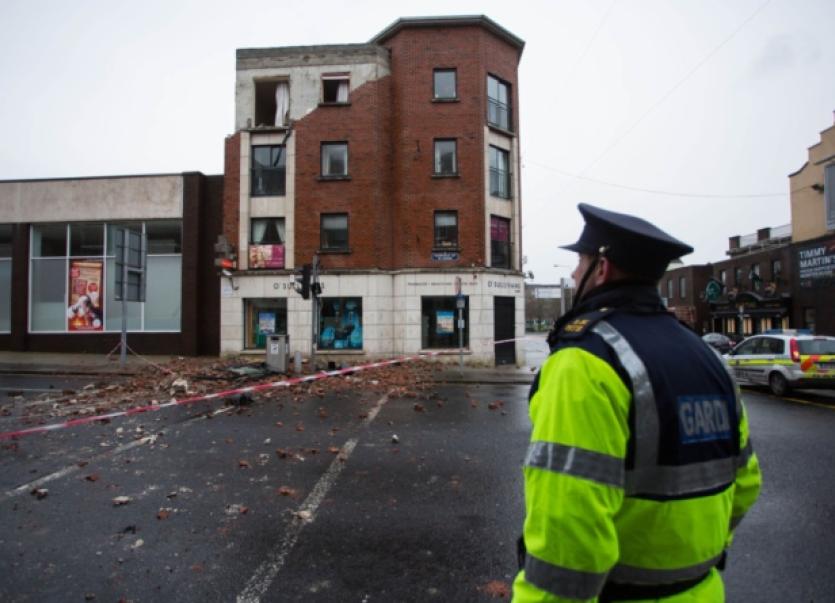 2014 was a phenomenal year for news in Limerick. It got off to a sensational start in January with the dramatic resignations from the City of Culture board, and there was rarely been a quiet reprieve since.

2014 was a phenomenal year for news in Limerick. It got off to a sensational start in January with the dramatic resignations from the City of Culture board, and there was rarely been a quiet reprieve since.

The top 20 most read stories of the year on our website reveal the news that dominated the most, and what subjects captured the public’s attention. Occasionally it is some seemingly innocuous stories which do not make the front page that attract the most readers online. Even our own and much-loved columnist Patricia Feehily couldn’t escape the firing line in February, when she wrote in her column of her belief that “Irish language speakers are the most pampered and the most indulged minority group in the whole EU”.

“I think it’s time someone had the guts to tell them that they are not, by any means, the biggest priority facing the country at the moment,” she wrote, and in fact, she did just that, with many other readers backing her views.

People’s preoccupation with the weather held true, as Limerick Leader’s coverage of the flood and storm damage in February claim four of the spots in the list.

However, it was the tragic deaths of several Limerick people who accounted for the majority of stories in the most read list. Chief among them was the search in March for LIT student Steven Kavanagh (21), whose body was later found near the ESB station in Ardnacrusha in March. In June, Garryowen mourned the tragic passing of 23 year-old mother of one Stephanie O’Halloran, who died following a nine-month battle with cancer, after €28,000 was raised by the local community to help Stephanie receive treatment in Florida. The sentiments of her father Declan’s heart-breaking tribute to his beloved daughter were no doubt echoed by many people across the city and county who lost loved ones in the past year. “My darling, sleep tight and I promise you some day we will meet again. Until we do, good night and I love you.”

In October, eight year-old Sophie Mulcahy from Rhebogue passed away having bravely born a rare genetic condition called 1q43 - one of only 40 known cases in the world.

Her dad Liam had founded the charity Cycle 4 Sick Children and worked tirelessly to raise funds for children who, like Sophie, suffer with a serious illness.

The good deeds of Limerick’s millionaire philanthropist JP McManus are always popular with readers online, frequently receiving hundreds of ‘likes’ on Facebook alone, and he didn’t disappoint in November when it was announced that he is the new owner of the €30m Adare Manor.

Even Kim Kardashian and Kanye West, or Kimye as they are known, couldn’t compete in the viewership stakes, as their much publicised stay in Castle Oliver as part of their honeymoon failed to make the top 20 list. However, it was a court case heard in Kilmallock that proved to be the most read of the year, after Judge Mary Larkin urged car buyers to beware, after she dismissed a case taken by the mother of a student who ran into difficulties with her first car, which was advertised on Done Deal as a “fabulous little car”. Bought for €3,000, the Renault Clio turned out to be one major regret in 2014.

TOP 20 most read STORIES ON WWW.LIMERICKLEADER.IE THIS YEAR

5. Sadness in Limerick at funeral of tragic Sophie (October)

10. Our next storm is coming from the Gaeltacht (Patricia Feehily column, February)

11. The Rubberbandits team up with Brand for viral parody (November)

16. In Pictures: Floods cause havoc in Limerick (January)

19. Mum sentenced to jail over access rights to her kids (November)