Limerick to be seen by 10m on Indian television 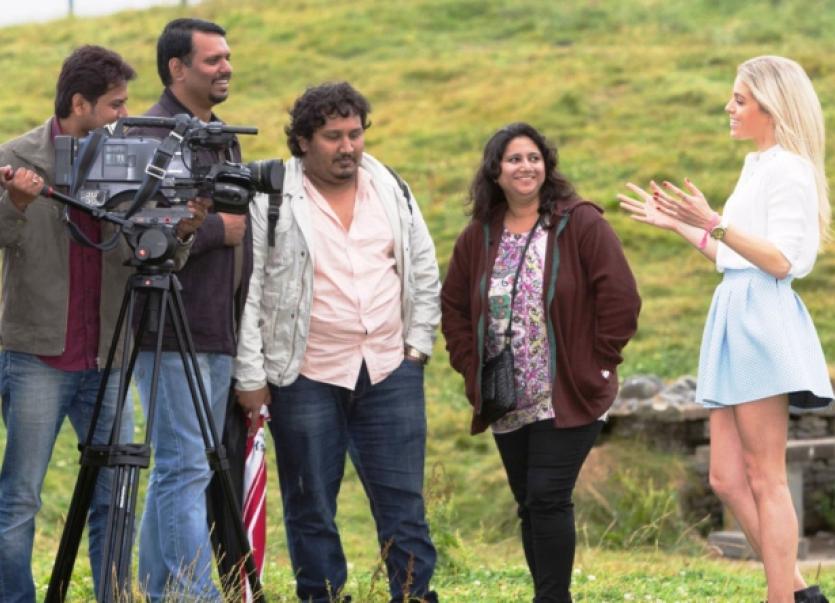 LIMERICK will be seen by 10m Indian television viewers as part of a tourism initiative, which will see the city broadcast on an Indian travel channel.

LIMERICK will be seen by 10m Indian television viewers as part of a tourism initiative, which will see the city broadcast on an Indian travel channel.

The Indian television channel travelxp HD, visited Limerick and Ireland last week as guests of Tourism Ireland and recorded some of the unique experiences holidaymakers can enjoy here.

Jim Paul, Tourism Ireland’s head of Australia and developing markets said that as a developing nation India has a rapidly growing tourism sector.

“Travel programmes such as this are an excellent way for Tourism Ireland to get positive exposure for Limerick in India. This programme will be seen by more than 10m potential holidaymakers - encouraging them to come and experience Ireland for themselves,” said Mr Paul.

The Indian travel channel captured footage of King John’s Castle and the Artist’s Eye exhibition at Hunt Museum, during their time in Limerick.

Initiatives as part of Limerick City of Culture were also captured by the crew, including many of the contemporary urban art exhibitions taking place around the city.

The programme will air this autumn on the Indian television channel travelxp HD.

Tourism Ireland has recognised that India is one of the fastest-growing tourist-generating countries in the world, India is expected to reach 50m outbound travellers by 2020.

Currently it is estimated that 21,000 Indian tourists visit Ireland year; this is expected to grow in the coming years.

“With a rapidly growing middle class and rising disposable incomes, the number of Indian people travelling overseas has grown by about 12 percent over the past six years; and forecasts for the coming years suggests an even greater rise.

“While visitor numbers from India are small, when compared to our more established tourism markets, it is important to remember that visitors from India spend more and stay longer than the average visitor,” added Mr Paul.

Overseas tourism accounts for 59 percent of all tourism revenue in Ireland.

Tourism is Ireland’s largest indigenous industry; responsible for over 4 percent of GNP in the Republic of Ireland and employing approximately 200,000.