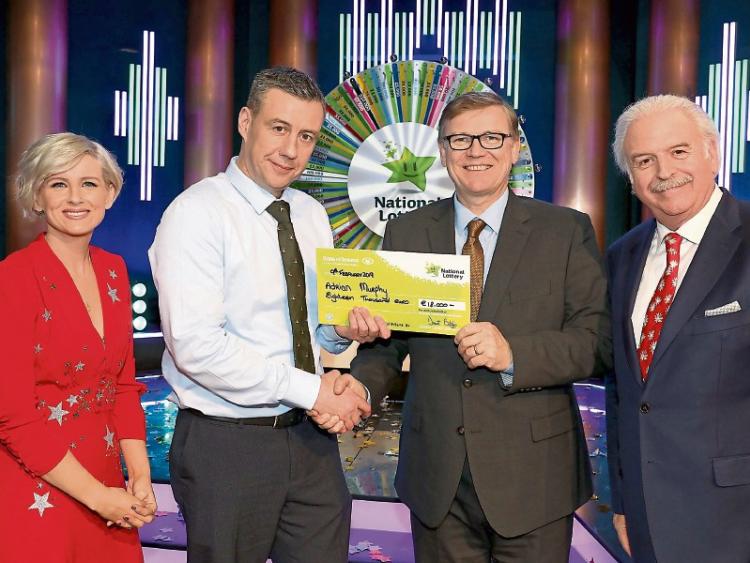 A TRAIN driver from County Limerick was right on track at the weekend when he won €18,000 on the Winning Streak TV game show on RTÉ One.

Adrian Murphy, from Clarina, had just finished his shift as a train driver two weeks ago when he turned his phone on and saw a number of messages and missed calls from his mother telling him that his name had been pulled out to appear on the National Lottery show.

Adrian told producers he didn’t believe his good luck until he got home and watched the programme back with his wife, Antoinette, on the RTÉ Player.

Married for seven years this September the couple have three children - Rebecca, Sam and Billy - who were all supporting their dad on the night.

Adrian is a sports nut and a huge Munster Rugby and Liverpool FC fan and also loves horse racing.

With his €18,000 winnings, he says he might change his car but says that the most important thing on his shopping list is an Optimus Prime Transformer robot toy for his little son Billy.

The National Lottery game show, co-presented by Marty Whelan and Sinead Kennedy, features some perennial favourite games as well but also brand new games including Play or Pay, Roll for Riches, WinFall and Electric Dream – where one player will win an electric car worth €25,000.

A brand new-look Winning Streak scratch card is available from National Lottery retailers in Limerick and all over the country, where as well as the chance to appear on the Winning Streak TV game show if you  get three stars.

Players can also send their scratch card stubs into the National Lottery where each week, on the show, one lucky player is drawn as the winner of a Luxury Cruise for two valued at €5,000.

The winner of this week’s cruise is Phylis Normoyle from Croom, County Limerick.