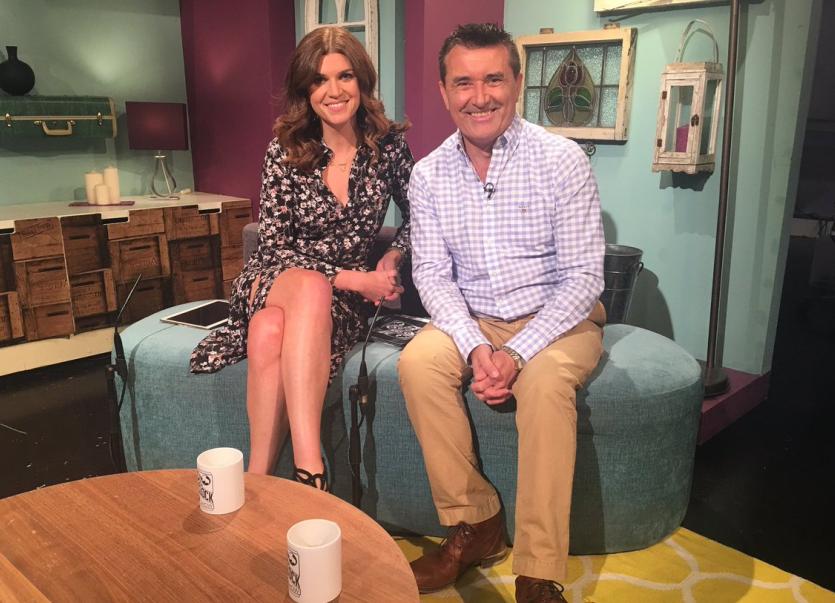 Muireann O'Connell with Martin King in the TV3 studios

The Dooradoyle woman will co-host the Irish evening-time television show which has replaced the Seven O'Clock Show following TV3's recent announcement of their new Autumn schedule.

"I am absolutely delighted to be the new host of The Six O'Clock Show on TV3," said Muireann. "Lucy Kennedy has been so lovely and supportive of my appointment."

"I adore this show. Everyone who works on it is amazing from the interns to the producers to Martin King himself. They all work so incredibly hard to put together an hour-long talk show every night," she added.

The former Crescent College student and Spin South West and Live 95fm presenter is a proud Limerick woman and hopes her new role will highlight the many positives the county has to offer.

"Limerick has produced some brilliant broadcasters from Terry Wogan to Vincent Browne, Emma O'Driscoll to Dermot Whelan. That's the beauty of Limerick, everyone has an opinion, a story, an inquisitiveness that makes the place great and certainly pushed me on in my career," finished Ms O'Connell.