Limerick primary school students co-ordinate to say NO to bullying! 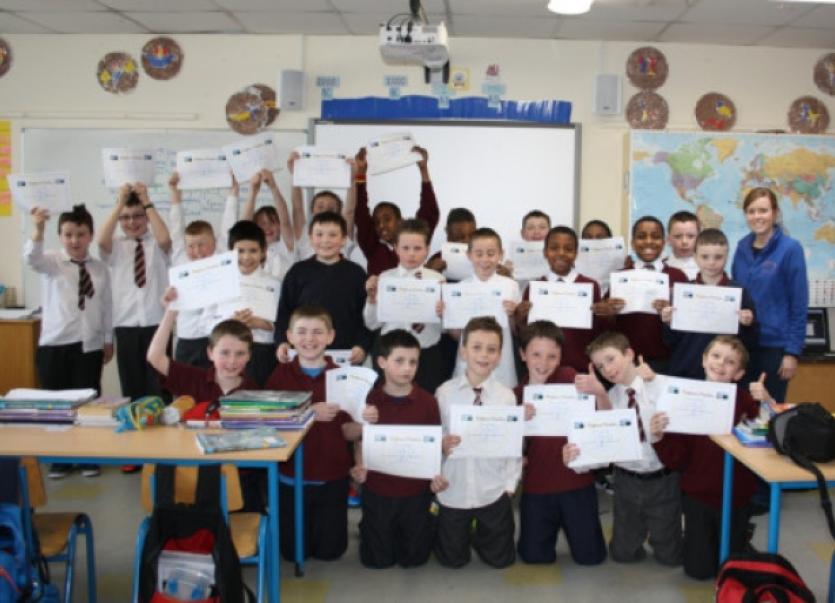 A NEW anti-bullying programme aimed at primary school students has been rolled out in two schools in the city.

A NEW anti-bullying programme aimed at primary school students has been rolled out in two schools in the city.

The scheme is being run by the group of community coordinators working in association with Limerick City Council and has worked with fourth, fifth and sixth class primary school students in Galvone National School and Scoil Chríost Rí, Caherdavin.

The aim of the programme is to increase students’ awareness around bullying and cyber-bullying in a time when social media is in the headlines, particularly locally, with incidents in Galbally NS and Colaiste Chiarain, Croom, in recent weeks.

“We need to get the students talking openly about the effects of bullying on all parties involved. Some students don’t realise the impact their behaviour can have on other people,” said Annmarie Hogan, one of the community coordinators involved in operating the five week schools’ scheme.

So far the coordinators say they have received “great feedback” from the schools involved with the scheme, and their ultimate goal is to roll it out across the city.

“The aim is to get students talking openly about the effects of bullying and so far the feedback from schools is excellent,” said Ms Hogan.

Ms O’Neill, a fifth class teacher in Galvone, said the anti-bullying programme had “helped to make the class more aware of the effects of bullying and cyberbullying”.

“Most of them use facebook already, so the programme gave them the opportunity to re-think their own behaviour and safety on the internet. I think the children are now better equipped to deal with bullying situations in the future,” she explained.