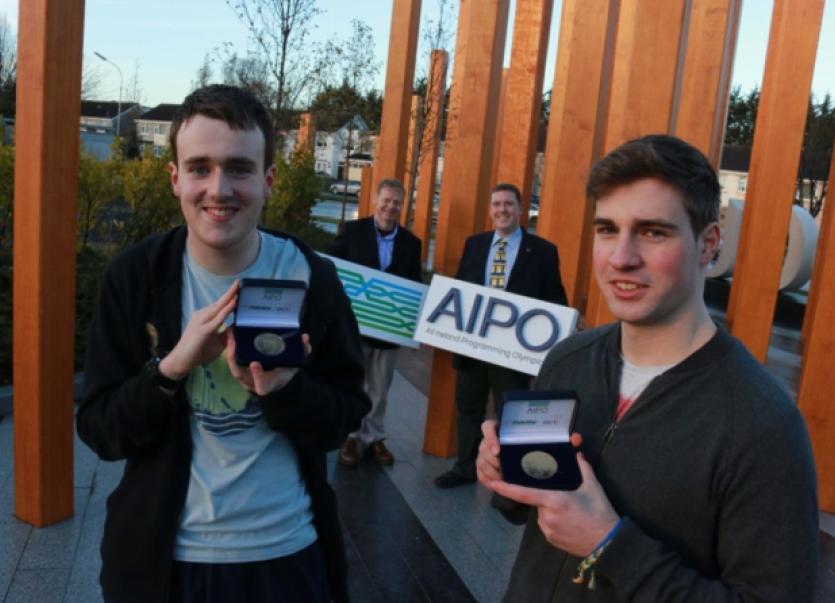 A BALLYCLOUGH student is coding his way to a career in computing after winning the junior section of a programming olympiad.

A BALLYCLOUGH student is coding his way to a career in computing after winning the junior section of a programming olympiad.

Cian McDonnell, 14, who is studying for his Junior Certificate at Crescent College Comprehensive, came out on top in the junior category of the All Ireland Programming Olympiad, which was held at Dublin City University.

He beat students from 14 other counties to land the prize at the contest.

To win, Cian had to decipher four coding problems and translate them into a working code over a five hour period in which he, and other contestants, were cut off from the outside world.

Coding is a key part in the process of writing new computer programs.

The teenager responded to a call from competition organisers to enter the contest, by submitting a series of problems online.

His proud father John explained: “He was presented with a number of problems, and he had to code his solutions. He submitted it online, and thereafter, the top number of students who submitted their solutions online were invited to the final.”

John said his son has always been interested in coding, and attends the Coderdojo school which takes place each week at LIT.

Asked what made him stand out, he added: “I think it is a combination of being able to solve problems on a mathematical basis. Coding skills are developed through the Coderdojo school.”

Unfortunately John could not be in Dublin to see his son win the title - but he was glued to his laptop to find out how he was getting on.

It does not look like Cian will follow his parents into an accountancy career, with John saying: “I think he definitely wants to do something in science. He is doing his Junior Certificate but he is totally focused on science. Both myself and my wife are accountants, and he said we were boring, so I am not sure he will want to do anything on that side of things!”

Cian won a gold medal, and a Acer laptop computer.

Last year he finished third in Google’s Call to Code competition and represented his school in the Young Scientists Competition 2014.