Limerick Press Ball to benefit charities in the region 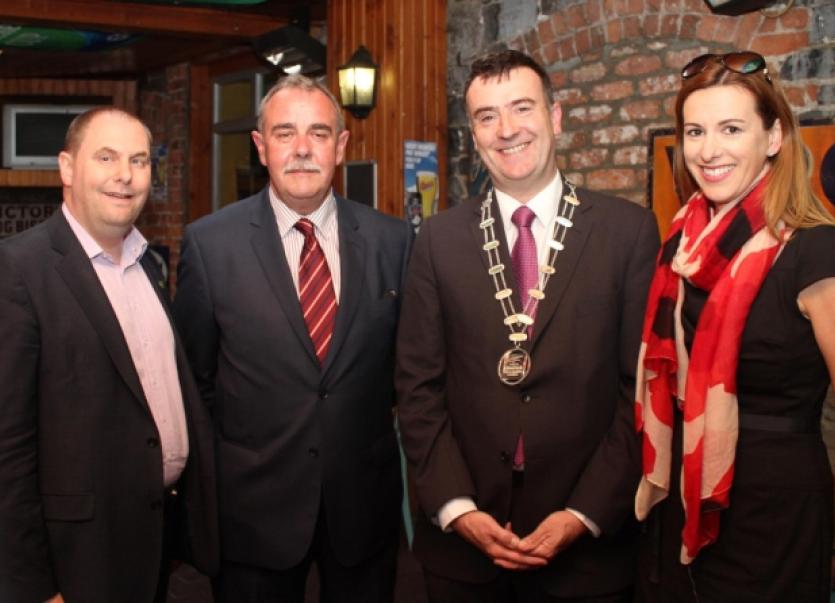 THE Vodafone sponsored 2014 Limerick Press Ball was launched this week, with Rape Crisis Mid-West and Cliona’s Foundation the main beneficiaries.

THE Vodafone sponsored 2014 Limerick Press Ball was launched this week, with Rape Crisis Mid-West and Cliona’s Foundation the main beneficiaries.

Education minister Jan O’Sullivan and Leas Cathaoirleach Joe Crowley attended the launch in Bobby Byrne’s pub for the event, traditionally a highlight on the city’s social calendar, which will take place in the Radission Blu Hotel on October 4 and hopes to raise in the region of €20,000 for charities in the region.

“It is great to see the media industry coming together and doing something for other groups that are doing a lot of hard work. It is tremendous the way everybody rows in behind us,” he said.

More than 250 personalities from the region’s television, radio and print media will attend the ball, first held in 1952 as an opportunity for journalists to meet on a special social occasion.

Although it faded in the 1970s, it was revived in the 1990s, and the past four Press Balls have succeeded in raising over €120,000 for local charities.

“We have raised an awful lot of money since the event was revived for very worthwhile and deserving groups of people and organisations,” explained Mr Kirwan.

“We would like to see our friends coming along, no matter who they are, whether they are in the industry - and the industry will row in behind us, but we love to see other people coming on board as well.”

Verena Tarpey, fundraiser with Rape Crisis Mid West, said: “We are in need of events like this to keep our services maintained and open.

“We are very excited to be chosen as one of the main beneficiaries. Funds and our financial situation is obviously a huge factor, but not only that, to raise awareness of our centre in the consciousness of people is also a critical factor for us.

“We hope it will not only lead to people, if they feel the need, to contact our centre, but also increase perhaps volunteering within the centre, and also increase the awareness of people and our need for financial assistance to keep the services open,” she added.

Other charities to benefit will include Console and Focus Ireland.

Cllr Crowley hailed the event and media in the region as “phenomenal”, while Minister O’Sullivan said there was “great teamwork” involved in the ball and praised the endeavour to raise money for “really good causes” in the region.

“Keep up the brilliant work of running the Press Ball,” she said.

“It is an old tradition that goes way back and it is a fabulous idea and nobody knows how to throw a party like the members of the press,” she added.