Tweets that began an outpouring of pride in Limerick 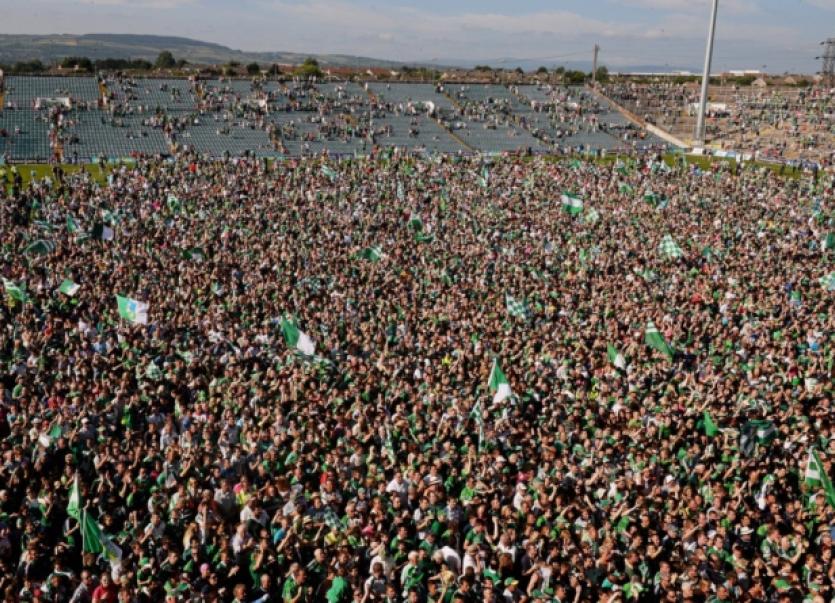 THE power of social media was demonstrated in stirring fashion as a series of simple tweets started an outpouring of civic pride in Limerick.

THE power of social media was demonstrated in stirring fashion as a series of simple tweets started an outpouring of civic pride in Limerick.

A social media initiative using the #LimerickAndProud hashtag was sparked by local councillor Daniel Butler in response to Donal MacIntyre’s Breaking Crime programme, which was broadcast on TV3 on Monday night.

“Can we try get #LimerickAndProud trending?” tweeted Mr Butler.

The Twitter response was immediate and massive, reaching at least 600,000 accounts on the social platform by Tuesday lunchtime, with people sharing pictures and simple messages about their pride in Limerick.

There were almost four million impressions for the trend over a 12-hour period.

One example, by freelance photographer Diarmuid Greene, typified the response: “I love this city with every ounce of my being. Nothing or no one can change that.”

Cllr Butler said he was “overwhelmed” by the response.

“It is great to see Limerick people empowering themselves and being proud of their city,” he explained.

“Rather than, sometimes when we see things in the national media, we can often become defensive when we have nothing necessarily to defend. It is good to see pride in our city and it has been a great thing, the reach has been incredible and the reaction has too, it has gone all over the world and back again, which is great to see.”

Analysis done by Nigel Dugdale for the Limerick City Centre account showed that over 1,500 tweets were sent by 349 contributors over a 10-hour period. The @limerickcitybiz account had 1.2m impressions alone.

Mr Dugdale, who represents the city business association and works with Limerick Marketing Company, said the reaction was “phenomenal”.

“Rather than be reactive and sensitive to negative press, we didn’t respond in relation to the documentary itself, we simply took it on ourselves to talk about positive things about our city,” he said.

“I think it is an opportunity now for us to take that hashtag and turn it into a marketing tool that will allow people around the world to talk about their love for home and people internally to talk about their thoughts and spread out a positive message.

“You couldn’t pay for advertising like that,” he added.

Cllr Butler said that the legacy of City of Culture had a role to play and had spawned a “renewed sense of pride in our city and a new engagement and being active in promoting it”.