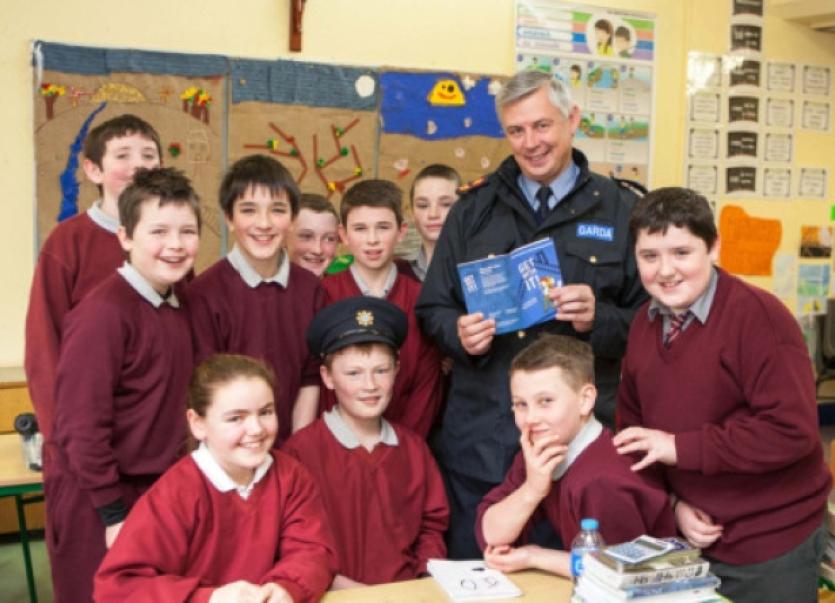 TO THE majority of us over a certain age a troll is a mythical creature in fairy tales, but to the younger generation they are very real.

TO THE majority of us over a certain age a troll is a mythical creature in fairy tales, but to the younger generation they are very real.

Internet trolls, cyber bullying, abusive texts are all terms that have emerged in the last number of years.

To anybody under the age of 30 bullying meant name calling or a beating behind the bike shed. At least the victim knew when school was over they were safe at home.

Now it can be 24 hours a day with text messages, social media comments, websites, pictures or videos sent over the internet or by phone, e-mail, the list goes on. Bullies can hurt you as easily in your bed at 3am as after school. There is no escape.

Bruff gardai have rolled out a campaign to tackle cyber bullying called Connect with Respect in the 40 plus primary schools in the district – the largest in the country. They speak to fourth, fifth and sixth classes, and will then move on to first years in secondary schools.

Parents have contacted the Leader to praise the initiative and Superintendent Alan Cunningham allowed us to sit in at their next talk in Scoil Dean Cussen in Bruff.

The sessions are given by Garda Edel Moloney and Garda Natasha Walsh and the responses from children in every school are practically the same.

“We are trying to give them a bit of guidance that they can take with them as they grow older,” explained Supt Cunningham.

The seriousness of cyber bullying was brought home to everyone in Ireland after what befell the Gallagher family last year.

An investigation was launched into claims 13-year-old Donegal teenager Erin Gallagher had been the victim of cyber bullying before she took her own life Erin had posted comments on a social networking site before her death reacting to people she claimed had been bullying her.

Less than two months later her older sister, Shannon, 15, took her own life.

A survey found Ireland has the highest levels of cyber bullying in the EU with a quarter of nine to 16-year-olds experiencing some form of bullying, both on-line and off-line.

Garda Moloney and Garda Walsh are visiting schools in south and east Limerick to educate pupils about cyber bullying, understand the impact it can have and enable them to respond effectively if it does occur.

Garda Moloney asks 52 fifth and sixth class boys and girls in Bruff what is bullying?

“Being mean,” one pipes up. “Making someone feel bad,” says another.

What is cyber bullying asks the garda?

“Bullying over the internet” and “mocking them on Facebook” are the immediate responses.

One astute child points out that for cowardly bullies it is easier to bully on-line because “you don’t have to look at the person”.

Garda Moloney holds up a poster of a text message with the words, “Everyone hate you”.

She asks the children how would the person who gets this feel.

Sad, horrible and lonely are the replies.

Garda Moloney lists four rules for children who get abusive messages on-line or by text.

Despite all the on-line tools they still diligently write them down in their copy books. Nice to see some things don’t change.

If your friend shows you an abusive message and tells you not to tell, you should tell someone stress the gardai.

“Because the boy or girl might be afraid to do it,” sums up one child.

On their travels the gardai have found the vast majority of children they have spoken to have mobile phones and around half are on Facebook.

They prove how easy it is to be someone you’re not on the internet by asking children how many are on Facebook and hands shot up in every school.

The problem is you are supposed to be 13 to join.

Everyone is not who they say they are on the internet, she stresses.

“I could pretend I was a 12-year-old boy called John on the internet but could I walk in here today and say my name is John?” asks Garda Walsh and the class erupts into laughter!

Her message is received loud and clear.

She warns against putting too much information about yourself available to others, for example, saying you live at 1 Main Street, Bruff and you are going on holidays from March 1 to March 7.

Again the children giggle, although there are some adults who could learn from this advice.

Garda Walsh says an internet troll’s whole purpose is to make you angry.

“If you say black, they will say white. Block them and report them,” she said.

The garda sums up the half an hour talk very well when she said: “Anything that makes you feel sad on the internet is wrong and you should report it.”

Garda Walsh says you can be anonymous to a certain degree on the internet but can’t be completely anonymous because everything is saved somewhere.

“We can always find out if we have to,” said Garda Walsh, who spoke to the children about how to use the report button on websites and how to take a screen shot of an upsetting message. The gardai stress to never, ever, arrange to meet anyone you met through social media and with that it is back to normal lessons having learned many valuable ones.

Acting principal, Joan O’Connor said they welcome the initiative as cyber bullying can be such a serious issue.

“In Scoil Dean Cussen we promote a positive school climate which emphasises treating everybody with respect. The presentation by the gardai reinforces this,” said Ms O’Connor.

Gardai managed to convey their important message in an accessible and child  friendly way.

Good practical advice was mixed with moments of humour.

This instance didn’t happen in Bruff but when asked what website children in the class looked up one boy said “DoneDeal, to check the price of calves’.