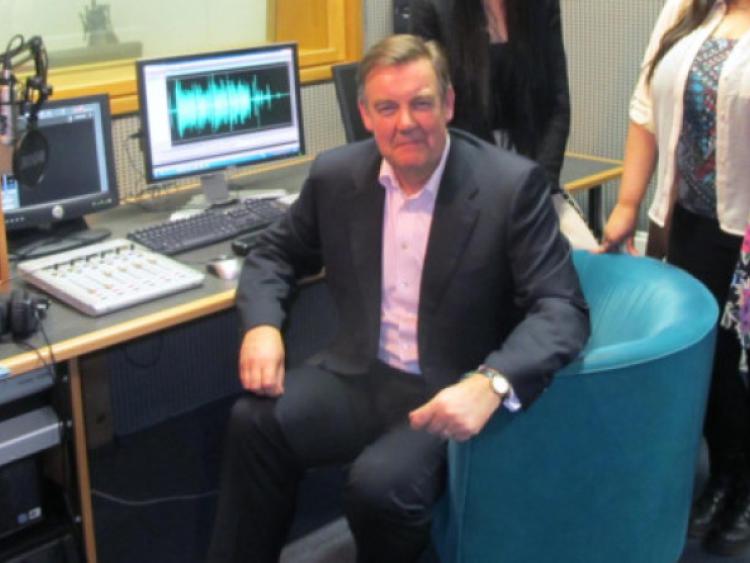 NEWS anchor Bryan Dobson said he is looking forward to working with the “next generation of reporters”, as he has been announced as adjunct professor of public service broadcast journalism in the University of Limerick.

NEWS anchor Bryan Dobson said he is looking forward to working with the “next generation of reporters”, as he has been announced as adjunct professor of public service broadcast journalism in the University of Limerick.

Mr Dobson, 53, who is main anchor of the flagship Six One News programme on RTÉ One television, will take up his appointment on September 1 for a three-year period.

This is an honorary, unpaid part-time position and Mr Dobson will continue to work for the State broadcaster RTÉ.

Speaking on Live 95FM, he said he was approached by the journalism faculty last year to do a series of workshop for students, and was then asked to do it “on a more formal basis”.

He said he is looking forward to preparing for the role, which will give him the opportunity to “deconstruct and reflect” on his work.

While the journalism course in UL has only been established for a number of years, he welcomed the investment in a full-time professor of broadcasting in the autumn.

UL president, professor Don Barry said the appointment to this “reflects the university’s ongoing commitment to public service journalism, which is of fundamental importance to Irish democracy.”

Head of the school of culture and communication, Professor Margaret Harper said the appointment was a tremendous boost to journalism education at UL.

He will join former editor of The Irish Times, Geraldine Kennedy, and Sunday Times columnist Justine McCarthy, who are also adjunct professors of journalism at UL. In recent months, the award-winning novelist Joseph O’Connor was appointed as the Frank McCourt Chair of Creative Writing, who leading the MA creative writing programme at UL from September next.