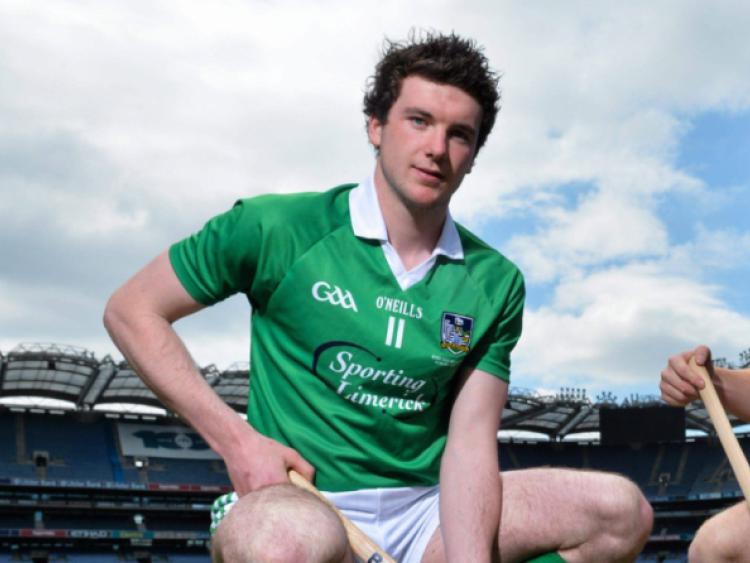 STAR hurler Declan Hannon is urging the young people of Limerick to “think for themselves” and avoid taking part in the online drinking challenge, Neknomination, which he has branded as “ridiculous”.

STAR hurler Declan Hannon is urging the young people of Limerick to “think for themselves” and avoid taking part in the online drinking challenge, Neknomination, which he has branded as “ridiculous”.

There has been widespread condemnation of the social media-driven craze following the death of a young Carlow man who took part in the activity on Saturday and died soon after.

The activity involves people filming themselves drinking, or “necking”, large quantities of alcohol and other substances, posting the video online and then nominating two others to do the same within 24 hours. The stakes are often raised with people also carrying out precarious stunts. Hundreds of people across the county and city have participated in the chain-game since it caught on in recent weeks.

“I had seen a few on Facebook and my first reaction was, it was ridiculous. It was pure stupidity out of people,” said Declan, who plays intercounty hurling with Limerick.

“It is a kind of a bravado thing – I’ll better him by drinking more.

“One thing that really riles me is that people don’t think for themselves, and they follow a pack. Two people have died, that is the consequence of it.”

The trainee teacher is particularly concerned about how footage of people taking part in the drinking challenge will influence the younger generation of social media users. “There are children as young as 13 or 14 on Facebook and obviously they see this and try to mimic their elders which isn’t good,” he said. “It annoyed me seeing all the videos going on, and it’s still happening,” added the Adare man this Wednesday.

Among the more extreme examples posted online include a man drinking a mixture of vodka, cat food and urine. There has also been a reported increase in the consumption of live goldfish since the drinking game went viral.

“People are putting everything and anything into the drinks now - anything they can get their hands on, obviously that is not good for your health,” continued Declan, a student of Mary Immaculate College. “I’m all for people going out and enjoying themselves and having a few drinks - we all do that, but these are extreme cases. People are drinking large amounts of alcohol in a short a period as possible. If people keep doing it, it is only a matter of time before something else tragic happens.

“The two deaths - if that doesn’t show people what can happen, by doing Neknominations, then I don’t know what’s going to stop them.”

The body of Jonny Byrne, 19, was taken from the river Barrow in Carlow on Sunday morning. According to his brother Patrick, Jonny thought he had to try and beat the competition and after he necked his pint he jumped into the river.

Neknominees who refuse to take part in the challenge and break the chain are subject to online ridicule.

In an effort to put a positive spin on the concept of online nominations, Trevor Griffin, a teacher in Castletroy College is encouraging his students to post details of a good deed they have done, on Facebook, instead of giving into peer pressure and taking part in the drinking game. “I had seen Neknominations come up on the timeline on my Facebook page and I thought it was a pint of beer they were drinking. I thought grand, who hasn’t really done that in their early 20s but then I came across a guy drinking vodka, beer and a bottle of Calpol and I thought this is getting out of hand, obviously they are trying to better each other.

“I decided why not do something positive with my fifth years on Monday morning so I’ve encouraged them all to put something up on Facebook in relation to a good deed they have done, and then nominate somebody to do that.”

The geography and religion teacher who hails from Patrickswell says that if a person is nominated through Neknominations, then they should try to change the game. “I saw Pat Begley who is a Limerick hurler, necking a protein shake and I thought that was a positive spin on it.”

Superintendent Alan Cunningham of Bruff garda station said that while there have been no Neknomination-related incidences reported in the district, he would be discouraging people from consuming large volumes of alcohol. “People who consume large amounts of alcohol can, a lot of the time, drive cars, cause accidents and get involved in criminal acts, assaults and public order issues,” he said.