Mobile app adds up to success for students 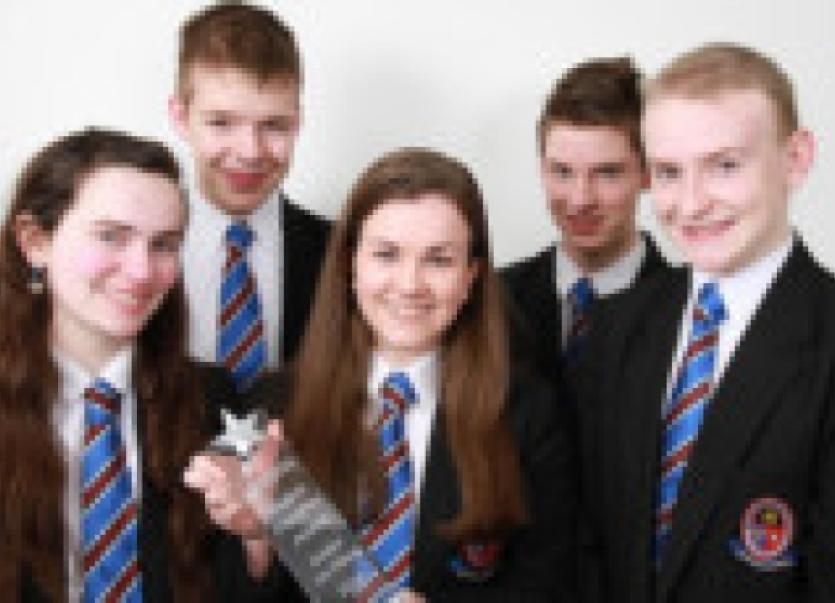 Students in Colaiste Chiarain Croom have won an award for their newly established business to produce mobile apps to help students prepare for their Junior Cert exams.

Students in Colaiste Chiarain Croom have won an award for their newly established business to produce mobile apps to help students prepare for their Junior Cert exams.

Their efforts resulted in victory in the Limerick County Student Enterprise Awards, and a prize if €300.

After receiving the prize the group said: “We were all so shocked, we looked at each other in disbelief, but were delighted that in the end all of our hard work was finally rewarded”.

Their first product is an android app called Professor Maths which caters for all the needs of a Junior Certificate Maths student by providing notes, questions and video help.

The students put in many long days to prepare for the regional final, as they created, designed and promoted the app themselves.

With the Junior Certificate still fresh in the minds of the transition year students, the project came about when they remembered how their friends struggled with sums.

Ian admitted he was not good at maths, saying: “I got together with four of my friends who are all A-standard maths students. Two and two came together and we provided the product so other students would not have to go through what I went through.”

They beat almost 100 students from across the county to be awarded the prestigious award. Over 33 groups from across County Limerick displayed their mini-companies. The event consisted of three judges chatting with all the groups and quizzing them on all aspects of the business.

The group will now proceed to the National Final of the Student Enterprise Awards which will be held in Croke Park next week. There will be representatives from each county and city presenting their business ideas.