New television station will have Limerick base 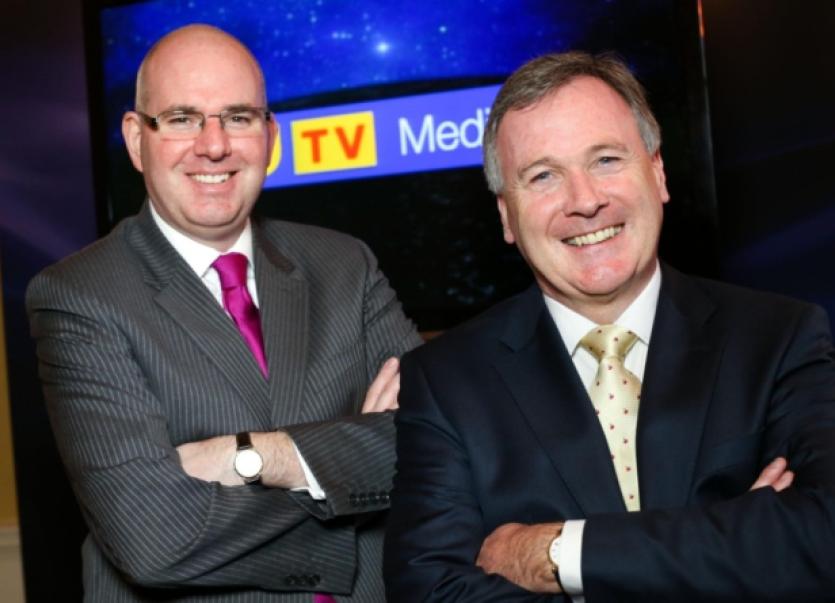 BELFAST-BASED UTV Media has announced plans to launch a new television station in Ireland, which it says will have significant operations in Limerick.

BELFAST-BASED UTV Media has announced plans to launch a new television station in Ireland, which it says will have significant operations in Limerick.

The company, which owns Limerick’s Live 95FM, confirmed this Wednesday lunchtime that it has lodged an application with the Broadcasting Authority of Ireland (BAI) for a Content Provision Contract.

A decision on the application will not be made until early in the new year and, if successful, UTV says the new station, UTV Ireland, will begin broadcasting in early 2015.

UTV Ireland will be headquartered in Dublin but will have offices and newsgathering operations in Limerick, Cork, Galway and Waterford.

Around 100 new jobs will be created but the company has not said how many of the new positions will be based at its regional offices.

It is unclear if the Limerick operations of UTV Ireland will be based at Live 95FM’s studio complex on the Dock Road or at a separate location.

News and current affairs staff at Live 95FM currently provide content for the UTV Radio network in Ireland and it is expected they will also be supplying some content for the new television channel.

John McCann, group chief executive of UTV Media, said the new television station aims to build on the success of its existing radio operations in Ireland, which include 96FM and C103 in Cork as well as FM104 and Q102 in Dublin.

“UTV Media already has a very strong presence in the Republic of Ireland employing more than 300 people in our various businesses including our market leading Irish radio stations. We look forward to building on that success with the launch of a new Irish TV channel,” he said.

“UTV was the first commercial TV channel in Ireland when it launched (in Northern Ireland) as part of the ITV Network back in 1959 and for many years the only place where you could watch Coronation Street and the hugely popular ITV network programming. We intend to introduce UTV Ireland in early 2015 utilising the existing UTV winning formula of combining high quality news, current affairs, entertainment and drama,” he said.