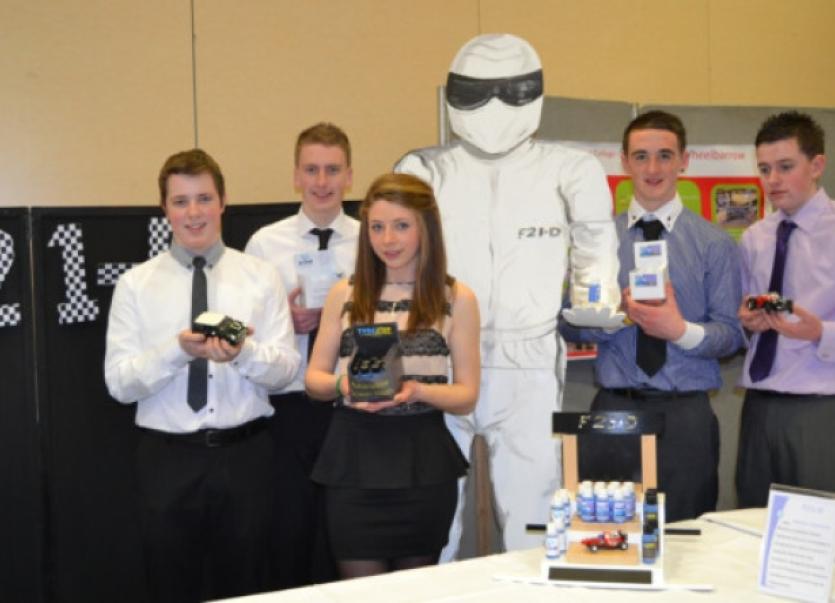 THREE finalists at the County Limerick student enterprise awards are set for their biggest challenge yet - when they bid for investment on hit RTE series Dragonsâ€™ Den.

THREE finalists at the County Limerick student enterprise awards are set for their biggest challenge yet - when they bid for investment on hit RTE series Dragonsâ€™ Den.

Now, they will face another tough test when they come face to face with the five â€˜Dragonsâ€™ on the investment show.

Senior students at Desmond College will be hoping for a hat-trick of awards this month.

Just days before their appearance on Dragonâ€™s Den airs, the team â€“ F21-D â€“ will represent Limerick in the Enterprise Awards Final at Croke Park.

They have designed and manufactured a screenwash product for cars which already has a strong sales record under its belt.

Also hoping for investment are students from Colaiste Iosaef.

Their product - Sideline 12-Pac - is a bag designed to hold up to 12 hurleys at a time.

And students from Salesians school have gone high-tech in producing a mobile phone application to help people learn how to use sign language.

Garry Lowe, of IT teaching company has organised the Student Enterprise Awards in Co Limerick for the past four years.

He is delighted to see three classes entering the den.

â€œThe whole idea behind the Enterprise Awards is to give students an insight into what it is like to run your own business. Half the ideas which are generated have real potential if they are followed through on. This is evidenced by the students appearing on the Dragonâ€™s Den. It is a real success story arising out of the competition,â€ he told the Limerick Leader.

The students appearances will air on special editions of Dragonâ€™s Den at the end of this month.

Dragonâ€™s Den is broadcast on RTE One at 9.35pm every Sunday.