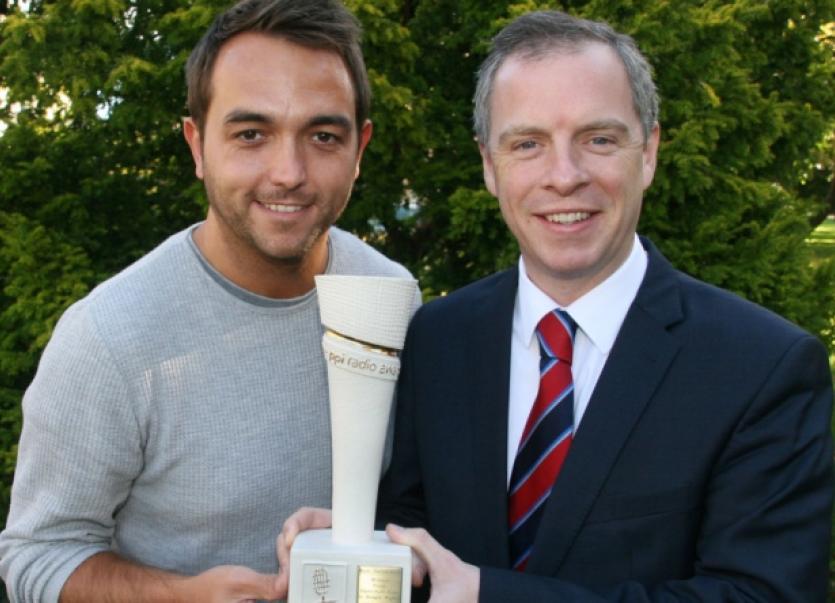 David Hurley and Nor

THERE was considerable Limerick success at the PPI Radio Awards, which took place in Galway at the weekend.

THERE was considerable Limerick success at the PPI Radio Awards, which took place in Galway at the weekend.

Popular broadcaster Will Leahy won gold in the Music Documentary category while Máiréad Heffernan from Abbeyfeale also struck gold on her first foray into radio.

Her documentary, Con Carey and the 12 Apostles, took the top award in the documentary category.

The documentary, which tells the story of Con Carey from Brosna who was buried twice in Mountcollins graveyard, was also a finalist at the New York World’s Best Radio programme awards earlier this year and has been shortlisted for an award at the Grand Prix Europa in Berlin next month.

But to her absolute delight, Con Carey and the 12 Apostles, has become the most downloaded programme in the huge archive of documentaries that is RTÉ’s Documentary on One.

“I am over the moon,” said Máiréad who is a beauty therapist, sports injury masseuse and homeopath.

“I love radio. But I had never before been involved in radio, never made a documentary. It was an experience.”

Her inspiration for the documentary was a story told her when she eight years old by her Brosna grandfather, Tim Finnegan. And she co-produced the documentary with Liam O’Brien who also has Brosna connections.

“I was so lucky with the story,” Máiréad said. “I knew I had a great story. I knew it would make a fabulous documentary. Not for one second did I expect it to go as far as it did.”

It helped hugely, she added, that she was very well known in Brosna through her family connections and people opened up to tell the story.

“They are just so proud of the 12 Apostles,” she said.

Meanwhile, popular RTÉ 2FM presenter, Will Leahy, says he was thrilled with his award.

His documentary, From Dance Hall Days to Boogie Nights - 50 years of Irish Disco, was broadcast on RTÉ Radio 1 on New Year’s Day.

“I had this idea because I had read an article last year that the fiftieth anniversary of the first time a disco was ever held in Ireland was happening.It was something I knew about having worked in discos all my life and I knew it would be very interesting to hear the 50-year evolution of it,” said Will who produced and presented the documentary.

“Also every Irish person has spent a lot of their youth in a disco and I’ve never seen or heard a documentary or read a book about it,” he added.

A number of well-known local celebrities such as Mickey Mac and Celia Holman-Lee feature in the documentary, which was edited by fellow Limerick man JJ Hartigan.

Meanwhile, Limerick-based Spin South West, won a gold award in the Music Special/Music Event category for its weekly ALT programme, which is presented by Ray Wingnut.

Limerick’s Live 95FM also enjoyed some success at this year’s awards, which are regarded as the Oscars of the Irish radio industry.