The Rubberbandits gear up to bring ‘anarchy’ to ITV2 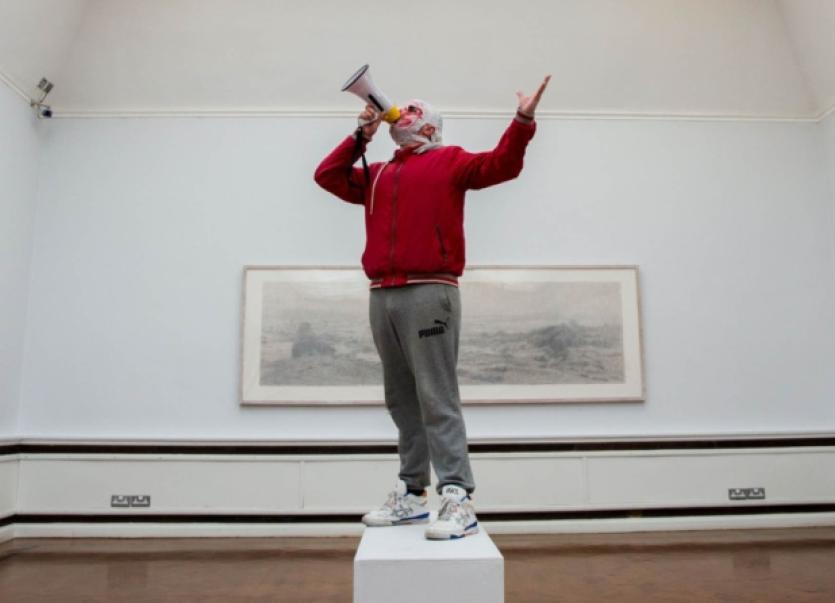 LIMERICK will soon be responsible for anarchy in the UK – in the form of two plastic-bag-wearing comedians who hail from the city.

LIMERICK will soon be responsible for anarchy in the UK – in the form of two plastic-bag-wearing comedians who hail from the city.

The Rubberbandits have landed a television deal with ITV for a new game show launching later this year.

The duo will provide what is being billed as “anarchic” commentary for six hour-long shows on ITV2’s The Almost Impossible Game Show.

The show is being made by Endemol Shine – producers of Total Wipeout – and sees contestants attempt impossible tasks, so difficult that they are given 50 ‘lives’ just to complete a handful of them.

Think challenges like attempting to put on a pair of trousers while on a treadmill, or cycling a tiny bike along an balance beam and you will get the idea. It sounds like a concept dreamed up inside the warped minds of the Rubberbandits themselves.

“It’s a project we’ve been working on with Endemol for a while,” said Blind Boy Boat Club.

“It’s basically loads of Brits falling over in the mud and us laughing at them. Haven’t a clue when it’s going on TV. But we are looking forward to taking the piss out of the Craic and Tans,” he added.

The Rubberbandits already have pedigree on UK television, having starred in a series of episodes for Channel 4 in 2012, a pilot for which was produced in Limerick.

In recent years the rappers-comedians have focused on live shows, bringing their Continental Fistfight - a “musical about Limerick that we have taken all over the UK” - to Shakespeare’s Globe, London’s West End, the Edinburgh Fringe Festival, and, most recently, performing in Venice as part of the celebrations around Ireland’s entry to the Biennale.

The hit stage show sold out some 60 nights in London last year, winning rave reviews for the duo.

The ’Bandits have also been confirmed to return to the Comedy Tent at the already sold-out Electric Picnic music and arts festival in Stradbally in September.

Picnic organisers claim that the duo’s 2014 appearance “saw the comedy tent nearly lift off its moorings”.