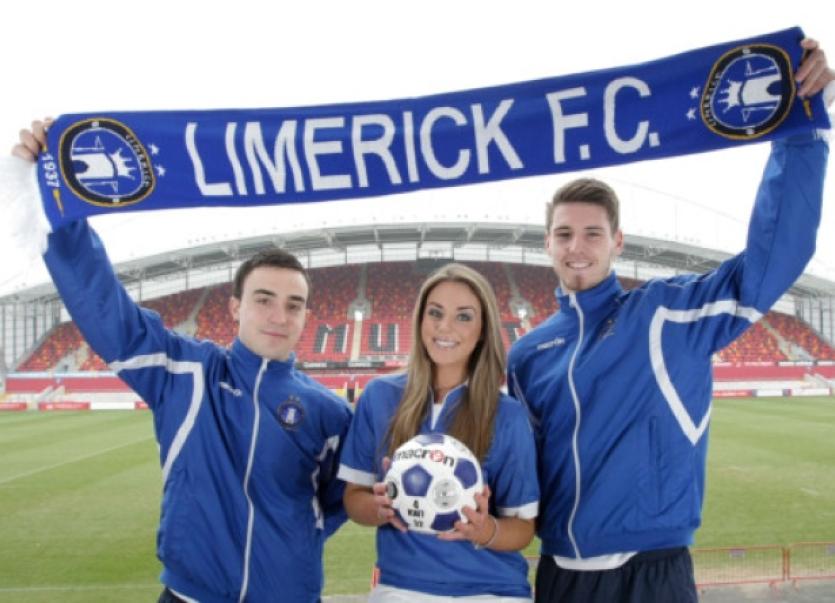 EXCITEMENT is building throughout the city and county as Limerick FC prepare to play their first top flight League of Ireland match in 19 years this Sunday at Thomond Park.

EXCITEMENT is building throughout the city and county as Limerick FC prepare to play their first top flight League of Ireland match in 19 years this Sunday at Thomond Park.

The match against Cork City will be shown slive on Network Two at 5.15pm but the club would encourage fans to turn up in person to cheer on the Super Blues against their Munster rivals.

The West Stand and West Terrace will be open to home supporters. Tickets for the West Stand will cost €15 with €10 tickets available for OAPs, students and under 16s. Terrace tickets cost €10 for all adults with under 12s accompanied by an adult gaining entry to both areas for €5.

For those travelling from the city, Bus Eireann will be providing a shuttle service to Thomond Park from the Dunnes Stores on Henry Street starting at 3pm and running every 20 minutes up to kick-off.

Limerick FC will be providing secure public car parking at the Limerick Institute of Technology (LIT), Moylish campus next to the stadium on the West Stand side. There will be a nominal car park fee, drivers should enter through the Cratloe Road gate to LIT.

Match goers can now prebook their parking online for Q-Park Harvey Quay. This innovative approach by Q-Park and Thomond Park, not only guarantees customers a space on match days they also get to avail of the reduced parking charges.

Customers can simply prebook parking online, park their car, enjoy lunch or Sunday shopping in the city centre before making their way to the stadium. There are a range of options, including all day parking for €8 and afternoon parking for €5.Limerick FC have been busy this preseason making sure they have a squad capable of competing in this season’s Airtricity Premier Division.

Belgian Axel Bossekota, Englishmen Robbie Williams and Craig Curran, Scots Danny Galbraith and Jonathan Tiffoney have all signed on to bolster the ranks as the season kicks off this weekend.

See our 12-page special on Limerick FC in this weekend’s LeaderSport.