Just the ticket as Orla meets her heroine Grainne 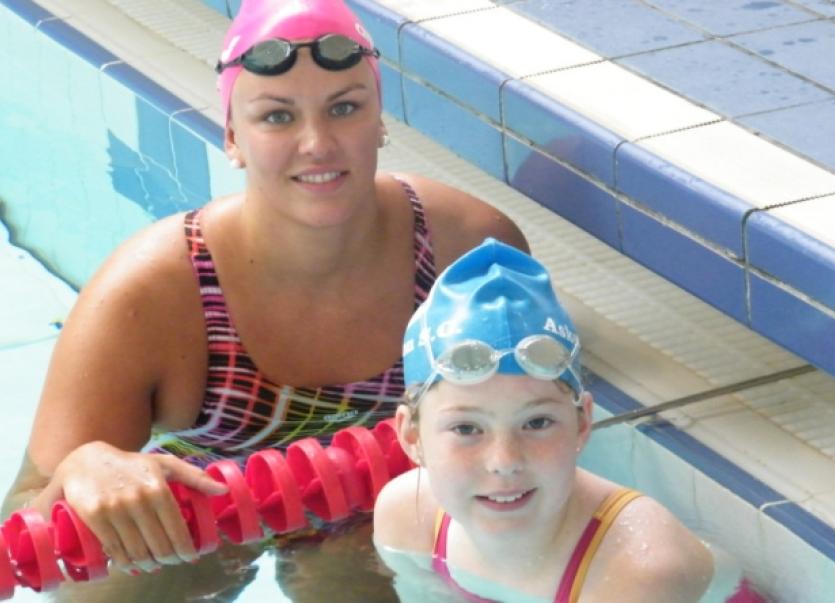 DREAMS do, sometimes, come true. And for 11-year-old Orla Fahy from Rathkeale, it was a TV programme, Una’s Dream Ticket which made it all possible.

DREAMS do, sometimes, come true. And for 11-year-old Orla Fahy from Rathkeale, it was a TV programme, Una’s Dream Ticket which made it all possible.

During the summer, Orla’s dream of swimming alongside Irish swimming champion Gráinne Murphy became reality - and it will be there for the nation to see when the programme is aired over the Christmas holidays.

Orla is the daughter of Karen and Mark Fahy and is a fifth class pupil at St Anne’s NS in Rathkeale and has loved swimming ever since she was a tiny baby. She first tried out for Askeaton Swimming Club when she was just six years old and has been swimming and competing at galas ever since.

But her wish always was to swim along with Gráinne. She first wrote to the Jedward Dream Factory “but they never got back to me”, Orla explained to the Limerick Leader this week. But undaunted, and despite warnings from her mum not to get her hopes up, she wrote off to Una’s Dream Ticket. “I said I would like to meet Gráinne because I love swimming.”

During the summer holidays, Orla had her very own one-to-one workshop and training session with Gráinne in the pool at UL. “It was really great to meet her. I really enjoyed the day,” Orla recalled. “She gave me tips. I wasn’t that good at butterfly but since she told me what to do I got better at it.”

Orla’s mum, Karen, was equally impressed with Gráinne. “She is a really lovely girl and was so lovelly to Orla, who is not totally star-struck. She did listen to everything she was told and is now close to making her B-times in swimming which is really a testament to the advice Gráinne gave her.”

But Orla also enjoyed her day in the Dublin studio with the show’s presenter and dream-maker, Una Healy, from girlband The Saturdays.

“It was really good, the place was really cool,” was Orla’s take. And she is not a bit phased about seeing herself on TV when the show goes out on January 2.

The 11-part series begins on Christmas Day at 11am on RTE Two and runs each day until January 4. The programme is repeated at 6pm each evening. Meantime, Orla is getting on with some of the other loves of her life, playing guitar, playing piano and playing games with her brother Jack. She will also be one of the singers in the St Anne’s school choir who will perform next Thursday, in the concert Written in the Stars which will take place in St Mary’s Church, Rathkeale.