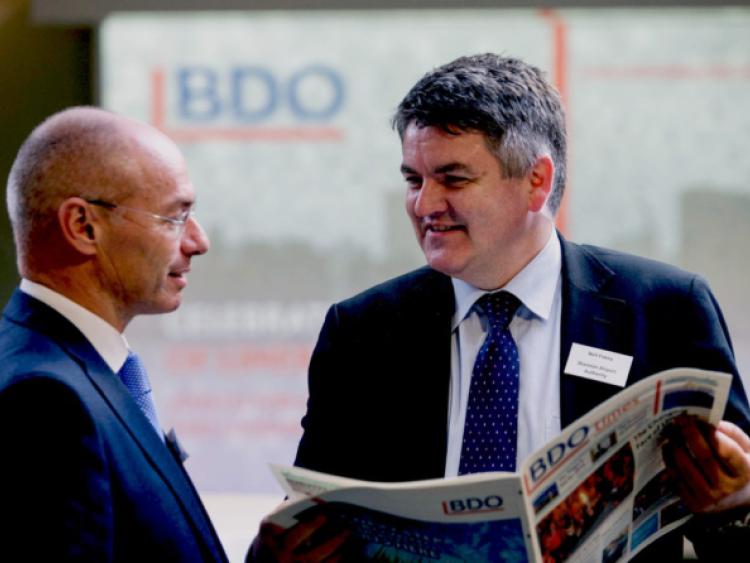 CITY accountancy firm BDO has produced a commemorative newspaper focusing on the positive news the region has enjoyed over the last year.

CITY accountancy firm BDO has produced a commemorative newspaper focusing on the positive news the region has enjoyed over the last year.

The publication - BDO Times - was launched by Conn Murray, the manager of Limerick City and County Councils at a reception attended by more than 120 local business people.

Contained in the publication are stories focusing on the merger of City and County Council.

The chief executive of Special Olympics Ireland Matt English also wrote a piece entitled ‘There’s something special about Limerick’, with the Irish games set for Thomond Park next summer.

Chamber chief executive Maria Kelly also writes a piece entitled ‘Doing Business in Limerick’, while Paul Nestor of BDO Limerick argues that home-grown small to medium sized companies are the ones to reignite the economy.