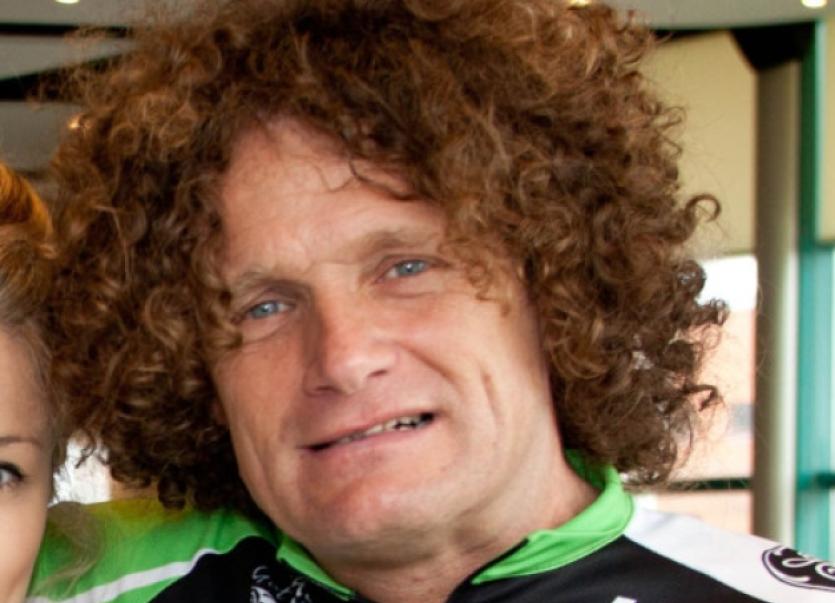 LEGENDARY runner and fitness trainer Richie Clifford will be leading the masses again this week, but this time he’ll be teaching people how to cool down instead of warming up.

LEGENDARY runner and fitness trainer Richie Clifford will be leading the masses again this week, but this time he’ll be teaching people how to cool down instead of warming up.

The former international runner appeared in the RTE2 programme The Gym as part of the Reality Bites series this Monday night, and said the reaction since then has been “ballistic”.

He has now been crowned ‘Mr Motivator of Ireland’ by the show.

“I can’t believe it. I don’t take it for granted. I’m the luckiest man in the world. Since I started this I’ve never had a quiet day in my life,” he told the Limerick Leader.

The grand-father and father of four, who admits he’s addicted to exercise, teaches two total body work-outs each night, from Monday to Friday, in the University Arena in UL, or 10 high intensity classes a week.

With a capacity for up to 180 people in one class, Richie said staying in a positive mood and motivating people is one of the main parts of the job. “I live for exercise, but the thrill factor is seeing people get off the couch and doing the Limerick run. It’s a change of life for them.”

Richie, along with his two daughters, Joanna and Kate, wife Carmel, and father Phonsie, 82, will all be doing the six-mile walk and run in Barringtons Hospital Great Limerick Run together this year together as a family.

“It’s a big thing for us, we always do it together,” he said.

Dave Mahedy, of the UL Arena, said in spite of these times of austerity, the number of people going to the gym “is actually growing”. “We’ve had a steady increase in participation, with over 600,000 visits a year to the University Arena, and anywhere between 8,000 to 15,000 visits a week,” explained Mr Mahedy.

This Wednesday night, the Barringtons Hospital Great Limerick Run will hold a stretching clinic in the Clarion Hotel at 8pm. The second clinic is specifically geared at pre-race training and stretching. The clinic has two guest speakers - Boston and Dublin marathon winner Neil Cusack and running guru Siobhan McCormack of Limerick Sports Store.

Richie Clifford will also host a 40-minute class on stretching. See www.greatlimerickrun.com to register for a series of races, with seven weeks remaining from this Sunday to the main event on May 5.