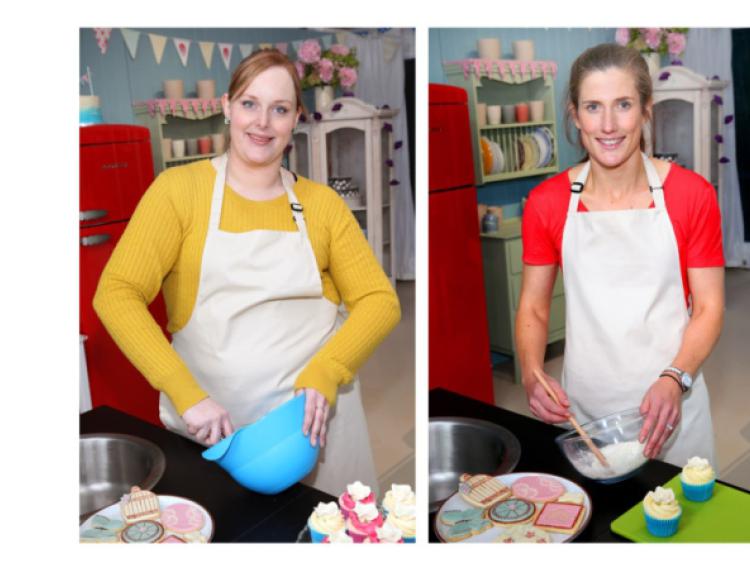 TWO Limerick women will be put to the test as they show off their signature dessert dish to the nation on the premiere of the Great Irish Bake Off this weekend.

TWO Limerick women will be put to the test as they show off their signature dessert dish to the nation on the premiere of the Great Irish Bake Off this weekend.

Clare Ryan, from Fedamore, and Emer Hough, of the South Circular Road in Limerick city, are two of 12 contestants who will battle for the nation’s best amateur baker.

Originally from North Circular Road, Ms Ryan, 32, is a primary school teacher at Thomond Primary School, and she said that the competition is difficult, but all contestants are encouraged to “try new things”.

Ms Hough, 32, who is a financial advisor, said that “having confidence is huge” while competing in the show when it comes to creative baking.

The two women first applied for the TV series in February. After a telephone interview, they were invited to a face-to-face interview where they had to present something that they had baked.

After the successful interview, they had to attend an audition bake-off against more than 30 people.

Both contestants have a history of baking; Clare, who is a mother of three, has been practicing her novelty cake-baking for her children at birthday parties.

Emer meanwhile learned her skills from her mother, who she said is a “fabulous baker”.

Emer believes that the skills that she acquired from her family are the reason she is in the top 12, while Clare said that her success is thanks to her personality.

“I am naturally competitive and quite focused, so I think it was maybe on that angle I got in,” she said.

Emer, who is a singer in the Ancór Chamber Choir, said that there is “great camaraderie” amongst the 12 bakers.

“We are very supportive of each other. As much as you want to put forward your best efforts, you also want everybody else to do the same thing,” she enthused.

Great Dane breeder Clare said that the standard of competition is “really high.

“I have learned a lot from the way other people bake. I am proud to be able to stand with the other competitors on the show,” she said.

The first episode of the Great Irish Bake Off will air on TV3, this Sunday at 9pm.