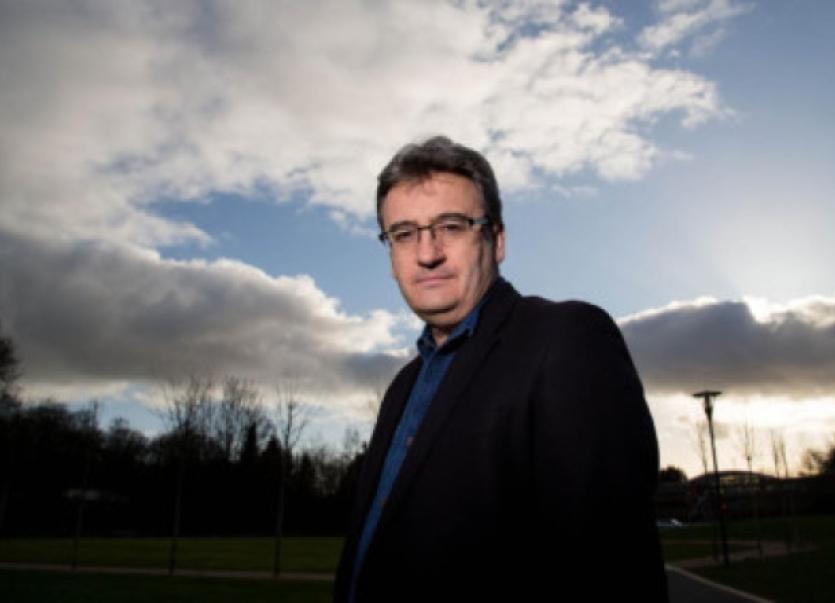 THERE are more important things in the world to worry about than the future of Jeremy Clarkson’s career, renowned journalist Fergal Keane said in Limerick.

THERE are more important things in the world to worry about than the future of Jeremy Clarkson’s career, renowned journalist Fergal Keane said in Limerick.

In a ‘homecoming’ to the city, the BBC’s special correspondent, who began his career with this newspaper some 35 years ago, gave an address at the University of Limerick on the challenges facing journalists and the world of journalism today.

When asked by Live 95FM about the furore surrounding the Top Gear presenter, he replied: “To be quite honest with you I spend my life covering conflicts in which men, women and children are blown to pieces or are shot dead, die of starvation or struggle every single day of their lives. I really couldn’t care less about Jeremy Clarkson.”

“There has been over the last 20 to 30 years an increasing preoccupation in the media with celebrity - whether it’s One Direction or whether it’s Jeremy Clarkson. Of course there is a serious issue at the heart of the Jeremy Clarkson case - no employer anywhere in the world can stand over a physical and verbal assault on any of their employees by another employee. Nobody could or should tolerate it. But I believe there are much more important things which we need to focus on,” he said in advance of his UL address.

After moving on from the Leader, to the now defunct Irish Press, RTE and the BBC in 1989, Keane said one of the great lessons he has learned throughout his distinguished career is “your own fallibility”.

“It has been incredibly enriching [my career], but it has also had its fair share of mistakes.

“Along with all the plaudits and the awards, you have to add some humility into the mix. You are not God, too many people in the media think they are,” he told the audience in an address organised by UL’s journalism department.

A news reporter and rugby correspondent with this newspaper in the early 1980s, he said: “I have deep affection for Limerick, and you won’t find many people from Cork admitting that. It was the place that gave me my start as a journalist.”

In fact, he joked that there was probably no better preparation for being a war correspondent than being a Cork man covering rugby in Limerick.

“The challenges that I faced in Limerick 35 years ago are the same challenges I’m facing now, except on a different scale.

The Limerick Leader, he said, “was immense fun but there was probably too much drink”, in a nod to the different working culture at the time.

“Having a desk, a phone and a typewriter was not a right but a privilege to which a cub reporter aspired,” he said.

He said he remains grateful to the paper for helping him “to develop a brass neck”, teaching him to stand up for himself, and also for ensuring “that I got things right”.

“I worry for younger journalists nowadays who perhaps haven’t had that training, and are coming into a world where every line that they write is going to be picked apart by one side or the other.”

In a talk entitled The Struggle for Reason, Keane primarily wished to address “the greatest challenge we face in journalism today – the battle for reason in a world overwhelmed by propaganda, gross simplification, powerful lobby groups and armies of internet trolls.

“My belief [is] that the obligation to fact, complexity, nuance and context has never been more vital - rigour and more rigour are required.” The great challenge, he said, “has arisen out of something wonderful - the explosion of sources of information”, but the age of information also come with increased propaganda and hate speech, including ideologies propelled by IS to people all over the world. On the other hand, he said there is a huge positive side to ‘new media’, such as people in Africa who previously didn’t have the means to tell their own stories.

In terms of war reporting, it is no longer the case, he said, of the ‘white man in chinos’ going off to Africa with a “set of assumptions and too little information”, broadcasting his or her views to a largely white audience back home, while the indigenous population will never hear or see the broadcast. Now, he said, “you will be torn apart on the internet if you don’t get it right”.

Keane, who counts nearly 32,000 followers on Twitter, said the “amount of tip-offs I get as a result of social media is phenomenal.” But, he added, with some delight: “One of the great joys of my adult life is using the block button on Twitter”, particularly for “bores” or people pushing their own agenda.

“I’m a great believer in the block button and the mute button - you never ever engage with these people, the greatest mistake you can make is to start answering them back. It really just adds fuel to the fire.”

He urged young journalists, many of whom were fervently taking notes at the top of the class, to “challenge your own bias, the way you see the world.

“No human being is free of bias, but the idea that there’s an institutional bias simply isn’t the case. My life would be a lot easier if there was a set of instructions handed down from above.”