Fourteen films to enjoy on TV this week 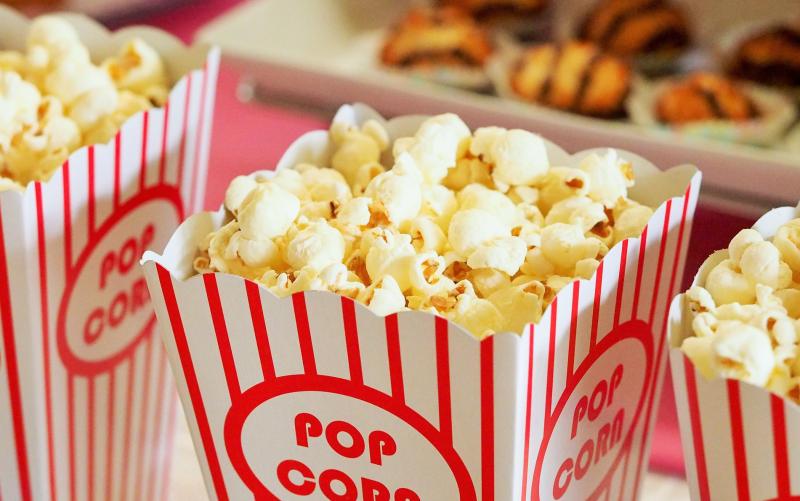 The year is 1980. The venue is Wimbledon. Bjorn Borg is king of the tennis world. 1980 could be his 5th consecutive victory. But a fiery American named John McEnroe is making waves. It's a little cheesy but it's a diverting look at a sporting rivalry that captured the imagination of the world and it's a film that you'll have fun with even if you don't get on with the sport it's about. Sverrir Gudnason and Shia LaBeouf both have a good time in the lead roles.

After a traumatic incident a reporter goes to a mountain resort to relax and recover and here she discovers things are far from normal. An 80's horror classic that starts off creepy and ends up terrifying. Dee Wallace is a brilliant lead and the film is an absolute treat for film fans as it's packed full of in-jokes and famous faces from genre films. Plus Rick Baker's special effects rival any CGI you see in modern movies.

Guy Fawkes night. A council estate in south London. A mugging is prevented when a strange object falls from the sky. Now victim and villain must team up to fight something.....else. Joe Cornish's 2011 hybrid of comedy, science fiction and horror is a whole load of fun, tense in places, hilarious in others and with a cast led by Jodie Whittaker and John Boyega who all sell their parts perfectly.

Thomas Crown is a man who loves to steal. Catherine Banning is a woman who loves to get back what's stolen. One day they meet and oh my do sparks fly. John McTiernan's 1999 remake of the 1968 classic is enjoyable as hell and it easily recaptures the chemistry of the original courtesy of two compelling performances from a smouldering Rene Russo and a never more charming Pierce Brosnan.

Johnny Saxby despises his rural Yorkshire life and numbs himself with drink and anonymous sex. One day a Romanian farmhand named Gheorghe arrives and Johnny sees a chance for something new. This 2017 drama is a powerful watch, an earthy but moving paean to the wonders of love and taking chances. Josh O'Connor and Alec Secareanu both do phenomenal work while Ian Hart is aces in support.

A teenage girl lives with her adoptive parents who've raised her since she was a baby. Now 15 years later she wants to explore the world and the building in the woods near her home that she's been warned away from has caught her eye. Edward G. Robinson, Allene Roberts & Judith Anderson provide serious heft to a murky and unsettling tale of past horror and it's rippling effects.

A young infantry recruit training for Vietnam in 1971 Louisiana tries to fight back against the system but the system is having none of it. Here is the film that made Colin Farrell a star. He's just magnetic in the role of the rebellious Boz and IMO no film since has used his potential as much as this one did. An excellent evocation of a very turbulent period. Watch out for Michael Shannon & Shea Whigham in early roles.

A murder is accidentally caught on film and when the evidence is slipped to a lawyer without his knowledge, he finds himself running for his life while trying to uncover a conspiracy that reaches the higher echelons of Washington politics. Will Smith and Tony Scott combine their talents to give us a winning Saturday night watch. It's exciting, it's funny and it all leads to a satisfying climax. Gene Hackman, Regina King, Jason Lee, Lisa Bonet and many many more all do well.

A 14 year old girl from Austria is married to the future king of France to seal an alliance between the two countries. It is a life she is not ready for. Sofia Coppola's 2006 film is a feast for the senses and a dazzling look at the woman who supposedly uttered "Let them eat cake". Kirsten Dunst makes the eponymous role her own and is ably supported by a cast packed too full of famous faces to even begin to name.

There's a woman luring the men of Glasgow into her van with temptations of the flesh and well...... I'll be honest, you just have to see it for yourself. Jonathan Glazer's 2013 film is one that defies description. It's a haunting, terrifying, sensual and mesmerising tale that will worm it's way into your head and mingle with your dreams for weeks to come. Scarlet Johannson carries the film with a brave, deeply unsettling turn.

In the near future (actually 2012!) prisoners with life sentences are forced to take part in murderous armoured car races for the entertainment of the televisual masses. One man decides to buck the system. Add a ridiculous concept, a dash of carnage, an agreeable Jason Statham performance and a barnstorming turn from Joan Allen as a prison warden and you get an agreeable 2 hrs of crash, bang, wallop.

Sarah Jane has a secret and it's tearing her apart. She's an African American woman who can pass for white and in 1950's America it ensures an easier life for her. But what of the people she's left behind? Douglas Sirk's intense and emotional drama about race and class may be 63 years old but it still packs a hell of a punch. Susan Kohner, Juanita Moore and Lana Turner are truly wonderful in their parts.

A model is arrested for indecency when her photographer boyfriend displays a photo of her at an exhibition. She finds solace with a sympathetic friend but soon realises she's stumbled into a hellish place. Pete Walker's psychological horror drama from 1974 is still disturbing 48 years after it's release. A grim and brooding treatise on morality and those who wish to police it. Penny Irving is a solid lead.

A woman's retirement plans are blown to hell when she discovers her marriage is a long term sham and she legs it to London to stay with her sister. To say they are chalk and cheese is an understatement. This gentle comedy drama works because of it's realistic central pairing and watching Imelda Staunton and Celia Imrie tearing strips off each other is good craic, but there's plenty of heart behind the barbs too. Timothy Spall and Joanna Lumley in support add a lot.