Ten movies to watch on TV this Christmas Day 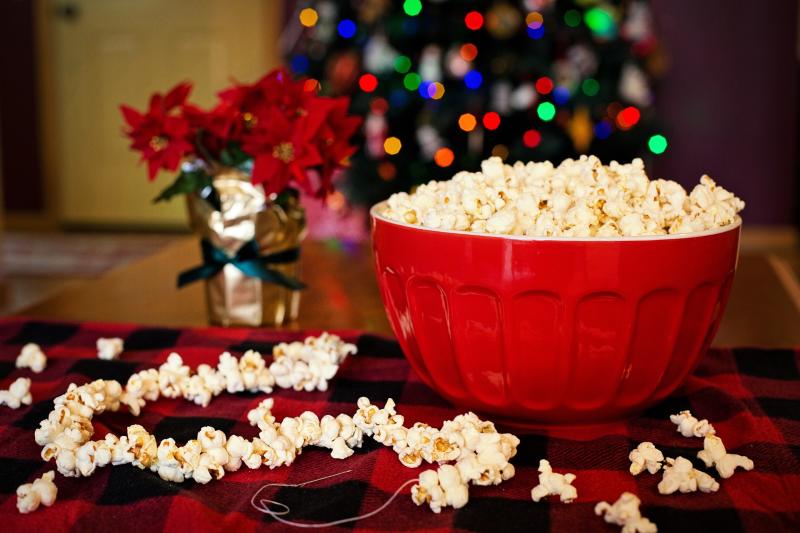 If you are planning to watch a movie this Christmas Day, we've got you covered.  Film guru Ronan O'Meara has been scouring the TV schedules and has picked ten to choose from.

Private eye Philip Marlowe has been hired to deal with the youngest daughter of a rich family and he asks the help of the eldest daughter to do so. Things get complex. Do you like hard boiled dialogue, blistering chemistry and intriguing plotlines? If so The Big Sleep was made just for the likes of you. A classic that truly lives up to the name. Humphrey Bogart and Lauren Bacall are brilliant as the leads and their chemistry just smoulders.

Humphrey Bogart plays Rick Blaine, a nightclub owner in World War II era Morocco who has his finger in a number of pies. When an ex-lover appears it throws him for six. This is one of those famous movies that truly lives up to the hype. You'll recognise scenes and dialogue even if you've never seen it before and Ingrid Bergman and Bogie are at the top of their game here. Oh and the Marseillaise scene is one of the best ever filmed. Aux armes, citoyens, formez vos bataillons!!

The bad guys of Gotham city have a nefarious plan and it's up to Batman aka Bruce Wayne to stop them. Only he has a problem, a problem in the shape of a son he's somehow accidentally adopted. It might sound like a silly watch but it's as entertaining a Batman film as any of them, and in some ways it's more inventive than all of them. Will Arnett is a fine Dark Knight while Rosario Dawson, Michael Cera and Ralph Fiennes supply the laughs.

Yes it's a Transformers film. I know. Come back. Bumblebee rocks. Seriously. No, honestly. The bombast of the earlier films is gone and now we get the story of Bumblebee and the time he spent away from his Robotic counterparts in the 80's, just him and his buddy Charlene, played by Hailee Stanfield. There's CGI a-gogo of course but there's also a tonne of heart, nostalgia and wonder instead of the usual bloated screeching.

Paddington is now living in London all the time and to thank his aunt Lucy for her kindness he decides to get her a gift. His shopping trip does not end well! The sequel to the 2014 hit is an absolute joy and a perfect Christmas afternoon watch. It is for children of course but there's plenty here for everyone and it will leave you grinning for hours after it ends. Ben Whishaw, Brendan Gleeson, Sally Hawkins and Imelda Staunton lead a wonderful film.

By now we all know the story of Robin Hood but the 1938 version is the best of the lot. Here we have Robin against the dastardly Prince John who's declared himself King in his brother Richard's absence. Robin Of Locksley and his Sherwood forest buddies don't agree with now things are being run. The stunts, the glorious technicolour, Errol Flynn's charisma, Olivia de Havilland's superb Marian, Claude Rain's dastardly bad guy, all ingredients for a lovely post Christmas dinner film.

Max and Marianne, a Canadian and French spy respectively, work together in Northern Africa during WWII and fall in love. They marry and settle down in London but something's not quite right with their relationship. Robert Zemeckis's 2016 thriller is an old fashioned affair dotted with modern day sex and violence and if you can over look it's sillier elements you'll have a right good time with it. Marion Cotillard and Brad Pitt work well together.

The Dunkirk evacuation has been a public relations nightmare for the British government and the only thing that will up public morale is a dose of propaganda. Catrin Cole is hired to find a story the people can cling to. A blend of wartime misery and comedy shouldn't really work but somehow it does and a lot of it is down to winning turns from a wicked cast that includes Gemma Atherton, Helen McCrory, Richard E. Grant and Bill Nighy.

In 1970 a young man called Farrokh Bulsara met Brian May and Roger Taylor. 15 years later they stride out onstage at Live Aid in Wembley Arena to play a set for the ages. Bohemian Rhapsody is the story of everything inbetween. It wimps out big time on the darker aspects of the story and a lot of it feels ridiculously simplified but the last 30 minutes of this are just brilliant with it's perfect recreation of a famous day in 1985. Rami Malek does well as Freddy Mercury.

A teenage boy in 1980's Dublin struggling with both growing up and his relationship with his family, finds an escape when he forms a band with his schoolmates. The 80's were a tough time to be different though. A lovely film, agreeable as hell and bursting with love and energy. If you don't like this one you are probably dead. A packed cast lead by Ferdia Walsh-Peelo & Lucy Boynton is the icing on the cake.