Then & Now: The bishop who defied Cromwell 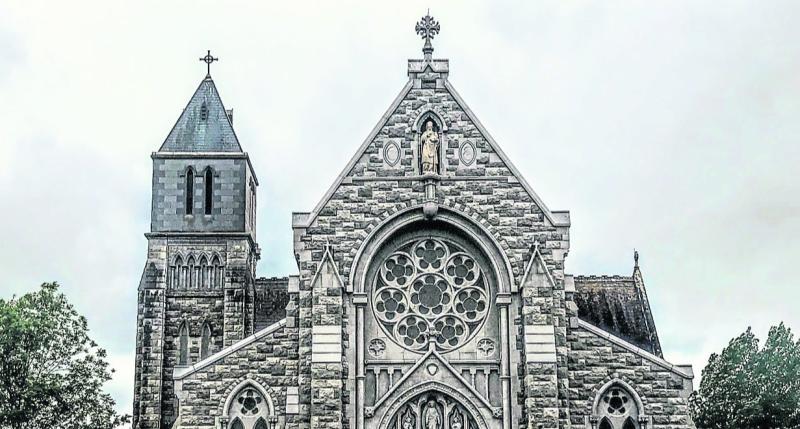 Saint Ailbe’s Church, Emly, Co Tipperary, stands beside the site of the former Cathedral of Alibeus, dismantled in 1877. Terence O’Brien was the last Bishop of Emly

TERENCE O'BRIEN was born in 1601 near Cappamore into a land owning old Irish family with a large estate of some 2,000 acres.
He entered the Dominican novitiate in Limerick in 1621. After completing his studies at Toledo in Spain he was ordained in 1627-on the four hundredth anniversary of Limerick Saint Saviour's priory-possibly by Bishop Richard Arthur. On two separate occasions he served as prior of the Limerick Community and was also prior of the Dominicans in Lorrha, County Tipperary.
In 1643 he was elected Irish provincial and it was in that capacity that he attended the general chapter of the Dominican congregation held in Rome in May 1644. He presented to the chapter a list of friars martyred in Ireland including Fr Peter Higgins who had been executed in March 1642 in the wake of the 1641 Rebellion.
Within ten years O'Brien's name would also be listed in the order's martyrologies and venerated as a martyr the length and breadth of Europe, by the sons and daughters of Saint Dominic. He was appointed co-adjutor bishop of his native diocese of Emly in March 1647 and consecrated bishop by the papal nuncio Archbishop Rinuccini on April 2, 1648, in Waterford.
Oliver Cromwell landed in Ireland in August 1649 and in the words of Bishop French of Ferns, “Cromwell came over and like a lightning passed through the land”. After Cromwell's departure for England in May 1650, Ireton succeeded him as commander of Parliamentary forces in Ireland. General Ireton, however, did not arrive at the gates of Limerick until June 1651 when his army laid siege to the city.
For five months this “ancient city well studied in the arts of war” held out. But stalked by death from starvation, disease, and an outbreak of the plague its beleaguered defenders were forced to surrender on October 27. When Parliamentary soldiers entered the city on October 29, Bishop Terence Albert O'Brien was arrested in the plague house, while attending the sick and the dying. That same day he was tried and sentenced to death by hanging. Before his death Bishop O'Brien accused Ireton of the injustice of the sentence that had been visited upon him and summoned the general to answer for his actions before God's judgment seat.
He was executed on October 30, 1651. Other members of the citizenry executed alongside the bishop included the mayor, Thomas Strich, a former mayor Dominic Fanning and Geoffrey Barron, the nephew of Franciscan, Luke Wadding. After his death O'Brien's body was singled out for special indignity: it was beaten by the soldiery until it was no longer recognizably human. The Dominican historian Augustine Valkenburg suggests that as a friar and a bishop Terence Albert was “a special symbol of the popery so hated by Ireton and his soldiers”.
It is said that in his final death throes Henry Ireton was haunted by his condemnation of the bishop of Emly. In Limerick city where he died of fever on November 26, 1651, it is fair to say that his death evoked little by way of lamentations. Henry Ireton, Parliamentary official and son-in-law of Oliver Cromwell was buried amid great pomp and splendour in the Lady Chapel, Westminister Abbey in February 1652. His epitaph reads:
“Having dispatched the enemy, their camps being destroyed, and their cities having surrendered, and almost the whole of Ireland having been subjected, he was elevated from earthly to heavenly heights, amidst general lamentations, at the summons from those above, and attended by angels. In eternal memory of this most noble hero.”
Ireton did not long rest in death's sleep in Westminster's Lady Chapel. There followed a grisly twist that recalls Galatians 6, in the King James Version (1611): “Be not deceived; God is not mocked: for whatsoever a man soweth, that shall he also reap”. Following the Restoration of the monarchy and by order of parliament Henry Ireton 's body-along with that of his father-in-law Oliver Cromwell-was exhumed and hung from Tyburn gallows on January 30, 1661.
Beatified by John Paul II in 1992 the martyred bishop of Emly is memorialised in a chapel erected in Saint Saviour's Limerick in 1982. Witness to the horror of the holy man in chains, eyes mild a small child stares from one of the stained glass panels in the chapel. The scenes depict the life and death of O'Brien and the story of his people in the centuries that have since come to pass, our great struggles and small victories, concluding with the visit of Pope John Paul II in 1979.
But it is this child, in particular that holds our gaze. She is a vessel of all our hopes and fears carried into a future that is increasingly uncertain. We invoke the intercession of Terence Albert O'Brien, Bishop of Emly and citizen of Limerick's citadel for our children and theirs and the generations to come. This February we remember the part Terence O'Brien from Cappamore aged 50 when he was executed for his faith played in our troubled past. Thanks to David Bracken for information.

A better way to conduct inquiries
RESPECT FOR people and our past traditions has been declining year on year as life has become more crowded and stressful for many. Our major companies have introduced the press the button when trying to contact their services. You are left hanging on the line with awful background music playing as you wait for a human voice to answer. This is very annoying and can waste valuable time, and eventually you may hang up. Recently I was offered 18 options before I got to the one, I wanted only to be put on hold with more annoying music until I eventually hung up. Are operators so busy that public contact is denied by this means?
The answering machine is another good way of denying you contact to a human voice. You are told to leave your name and contact with your query, and they will contact you when they feel fit to do so. They may ring you back or not, but they are in control, even though they are in business to serve the people. Other companies and businesses do not even offer a phone service and can be only contacted online. This is wrong and disrespectful to people who are without access to broadband and may not be knowledgeable enough to do their business this way.
The arrival of Covid has been used as an excuse for noncontact with people but this trend was being gradually introduced well before the arrival of the pandemic. Companies say this is a better way to conduct inquiries, but for whom I ask, them or customers. This is a form of control which serves them well and denies their ordinary customers the right to access their service to sort out their queries or problems. There are several more areas of disrespect I hope to come back to in the future.