Then & Now: ‘You gotta know when to hold them’ - Tom Aherne 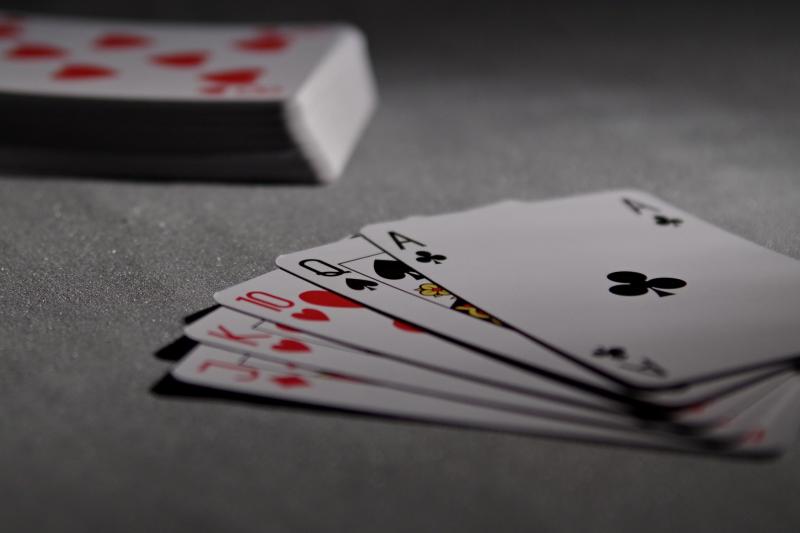 Playing cards were invented by the Chinese before 1000AD. They reached Europe around the mid 1300s

THE ‘GAMBLE’ has been consigned to history due to the more prosperous society we now live in. They were very popular social events when I was growing up and most rural areas held them.

Gambles generally began in the run up to Christmas and they attracted large crowds of card players who fancied their chances. Different rules and different lengths of games ( 41-31-25 etc) applied and they were often tense affairs being held in halls and houses.

There were often gambles for turkeys, geese and hams and the entry fee was a shilling a head. There were also gambles for unusual prizes such as greyhound pups, goats, asses, ponies, cows, calves, bonhams, household items and holy pictures.

The widow-woman's gamble was as important a social event as the House Stations. When the game concluded, and the prize was won, tea bread and jam was served.

The night concluded with some dancing around the kitchen and minding the dresser which took pride of place in the house.

There were occasionally rows too, but these were accepted as natural hazards of the course. Some players were not above concealing the ace of hearts, the most versatile of cards in a waistcoat pocket or trouser fold and it was all right as long as you got away with it.

Some players were regarded as lovable characters and dare-devils as long as they weren't caught out.

Keeping the game in was an art in itself and woe to him who didn't stick the high man in the fall of the lift. Some players when they won a trick would hit the table a mighty belt of their fist in triumph, sending cards scattering all over the place.

People would travel long distances to play on different modes of transport and goats were valuable prizes as the skin could be used to make a tambourine (Bodhran now) for hunting the wren on St Stephen's Day. The goat meat was given to greyhounds, and it was supposed to be good for no-course duffers and three quarters.

There were times when the local blackguards would come along while the gamble was in progress. It was an ideal time for a person with a grudge to right a past wrong and gain revenge on the household.

A bag of wet hay or a wet sack was stuffed across the chimney. The kitchen was quickly filled with smoke and in the confusion, it was always wise to count the cards after incidents like these.

When the card game finished the kettle was boiled and the cups without saucers appeared. There were no saucers since it was only to be 'a cup out of the hand'.

There were several loaves of shop bread specially bought for the occasion and there were two or three large pots of mixed fruit jam. Jam with the shop loaf was regarded as a treat in those days. It brings to mind the story of a farmer’s boy who once complained about his diet to his mistress. ‘Maybe’ she said sarcastically, 'tis bread and jam you expect?'

The gamble is now gone but regular card games were still held up to the arrival of Covid and hopefully will resume in the near future.

In their heyday gambles provided some finances for hard pressed households and excitement and simple joys for the attendance.

Smokes
THE ART of butt sucking is another thing that has vanished from our everyday lives and consigned to history. It was a very common practice in my young days, as was smoking tea leaves when the butts ran out.

Money was hard to come by as family members depended on the proceeds of a small farm or as hired work. As a result of the scarcity of money, ‘fags’ were hard to get and one had to be content with butts. Some shops sold single cigarettes, but they were more expensive to buy that the packets.

Coffin nails was a common expression for fags and Woodbines, John Player, Sweet Afton, Silk Cut and Carroll's Number 1 were some of the brand names smoked.

The well meaning adults would warn us youngsters of the dangers of smoking, but we were always tempted to have a drag. The regular smokers would allow us to have a few pulls in the quiet which was how many got addicted to the weed.

The lucky ones got sick after a few smokes and that put them off smoking for life. Butt-sucking for a novice was a dangerous business as it usually ended in burned fingers, before they mastered the art.

To watch a professional butt-sucker you would think he was smoking his fingers as no visible sign of a fag was to be seen. I recall one particular person who was always broke and depending on a few butts to prolong him until pay day.

As he drew on the remains of what was once a proud cigarette his lips protruded like the suckers of an eel. The muscles on his neck stood out like mountain tops on a land map.

He was hunched forward like a rugby prop forward to get the last breath of life from the weed between his fingers. This man knew his job and if he were rich, he would have discarded the cigarette at the halfway stage, and lighted another.

He would not however, have enjoyed it nearly as much because hunger is the best sauce and there is nothing as sweet as a cigarette butt when you have not got the means of obtaining more.

In time he graduated to owning a motorcycle and he could be seen still smoking as he drove along. I doubt he enjoyed it as much driving against the breeze as the butt he smoked many years previous.

Other smokers would even have their hand, with the adjoined fingers on a smouldering butt, pushed into a trousers pocket. Prosperity increased and this caused the decline in butt-sucking, and this caused another problem.

Discarded cigarettes became a common sight on our roads and streets causing problems for street cleaners and Tidy Town Committees.

Nowadays we are all aware of the dangers of smoking but back then a butt of a fag was a life saviour for many.