Then & Now: Limerick should be very proud of their Olympic athletes 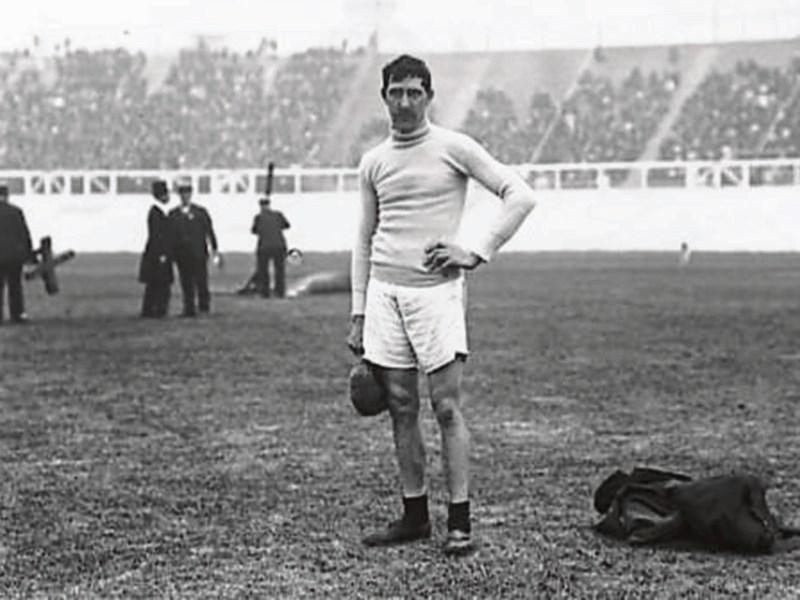 We continue our Olympic story Cornelius Con Leahy who was born in Cregane, in the parish of Colmanswell, on April 27, 1876.

He was the eldest member of the world famous family of jumpers. Con won a gold and a silver medal, at the 1906 special intercalated Games held in Athens, and he won a silver medal, finishing joint second in the high jump at the London Games in 1908.

The first indication of his talent was revealed to his school mates, returning from Charleville CBS, when he was aged sixteen. He jumped Mannix’s gate which stood 5 foot 8 inches high and spiked on top. It was in response to his pals telling tall tales of their athletic achievements.

However, under the International Olympic Committee rules, they were designated as representing Great Britain and Ireland. They attended the games entirely at their own expense, receiving only green blazers.

Leahy won the Gold Medal in the high jump with 1.775 meters, (after 36 jumps) beating Hungarian Lajos Gönczy by 2.5 cm. and the Silver Medal, in the triple jump coming second to fellow Irishman Peter O’Connor.

Con Leahy was subsequently involved in the protest at the flag-raising ceremony for the long jump when O'Connor, from Waterford scaled a flagpole, in the middle of the field and waved the Irish flag. Con and John Daly stood guard underneath to stop any interference. Peter was an accomplished gymnast whose rapid climb and protest caused a great sensation.

In the 1908 Olympic Games, Leahy again took part in the high jump. Three jumpers, Leahy, Géo André and István Somodi, shared second place with 1.88 meters behind the American Harry Porter, who won with 1.90 meters. After his Olympic success Con Leahy returned to Ireland.

In 2006, to mark the 100 anniversary of his Olympic medal win, a memorial was unveiled in Thomas Street, Limerick on June 3.

The Leahy’s were a wonderful family of athletes, six brothers Paddy, Con, Joe, Tom, Mick, and Tim, could hold their own with the best, and they must go down as the most versatile performers in the history of athletics.

The seventh brother Jack, though devoted the bulk of his time to horses, and the show ring and also won prizes in the athletic arena. They had a sister who it was said could beat the best of them, even when world honours rested in their little home in Cregane, by the banks of the winding river Maigue.

Many visitors came to see them train, in the little field close to their home, including an English gentleman, who was amazed and delighted to see the sister perform alongside the brothers. He became so charmed with the lady that before long he proposed marriage to her.

Miss Leahy refused the offer, although he was a fine type, and of good social standing, as she preferred to refrain from mixing the true Celtic blood with that of the Sassenach.

Paddy Ryan was born at Bunavie, Pallasgreen, on January 20, 1883, one of eight in family to Patrick Ryan, and Bridget Hayes. He grew up to be a strong man, with powerful hips, and shoulders, and he stood at six feet four inches, and weighed up to 19 stone.

The throwing of an ordinary sledge hammer, was a favourite rural pastime, which aroused considerable interest and rivalry at that time. In 1903 Paddy threw the hammer 136 feet to defeat Tom Kiely of Ballyneale, the greatest all round athlete of his time. Paddy won eleven All- Ireland hammer titles under the auspices of the GAA and the Irish Amateur Athletic Association and was part of the Irish weight throwers known as the Irish Whales.

In 1910 he immigrated to the United States, and signed on with the Irish American Club, and later joined the NYPD. In 2011 he won the New York championship with a throw of 175 feet four inches. He had not established citizenship in time for the 1912 Olympics in Stockholm, and so missed an opportunity to compete. At the Firemen’s Athletic Games at Long Island on February 6, 1913, Paddy threw the hammer 189 ft. 6½" (57.77m) to establish the first official IAAF world record. This remained a world record for 25 years, and an American record for 40 years, being eventually beaten by Martin Engel in July 1953. During the First World War he joined the US Army and served in France, in 1917.

He competed for the United States, at the 1920 Summer Olympics and won a gold medal in the hammer throw and a silver in the 56-pound weight throw. He threw the hammer 173 feet and four inches in the final despite the very wet and unsuitable conditions. This was nearly 13 feet more than the runner up Carl Lindh of Sweden. He finished second to Pat Mc Donald from Clare, in the weight throw event a few days later. This was the only time this event of throwing a 56 lb. weight for distance, was held at the Olympics.

Roddy Kirwan, from Kilmacthomas composed a poem about Paddy when he was at his peak. The opening lines are as follows.

A bouncing boy was born and neighbours came to see

For an infant prodigy was he and his size rarely seen

He was the future hammer champion Paddy Ryan of Pallasgreen.

In 1924 he returned to Ireland to take over the family farm, and settled down with his wife Johanna Mary King, and family on the farm at Moymore, Old Pallas. Paddy has been described as a homely character, with a warm personality who loved to tell stories.

He missed the excitement of competing and he regretted that he never won an Olympic gold medal for his homeland. Paddy Ryan died on February 13, 1964, at the age of 82. He was laid to rest in Old Pallas cemetery under the shadow of Knockgrean Hill.

The Wing Foot Monument to Tim and Dan Ahearne Direen Athea was unveiled by Ronnie Long in Athea on Friday August 8, 2008.

On Saturday September 7, 2019, a plaque was unveiled at the homestead of Con and Pat Leahy from Cregane, near Charleville. The plaque with the five Olympic Rings will stand as a reminder of their many successes over the years.

The five Limerick athletes we have featured will forever be remembered for their exploits.