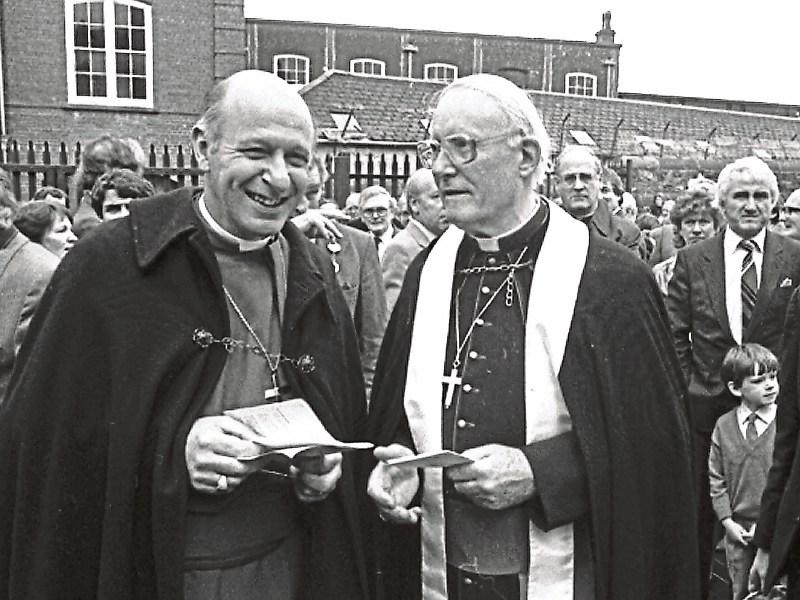 BOOK COLLECTORS will be familiar with Begley's three-part history of the Diocese of Limerick, which was reprinted back in 1993.

Readers may not be as familiar with the author John Begley who died 80 years ago, and the role he played in collecting and recording the ecclesiastical and civil history of the Diocese.

He was the second of four children born to Daniel and Bridget Begley of Gardenfield, Monagea in 1861. His mother formerly Bridget Moloney was a native of Mohernagh, Ballyhahill. Her father John had originally come from Clare, before marrying into the farm in Ballyhahill.

From an early age John Begley showed a great aptitude for learning and he was regarded as the outstanding scholar at the local national school.

When he had completed his primary education, he decided that he wanted to enter the priesthood. The times were very bad and the cost of keeping a student in training for the church bore heavily on the financial means of the family.

It was said that his brother Jim who was an excellent shot with a rifle, raised the money by shooting grouse, pheasant and all type of game across the hills of West Limerick, North Cork and East Kerry, which he then sold and took home the proceeds which funded his brother's education.

He was ordained into the priesthood in Maynooth in 1887, and sent on mission work to the Diocese of Argyle and the Western Isles in Scotland. On his return to Limerick, Father Begley was appointed as Curate in Tournafulla.

It was while there that he first showed an interest in history and antiquities. It was said of him at the time that he had a reputation of knowing more about graves and memorial stones and tracing families than in the words of an old man who knew him "the devil himself".

It was also while he was in Tournafulla, that he first came in contact with Michael McEnery who was a native of Ballintubber, Newcastle West, who worked in the state Record Office in Dublin Castle.

This meeting was central to Father Begley expanding his interest into the production of a history of the diocese. Over the next forty or so years Michael McEnery ensured that John Begley was furnished with all material of relevance to the Limerick Diocese.

After a number of years in Tournafulla, Father Begley was transferred for a short period of time to Coolcappa/Kilcolman, and from there to Saint Munchin's Parish in Limerick city in 1900.

It was while working as a curate in Saint Munchin's parish that the first volume of his work, relating to the ancient and medieval period was published in 1906. The preface was written by Edward O'Dwyer, then Bishop of Limerick, who was not noted for being easily impressed but in the case of Father Begley's work he was fulsome in his praise.

In 1915 John Begley was made a Canon of the Catholic Chapter and appointed as parish priest of Cappagh, where he was to remain until 1917.

After his short stint in Cappagh the now Canon Begley was transferred to Dromcollogher, where his very happy tenure was shattered by the tragic cinema fire, in 1926, which claimed the lives of 48 of his parishioners.

It was an experience that had a terrible effect on Canon Begley, and soon afterwards he was transferred to Kilmallock.

1927 saw the publication of the second volume of his work dealing with events in the diocese in the 16th and 17th centuries. A fire at Brown and Nolan led to the plates being burned when only a small amount of books had been printed.

Volume two as a result was to become an extremely rare book. On March 27, 1932 Canon John Begley was appointed Archdeacon and transferred to Bruff parish.

It was while he was ministering at Bruff that volume three dealing with the history of the diocese from the Treaty of Limerick up to the twentieth Century was printed in 1938. Sadly, on the account of the fact that this volume did not sell nearly as well as the previous two volumes, Archbishop Begley was forced to sell off much of his fine library of books to pay for its printing. Nonetheless, the National University of Ireland recognised his achievement when in 1939 he was awarded a Doctorate of Literature.

On Monday June 10, 1941 John Begley, then in his eightieth year, died at his residence in Bruff, and he was laid to rest on Wednesday, June 12.

The reprinting of his work which covered over 1,700 pages in three volumes ensured that the memory of this great historian and cleric, and indeed his close friend and aide Michael Mc Enery was saved for future generations. The books were a must for people who had an interest in the heritage of County Limerick as the original volumes were collector's items and impossible to obtain.

Bishop Jeremiah Newman wrote the preface for the reprint of the books in 1993. The following is part of what he wrote: “The author and his history hold a special place in my heart because for part of his career he was Parish Priest of Dromcollogher, my native place.

It was he who officiated at the marriage of my father and mother, to whom he presented a copy of the first volume as a wedding present. It was he too who baptised me. And it was while he was Parish Priest of Dromcollogher that he wrote the second volume.

“A feature of all three volumes is that they are based on manuscript material and in some places oral tradition. Naturally, the author's personal interpretation of his material also plays a prominent part overall.

“This inevitably means that some of the views expressed, and conclusions reached, are open to question by other historians. But then revisionism is the order of the day in our time.

“The late Monsignor Michael Moloney, the most prominent scholar in matters relating to Limerick Diocesan history since Begley brought out his trilogy, once said to me that it was a great pity that the transcripts and notes made by the latter during the preparation of his books do not seem to have survived him.

“A fine portrait of him forms part of the permanent collection in the City Gallery of Art, Limerick. The re-publication of Begley by O'Brien-Toomey Publishers is to be warmly welcomed and applauded and will remain a great work. I am delighted and honoured to see the day when as Bishop of Limerick I have been asked to pen a new preface to it.”