Then & Now: Waiting for the fete to return 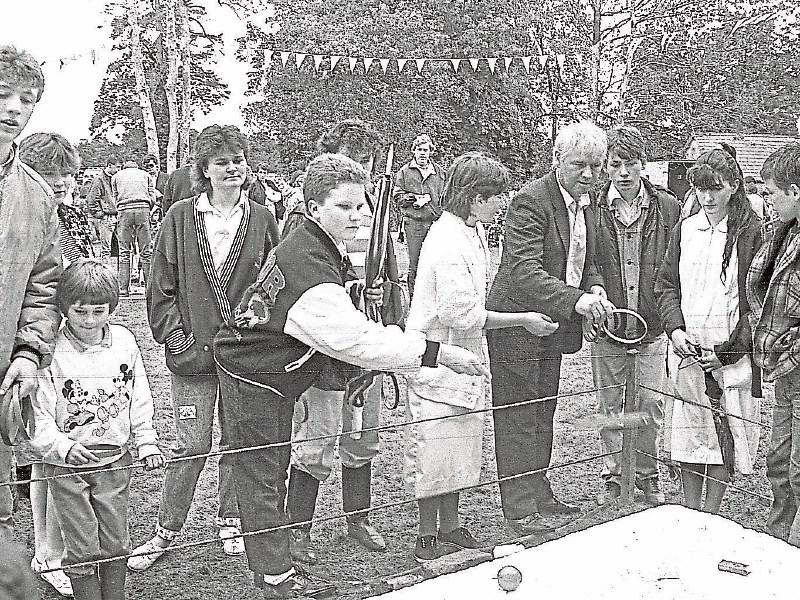 THE FIRST Sunday in July was reserved for the garden fete in Rathfredagh Cheshire Home Knockaderry on the main Newcastle West to O'Rourke's Cross road.

It was a major fundraiser for the home which provides a safe and secure home for people in need of constant care. There was a variety of attractions on offer including vintage display, dog show, wheel of fortune, children’s sports, face painting, magic show, bouncy castle, bingo, bric-a-brac stalls and much more.

Live music was provided by a host of local entertainers over the years and large crowds attended to support the cause and to pick up a bargain.

The Cheshire Foundation worldwide which cares for so many has been one of the great success stories. The building in Rathfredragh has a very interesting story as well as that of Leonard Cheshire.

Rathfredragh is open for 50 years and with Government cutbacks depends so much on volunteers and fundraising to keep delivering. The garden fete did not go ahead last year because of the Covid pandemic and it is also off this year.

The home is situated in a beautiful part of West Limerick in the Clouncagh/Knockaderry parish that borders the Castlemahon/Feohanagh parish and about four miles from Newcastle West. It has been one of the great success stories since it first opened in 1971, and it has continued to grow and expand its services through the years.

It has been a home from home to residents, from all parts of the country in need of the special care, that the Cheshire Home Foundation can provide. It is one of ten Cheshire Homes in Ireland that provide residential accommodation for the care nursing and general well-being of people who are chronically ill with permanent disabilities, regardless of their creed, or financial means.

The grey stone Victorian Mansion was built at Rathfredagh by Richard O Grady from 1850 to 1856. He was the fourth son of Standish Viscount O'Grady of Castletown and Rockbarton and Katherine Waller of Castletown Manor. The motto of the Viscount was ‘Wounded, not defeated’ which aptly describes the history of the Home since it changed hands. The last of that particular branch of the O'Grady clan was Julia, who died at a great age in Rathfredagh in 1961, passing the property to a relative by marriage Hardress Waller.

When Mr Waller died his wife Phyllis, wishing to return to her native England, sold the estate and donated the house and 16 acres surrounding it to the newly formed Cheshire Home committee in Limerick in 1965, headed by Win Harrington.

The country mansion called Rathfredagh was in excellent condition and ideally suited to a Cheshire Home set back from the main road and approached by a tree lined avenue. This generous gesture helped to make what we see at present possible, and it is commemorated in the front hall of the house.

When the group captain Leonard Cheshire came to open Rathfredagh in the presence of Cearbhaill O'Dalaigh President of Ireland on May 16, 1975, people saw at first hand his absolute commitment to the residents. He talked to them, dined with them and went to Mass with them. Without saying anything he showed them, and others present his living conviction of their value and worth. He needed to say nothing as his action said it all.

The home steadily improved over the years in size and phases, making it more suitable for the needs of the occupants. The numerous renovations and upgrades in the past all aimed to make life as comfortable as possible for the residents. A new extension was opened on July 3, 1983, with a new toilet block comprising four toilets and a shower room, eight new single bedrooms, a nurse's office, a bathroom and a quiet room.

On Friday September 8, 1995, the official opening of the new extension and modernisation to the existing building at Rathfredagh took place.

The opening ceremony and unveiling of a plaque was performed by Michael Noonan, Minister of Health. This new extension and updating of existing building was initially made possible by a very generous donation of €100,000 from JP Mc Manus. With this security, grants from various Government departments and Limerick Council were secured.

The Home provides employment for a good number of people, and a CE Scheme also operates, and the locality benefits from its spending. Rathfredagh is a charity, and it relies on charitable donations and fundraising to pay the day to day expenses. Fundraising events have included the annual Gymkhana and Garden Fete, the annual walk each January, Halloween dance, fireworks display, and various other events down the years.

Administrators over the years included Eamon O'Toole, Edward Buckingham, and at present Janie Finnerty. The spiritual needs of the residents were looked after by the Oblate Brothers from Cahermoyle, from its opening until they left Ardagh around 1990, and since by the local clergy. The dedicated staff members have played a big part in the ongoing success story by giving care, attention and companionship to the long term residents.

A mention to all the volunteers who give of their time and talents, committee members, over the years, and the various entertainers who visited on a regular basis, to entertain the residents. A special mention for the late Mary Fullam from Ardagh who was a much loved member of the staff for many years. Joan Ruddle Occupational Therapist, and to all other people who contributed in any way over the years.

The support of the general public has been immense, and without their generosity and goodwill Rathfredagh Cheshire Home may not have progressed to be rated as one of the best Homes in their Foundation whose International Emblem is The Red Feather. We all have our own memories of the Cheshire Home, and what it represents.

My own would be the contribution made by Charlie Crerard who came from Donegal to Rathfredagh in 1974. He was a shining example to us all through his involvement in groups around West Limerick and promoting the ideals of the Home. Long may the Home grow and its residents continue to receive the care and service they deserve. In the next column I will recall the life and times of founder Leonard Cheshire.