Then & Now: Famous sons of Limerick 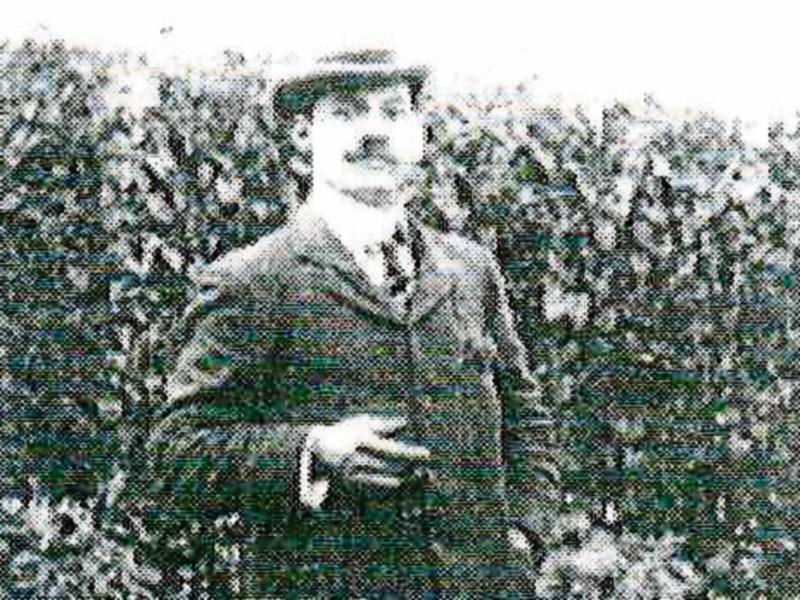 Michael O'Neill was an early sporting star from Limerick

MICHAEL O'NEILL was born in Ballinvoher, Ballysteen on March 3, 1869, and he went on to become a world champion in athletics.

His father Daniel was from Ballynorth Pallaskenry, and his mother was Mary O'Shaughnessy. He had an older brother John, and a sister Mary, and shortly after his birth his mother died. With the help of Aubrey De Vere, the family purchased a farm in Kilbreedy, Adare, and his grandmother helped to rear the three of them.

He began his running career at a sports meeting in Adare on September 4, 1893. A complete outsider he surprised the large attendance by coming second in the 440 yards, 880 yards, and the mile event. At the same event a year later in Adare, he won the mile, and half mile events. He followed up later that year with further success at the Market's Field.

On June 3, 1896, at the Limerick Sports he retained his one mile championship title, and he also won the one mile open handicap event. His first All Ireland Championship under GAA rules was won at Jones Road Dublin on June 26, 1896, in the one mile event. That year he also won the Dunraven Cup, and every one mile race he entered. He was unbeatable in this event throughout the land and regarded as the best in Ireland.

He retained his one mile south championship in 1897, and also retained the four mile championship under IAAA rules. He won many other Munster titles in events ranging from the half mile to five mile. His first international success was in 1897 in Edinburgh when he won the four mile race in the Ireland v Scotland tournament.

In 1898 he set a new Irish record in the five mile GAA Championship. He represented Ireland against Scotland at Ballsbridge, Dublin, winning the four mile flat event. In total during the year of 1898 his last as an amateur, he won sixteen of nineteen races. He now turned his sights on new challenges and racing as a professional as he had won all before him. His trainer/coach was named R.H.Walker from Derbyshire England. He always regretted that this great unsung athlete took up running so late in life at 23 years of age. If he had met him and given him proper coaching in his younger days, he would have achieved far more success.

As a professional this gave Mick an opportunity to test himself against the best world ranking athletes. It also allowed him an income, to enable him to devote more time for training, and to pay for travel and appropriate equipment. He defeated several top class professionals including Mullen from Belfast, in events at Dublin, Belfast, Tralee, and Limerick over two-, three-, and four-mile races. He also beat famous English runners Crossland, and Fred Bacon in four mile flat races.

Mick's greatest year was in 1900, when he defeated the French champion Len Hurst in the five and ten mile events, at Ashton-Under-Lyne, and later at Southport. His greatest victory came on September 11, when he defeated Englishman Watkins, at Rochdale, to become the three mile champion of the world. He received invitations to travel to America, but he declined despite pressure to do so. He was a fine cut of a man who stood 5 foot ten and a half inches and ran on his toes. Mick O'Neill retired from track racing aged 31, after an eight year career at home and abroad.

Mick O'Neill was married to Ellen Browne, and they had two children Eileen and Michael. In retirement from racing, he continued his farm work at Kilbreedy. He was also very involved with horses and hunting, and as whip with Stonehall Harriers. He died in May 1942 aged 73, and Carbery the well known writer paid him a fine tribute. With a new athletic track being built in Newcastle West we can look forward to many more athletes from the county emerging to create their own history similar to Michael.

HARRY WILSON was one of Adare's great hurling goalkeepers, and the first player from the club to win an All-Ireland hurling medal. He was on the Limerick junior hurling panel that were awarded the Munster title in 1939. They lost to Waterford in that final by 4-2 to 2-4, but Waterford played illegal players and Limerick were declared winners. In 1941 Harry was the goalkeeper and he excelled between the posts, on their path to All-Ireland success. Limerick defeated Clare by 6-4 to 1-7 in the first round. They defeated the holders Cork in the semi final by 7-1 to 1-0 at Kilmallock. The Munster final was played in Tipperary town, and Limerick were victorious over Waterford by 4-8 to 0-4.

Seamus O'Ceallaigh who reported for many years in the Limerick Leader under the pen name of Caman, reporting in the Kerryman had this to say about Harry: “A Waterford attack found Wilson bring down the house with a spectacular save”. Later he added “Waterford made a bold bid to come on closer terms but Sweet Adare came to the rescue in the person of Harry Wilson who pulled down a high ball in the best Scanlon tradition. With Limerick since his minor days, Harry though light is a splendid net minder, who was only twice beaten in the present Munster series, a little record in itself".

He finished with the following: “ A swish of flying camans, the sliotar cutting its way to the goal. But no, Wilson with a blade of steel stopped the bullet drive to fully earn the applause of the crowds”.

Limerick were now Munster champions and next came Wexford in the All-Ireland semi final and Seamus had the following to say in his report : “Then Wexford were all out for major tallies, but Wilson's charge held intact and when the long whistle finally shrilled Limerick had very deservingly qualified to meet Galway for the junior Blue Riband by 5-6 to 1-3”. On the Wexford side that day was Nicky Rackard who was one of the greatest forwards in the history of the game. Thanks to Harry his score on the day was one of the lowest ever recorded by him.

Limerick defeated Galway by 8-2 to 4-1 in the All-Ireland final played at Ennis. Seanie Duggan was the Galway goalkeeper that day and seven of their team went on later to win Railway Cup medals with Connacht. This was Harry's last game for Limerick, and in 1942 Harry joined the Canadian Air Force, and he was killed in action over Germany just two weeks before the war ended in 1945. He was one of many Irish young men killed while fighting for a foreign power. His name is inscribed in a War Memorial in Elm Park in Montreal.