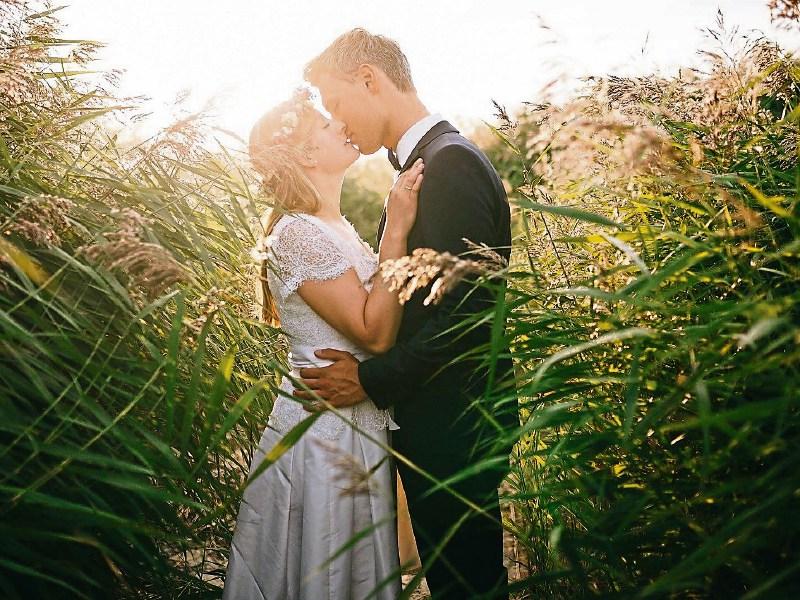 LEAP YEARS occur once every four years, and next Saturday marriage proposals may well be in the air, and reluctant bachelors keeping out of sight. This is the perfect chance for a woman to take matters into her own hands and get down on one knee and propose marriage to her beloved on February 29.

The custom of women proposing marriage is believed to have been introduced to balance the traditional roles of men and women in a similar way to how leap day balances the calendar.

I recall the how many days in a month rhyme from my school days which goes as follows,

All the rest have thirty-one, except February which has twenty-eight,

Except in Leap Year once in four when February has one day more.

The name leap year comes from the fact that while a fixed date in the Gregorian calendar normally advances one day of the week from one year to the next, the day of the week in a leap year will advance two days (from March onwards) due to the extra day added at the end of February (thus leaping over one of the days in the week). For example, Christmas fell on Tuesday in 2001, Wednesday in 2002, and Thursday in 2003 but then leapt over Friday to fall on a Saturday in 2004.

Why is February 29, not February 31, a leap year day? All the other months have 30 or 31 days, but February suffered from the ego of Roman Emperor Caesar Augustus. Under Julius Caesar, February had 30 days, but when Caesar Augustus was emperor, he was peeved that his month August, had only 29 days, whereas the month named after his predecessor Julius - July - had 31. He pinched a couple of days for August to make it the same as July, and it was poor old February that lost out.

A person born on February 29 may be called a leaping or a leaper. In common years, they usually celebrate their birthdays on February 28. In some situations, March 1 is used as the birthday in a non-leap year, since it is the day following February 28. Technically, a leaping will have fewer birthday anniversaries than their age in years. This phenomenon is exploited when a person claims to be only a quarter of their actual age, by counting their leap-year birthday anniversaries only. People born on February 29 are all invited to join The Honour Society of Leap Year Day Babies.

According to the Guinness Book of Records, there are Leap Day World Record Holders both of a family producing three consecutive generations born on February 29 and of the number of children born on February 29 in the same family. In some places, leap day has been known as Bachelor’s Day for the same reason. A man was expected to pay a penalty, such as a gown or money, if he refused a marriage proposal from a woman on Leap Day.

In many European countries, especially in the upper classes of society, tradition dictates that any man who refuses a woman's proposal on February 29 must buy her 12 pairs of gloves. The intention is that the woman can wear the gloves to hide the embarrassment of not having an engagement ring. During the middle ages there were laws governing this tradition.

In Scotland, it used to be considered unlucky for someone to be born on leap day, just as Friday 13, is considered an unlucky day by many. Greeks consider it unlucky for couples to marry during a leap year, and especially on Leap Day. Leap day is also St Oswald’s Day, named after the archbishop of York, who died on February 29, 992. His memorial is celebrated on February 29 during leap years and on February 28 during common years.

Looking back through ancient Irish history, it is said that the tradition began in 5th century Ireland when Saint Brigid of Kildare bitterly complained to St. Patrick that women had to wait far too long for men to propose. Initially, he granted women permission to propose only once every seven years, but at Brigid's insistence, he relented and allowed proposals every leap day. The folk tale suggests that Brigid then dropped to a knee and proposed to Patrick that instant, but he refused, kissing her on the cheek and offering a silk gown to soften the blow. It was said he was probably too busy saving Ireland from the snakes, for romance, and marriage.

The Irish tradition therefore dictates that any man refusing a woman's leap-day proposal must give her a silk gown. The tradition was then taken to Scotland by Irish monks. Back in 1288, the Scots passed a law that allowed a woman to propose marriage to the man of their dreams in a Leap Year with the law also stating that any man who declined the proposal on this day would have to pay a fine. The law was allegedly passed by an unmarried Queen Margaret (although records show she may only have been five years old at the time) and she put in place a rule that all those women proposing must wear a red petticoat while doing so. The fine to be paid if a man declined could range from a kiss to payment for a silk dress or a pair of gloves.

If you think these stories sound unrealistic, you're not the only one with doubts, as scholars have pointed out in Scotland. Queen Margaret would have been just 5 years old when the alleged leap-year proposal law was enacted, making it unlikely that she fretted over a woman's right to request a hand in marriage. Plus, historians have been unable to find any reference to the supposed law on the books. The roots of the Irish tradition are dubious as well. Saint Brigid was just 9 or 10 years old when St. Patrick died in 461 A.D. - though some put this date closer to 493 A.D. - making the pair's friendship unlikely.

What is it about leap years that makes people superstitious about marriage? In Greece, getting married in a leap year is considered inauspicious, and the relationship is thought likely to end in divorce. Women in Finland are advised to propose only on leap-year day Feb. 29 for good luck. If her boyfriend should refuse, he is required to pay her a fine of enough money to buy fabric to make a skirt.

A prayer has been written by a female cleric for people planning a leap year day marriage proposal. The prayer, for 29 February, asks for blessings on the engaged couple. It reminds them that wedding plans should not overtake preparations for a lifetime together. The prayer has been taken from Pocket Prayers of Blessing by the Venerable Jan McFarlane, Archdeacon of Norwich:

God of love, please bless N and N as they prepare for the commitment of marriage. May the plans for the wedding not overtake the more important preparation for their lifetime together? Please bless their family and friends as they prepare for this special day and may your blessing be upon them now and always. Amen. Ireland's folklore is full of wonderful, funny, strange, but sometimes out-dated traditions and in this year of 2020, we have 366 days, and one of the most well-known traditions to carry out and observe, enjoy.