Then & Now: Putting your house in order

Helpful advice on the subject no one wants to talk about 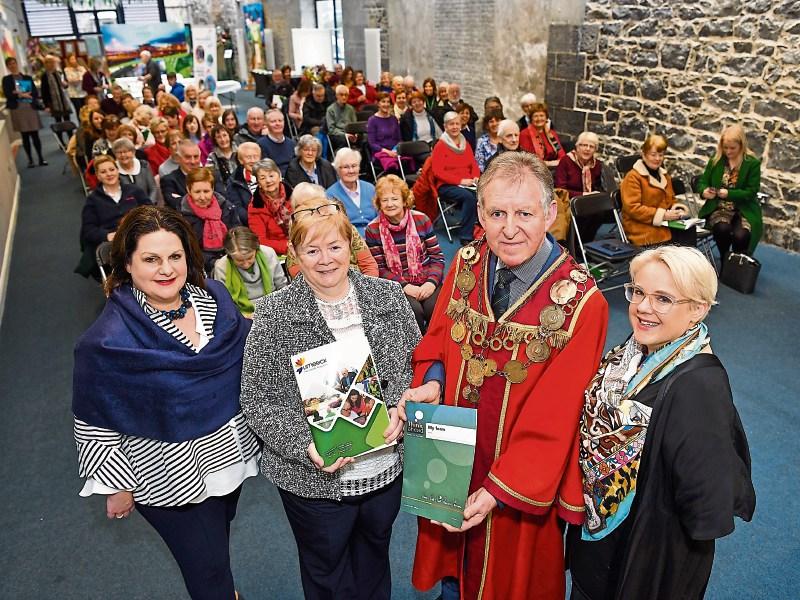 END OF life is a touchy subject to be writing about with a lot of people preferring to ignore the inevitable. Limerick Age Friendly Committee in collaboration with the Irish Hospice Foundation and PLACE-EE, recently held a series of free events titled "Putting your House in Order” on the topic of end of life matters.

I attended one to inform myself as I am now in the third stage of my life. It was a most informative and interesting few hours, and about 60 people were present. The event broken into two parts ran from 11am to 2.30pm with lunch in between, and piles of useful literature was available to read and take away.

The session was delivered in two parts, the first part covered wills, enduring power of attorney and other legal issues, and was delivered by Sharon Cahir, Solicitor Ennis. The second part of the event was delivered by Rebecca Lloyd, Public Engagement Officer with the Irish Hospice Foundation (IHF) Rebecca from Yorkshire, England focused on three headings, Care Preferences, Financial, and When I Die. She also guided us through filling out the "Think Ahead" booklet, published by the IHF.

The purpose of the booklet (created by the Irish Hospice Foundation) is to guide members of the public in discussing and recording their preferences in the event of an emergency serious illness or death. It is a planning document for use by adults at all life stages. It helps you to think about, discuss and record your preferences regarding all aspects of your end of life care. It encourages you to ensure that those closest to you are aware of these preferences. A time may come when you are unable to express your wishes and preferences. By using the booklet your wishes will be clear to those caring for you or managing your affairs.

There is no obligation to fill out the complete form which is in five different sections. The most important information to include are details about your identity. This personal information includes name, address, date and place of birth PPS and phone numbers, and who you would like to be contacted in the event of an emergency. Other emergency information includes doctors’ details, health Insurance information, allergies and medications.

Section two deals with care preferences with lots of detail to think about before filling in. It is in three sections with the first about your care preference should you become ill and are unable to communicate your wishes. Section two is an Advance Healthcare Directive, and the final section is an emergency summary sheet containing important information. Section three sets out the legal matters to be addressed dealing with Wills, and Power of Attorney.

Section four provides key information concerning your financial affairs. The sections to be filled up include bank accounts, Insurance, Credit cards, Tax affairs, Pensions, Mortgage documents, house deeds, other assets and debts, and a list of people looking after your affairs. These can include accountant, investment advisor, tax consultant etc.

The 28-page booklet allows people to think, talk, tell, record, and review their wishes as they progress through life. This advanced planning allows people to speak for themselves, when some day they may be unable to do so. The booklet can be got by post from the Irish Hospice Foundation Morrison Chambers, 32 Nassau Street, Dublin, or download on www. thinkahead.ie All of us must die some day so it makes sense to put our house in order. Well done to all involved in presenting these talks, which should become an annual event around the city and county.

Is it spring yet

FEBRUARY AND spring have arrived after one of our windy and wet winters. It has also been one of the mildest with little frost or snow. It is always good to reach Saint Bridget’s Day to watch nature, unfold as life returns to commence another of the year’s cycles. The daylight hours are extending and there is the promise of brighter days ahead though storm Dennis is blowing as I type this column. February starts on the same day of the week as both March and November in common years, and in August in a leap year, which we have this year. There was an old saying that from Saint Bridget’s Day onward you could put away the candle stick and half the candle.

It is said that if the weather is fine and frosty at the close of January and the beginning of February, there is more winter ahead than behind. February is also known as Fill Dyke month, due to all the rain that falls most years. The following are some verses about February:

When the cat lies in the sun in February

She will creep behind the stove in March.

Of all the months of the year

If it thunders in February, it will frost in April.

If February give much snow,

A fine summer it doth foreshow.

Candlemas Day on February 2 is an ancient festival, and it marks the midpoint of winter, halfway between the shortest day and the spring equinox. In olden times, many people used to say that the Christmas season, lasted for forty days - until the second day of February. In pre-Christian times Candlemas Day was known as the Feast of Lights.

February is also the month of Saint Blaise, the patron Saint of Dubrovnik. He is the saint associated with the Blessing of people’s Throats. He pales in comparison with St Bridget, but he still retains a loyal following on his feast day on February 3.

Blaise lived in a cave in the wilderness, and his reputation as a protector from ailments of the throat came from his ability to tame wild beasts and save them from hunters. The hunters eventually turned Blaise over to the Roman authorities, and during his time in imprisonment he gained notoriety as a healer.

In prison he was told about a boy who had a fish bone stuck in his throat and was on the brink of death. Blaise prayed for the boy who lived and this divine intervention, added to his reputation. On his way to his execution, he is reputed to have saved the life of a poor widow’s pig from the jaws of wolves.

From the sixteenth century, the Franciscan order has been associated with Blaise, and his healing gifts.

His love for animals was a talent he shared with the Order’s founder St Francis. The Blessing of the Throats ceremony is meant to deliver people from all ailments of the throat. Saint Blaise must have been a welcome soother and curer during the season of colds and flus, in the days before Hot Lemon, and Lemsip.