Then & Now: Latest annual turn back the pages on history 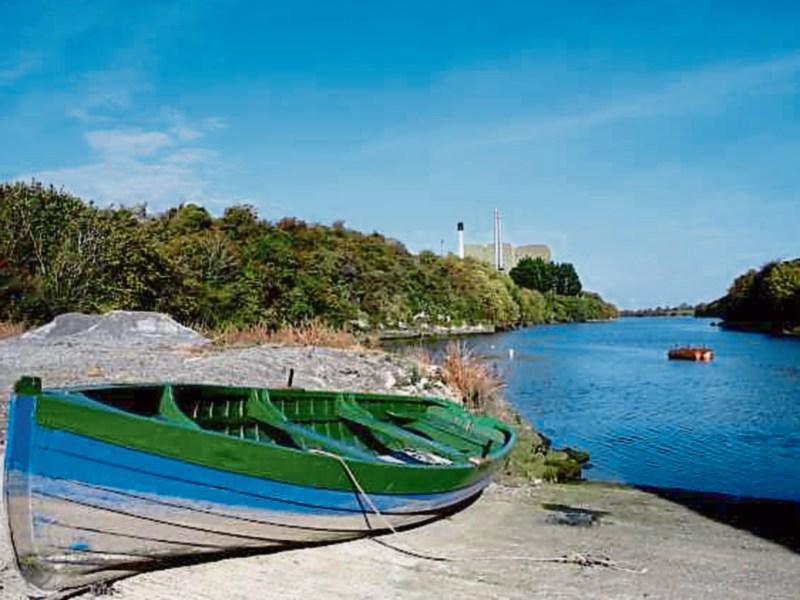 ABC NEWS 2019 is the annual magazine of Askeaton/Ballysteen Community Council Muintir na Tíre. The latest edition contains 148 pages, with a lot in colour printed in good quality paper by Fitzsimons Printers in Shanagolden. It contains 54 different articles and reports and the front cover shows a photo by Michael Mc Carthy of Askeaton town with its reflection in the waters of the River Deel.

The back cover is a full-page advertisement promoting Kevin Davison Pharmacy who have been serving the people of Askeaton and beyond for over 30 years. There is also a colour photo of the staff, and this same business, has adorned the back cover since the early days of the magazine. I counted over 460 photographs which will recall many enjoyable events for people, from the distant past and over the past year. They also highlight the importance of sponsorship and they greatly appreciate the support of the 22 who advertise their products in this year's edition.

Seán Ó Longaigh P.P. writes about the Purcel Chalice, which he found one day when clearing out an old press in Askeaton Church with sacristan Mrs Eileen Shields. Neither of them had ever heard about its existence, but later found out it had been documented by Canon John Begley in his History. Over two pages he tells how it was repaired in the National Museum in Dublin and returned to the parish to be used on special occasions including December 8, 2019. That day Bishop Brendan Leahy visited to celebrate the Eucharistic, in a fitting commemoration of the 300th anniversary of the Purcel Chalice.

The Bountiful River Deel is the title of Patrick McCarthy's article which recounts fishing events from the 1940-1950s. He recalls lost boats, poachers, and lists of anglers using the river at that time. Patrick formerly of Brewery Lane left Askeaton on May 25, 1954 to join An Garda Síochana, and now lives in Mullingar. He concludes with the following I feel sad today that the world salmon are almost extinct and it's not the rod and line fishermen that are responsible for their demise. It's the large trawlers with their long nets in the Atlantic that are the cause, just like the trawlers did to the cod fish in Canada. The rivers in Scotland have the same problem with scarcity of salmon and their rivers are private. I believe the Government should take this on board and cease all types of fishing for salmon for two years to allow them to reach their spawning beds. The salmon are suffering just like the environment.

Anthony Sheehy a man of many talents is an article about his sporting achievements amassing a vast collection of medals and trophies told in his own words. He was born on June 17, 1941 and he has competed in sports all his life. He played pitch and putt, soccer, did diving, swimming, tennis, rowing, athletics, and is still competing in his age group in swimming. He will be 79 on his next birthday and is looking forward to the Irish Open at UL, and the Munster Masters Gala in Tralee. Anthony is one of our great unsung volunteers who do wonderful work for and within their communities.

The story of an English Baron and his Limerick Connections is by Br John M Feheney. James O'Shaughnessy son of a Limerick man had been British Prime Minister David Cameron's Director of Policy up to his resignation in November 2016. Before leaving office, however he took care, as was the custom to reward his principal supporters and backroom planners. James (father Michael from Kilfinane) reward was not in money but in the form of a significant honour from HM Queen Elizabeth 11. James was raised to the British peerage and designated a Baron with a seat in the House of Lords.

Brendan G. O'Brien seven-page article reminisces about Vehicles of Askeaton and Locality in Past Times. It is Part 3 and a continuation of last year's recall. He goes on to describe the many car makers, and number plates owned by friends and neighbour’s in around Askeaton. He also recalls his own cars and has pages of photos in a very detailed and interesting article. It is another great read for motor enthusiasts who share the same passion as the author.

Chichester Phillips the MP for Askeaton who gave Ireland its first Jewish Cemetery comes from Rev Canon Professor Patrick Comerford. He writes Captain Chichester Phillips ( 1647-1728) was a politician in the 17th and early 18th century who made his career in the immediate aftermath of the Battle of the Boyne, as MP for Askeaton Co. Limerick, in the Irish House of Commons from 1695 to 1713. He is best remembered today not as the Williamite MP for Askeaton but for giving the land to create Ireland's first Jewish cemetery at Ballybough, Dublin.

Morty Wallace's article is titled Ballyengland Auxiliary Workhouse, covering three pages with a photograph of the building. In 1848 the Poor Law Commissioners entered into an agreement with George and Laura Hewson to lease 10 statue acres, including the dwelling house and out offices at Stewick for an annual rent of £ 75. It was designated as a model agricultural school for boys, and it operated up to 1854, until the inmates at Ballyengland workhouse were absorbed back into the parent house at Rathkeale.

A poem that was included from the history of Askeaton-Ballysteen book produced by the ICA is included but they do not know who the author was. The ABC News committee would be delighted to find out and credit it. I include the first of four verses which may jog the mind of readers.

Dances on the green

Boys on the bridge swap stories

About the girl's they've seen

In swimming pool and tennis court

And look into the tide

While old men dream of yesterday

And hide their dreams inside.

Going to the Pictures by Anita Hawkes Lyons recalls the golden era of the Gazett Cinema. The Gazett story is a fascinating one, stretching from 1872 with the birth of Henry Dinnage in Portsmouth. In 1944, he bought a site in Rathkeale and built a state of the art , 400-seater called Central Cinema which opened on February 17, 1945 with a celebrity concert starring Rathkeale's own up and coming tenor, Christopher Lynch. This continued to provide top class cinema and a venue for amazing variety concerts until its closure in 1972.

Local Historical Buildings and Architects by Kay Naughton features Dromore Castle, Pallaskenry, Castletown Church, St Mary's Church Pallaskenry, Ballysteen Church, Ballysteen School, Mr William Corbett, and Carnegie Libraries. Other articles include The Diamond in the Green, paying tribute to Askeaton Swimming Club who were founded sixty years ago, Welcome Packs by Emma Ryan, Dundon from London poem, what are they doing in the Castle by Carl Doran? Linda and Breda recall their trip to Orhei Moldova in 2019, and the way we were exhibition 2005. Tributes to Joe Mc Carthy, Nora Kelly, Liam Dundon, and the year's obituaries are also included. There are many more articles and reports to browse through as well which readers can look forward to reading. All the parish clubs and organizations and sports clubs have a roundup of their affairs and GAA photographs are very prominent in the Journal with a tribute to former player Albert Bourke included. It is a wonderful publication, which will provide endless hours of enjoyment for readers with connections to the area. It is on sale for € 10 and copies are still available in Askeaton to purchase.