Then&Now: ’Tis the season for mistletoe and wine

Unwrapping the folklore behind holly and mistletoe 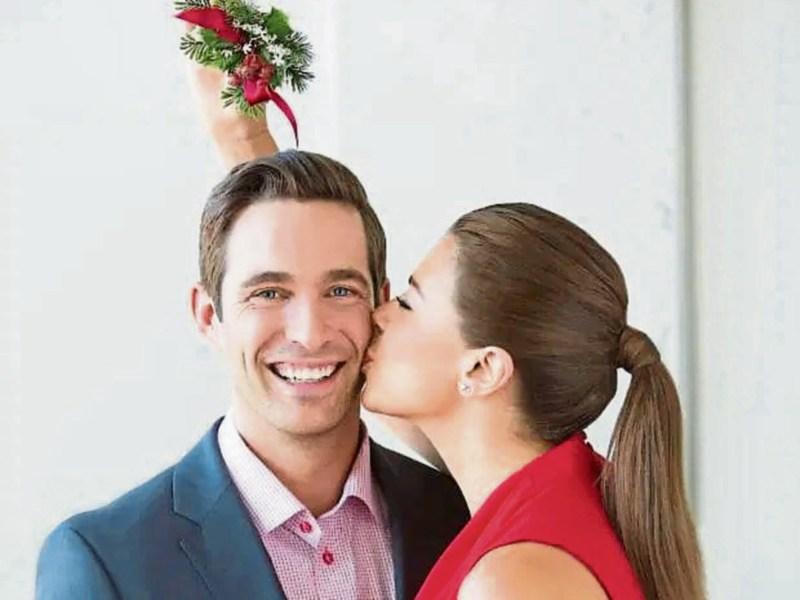 WE all like to overindulge at Christmas as it's a time to kick back, put up the feet and enjoy too much of a good thing. It is all about traditions at this time of the year, and my mind goes back to some that was observed when I was growing up in a rural location. The house was usually decorated for Christmas with holly and ivy, (mistletoe was unknown) far removed from the present displays, and the candle had pride of place.

From a gardening point of view the most important one is berried holly. We still use it in wreaths, garlands, and simply in vases about the house. The bright red berries contrasting so vividly with the dark green foliage make it one of the foremost symbols of the festive season in this part of the world. And, as you are setting down to enjoy a plate piled high on Christmas day, so too for the birds, who will be tucking into a feast of Holly berries.

Holly or llex, to give it its botanical name, is a group of nearly 600 species mostly evergreen but some deciduous. The species that is normally grown for winter berries is llex aquifolium , the prickly -leaved classic Holly. The role that this plant plays in the biodiversity of our gardens cannot be overstated. The berries are loved by many birds as well as other wildlife and the spiny evergreen foliage provides safe refuge for birds during the winter, the thorny leaves providing protection against predators.

The mistle thrush, normally a social bird, will gather in groups and will feed together early in the season, but as soon as the holly berries appear, all that changes. They will set off in pairs and claim trees as their own. They may not need the berries, but they will protect their tree from other scavengers as if their lives depend on it, and indeed they might if the winter gets cold enough and the food gets scarce. If you see a holly bush laden with berries while all around are bare, there's a fair chance you will find mistle thrushes nesting.

There are various legends regarding the use of holly as a decoration. One Christmas tradition tells us that the holly tree sprang from the footsteps of Christ and that it's for this reason its glossy branches with the beautiful cloisters of berries are used in Christmas decorations. Yet another suggests that the thorny crown placed on our Lord's head was made of holly twigs and the crimson berries are to remind us of his suffering. One Irish belief is that in their flight into Egypt, the Holy Family sheltered under a holly bush and in gratitude Our Lord promised that it would remain forever green.

According to one superstition associated with holly goes as follows: If smooth leafed holly is used for decorating the house the wife will have things all her own way during the following year, but if prickly is used the husband will be the boss. Holly was revered by the ancient because of its reputed healing properties. Holly was adopted enthusiastically by the church because of its association with the crown of Thorns, with the red berries representing drops of Christ's blood.

Mistletoe is sometimes known as "Druids tears" from the days when the druids cut the plant with knives and people kept a piece in their homes for luck. Because of its pagan associations mistletoe has never been used for Church decorations but like the holly it's surrounded by legend. One story says that the mistletoe was once a splendid tree, but one was felled for Christ's cross and thereafter it was doomed to be dependent on other trees for its existence. Mistletoe must never touch the earth or bad luck will follow.

In olden days people believed that it could heal all wounds and it was used for toothaches, sores, itches, and bites from mad dogs. The custom of kissing under the mistletoe stems from pagan times when the plant was sacred to the Sun of God. A heavy berry should be plucked after every kiss for good luck. A maiden not kissed under it stands little hope of marriage during the following year.

The Christmas candle was placed in olden times by the uncurtained window so that its light might shine out into the darkness. This was part of the old tradition that on Christmas Eve the Blessed Virgin and the infant Jesus walked the world at midnight and the light was to guide and welcome them and any other poor lost wanderers.

Usually there was no candlestick big enough to hold the candle and a turnip was scooped out to contain it. The turnip was adorned by sprigs of holly and ivy and white and gaily coloured paper. It was an unlucky omen if it burned faintly or guttered. In some parts of Ireland there was a custom of placing a large candle in the centre of a sieve of oats at Christmas Eve.

Twelve small candles were placed around this to symbolise Christ and the twelve apostles. When the candles were lit, the sieve was set up as high as possible in the room.

On Christmas Eve the family would gather round to watch the head of the household solemnly light the candle. In some houses if there was a man called John or a woman called Mary, they would perform the ceremony , symbolising Saint John and the Virgin Mary. At dawn the candle was extinguished, and all would say "May the Lord renew the Light of Heaven". This practise was observed when any candle was put out.

Another old belief tells that if the candle went out accidently or was extinguished before the dawn , bad luck would enter the household. It would be nice to think that those lovely customs would make a comeback in the years ahead because our world needs some heavenly light in it.

Day closes in the cabin small

And as the evening shadows fall

They light the Christmas candle tall

For him who is the light of all.

From 1558 until 1829 Roman Catholics in England were not permitted to practise their faith openly . During that era the 12 Days of Christmas was written as a catechism song for young Catholics. It has two levels of meaning the surface meaning plus a hidden meaning known only to members of their church. Each element in the carol has a code word for a religious reality, which the children could remember. The partridge in a pear tree was Jesus Christ. The turtledoves were the Old and New Testament. Three French hens stood for faith hope and love. The four calling birds were the four gospels of Matthew, Mark Like and John. The five golden rings recalled the Torah or Law, the first five books of the Old Testament.

The eight maids a milking were the eight beatitudes. Nine ladies a dancing were the nine fruits of the Holt Spirit, Love, Joy, Peace, Patience, Kindness, Goodness, Faithfulness, Gentleness, and Self Control.

The ten lords a leaping were the ten Commandments. The eleven pipers piping stood for the eleven faithful disciples. The twelve drummers drumming symbolised the twelve points of belief in the Apostles Creed. Happy Christmas to all readers.