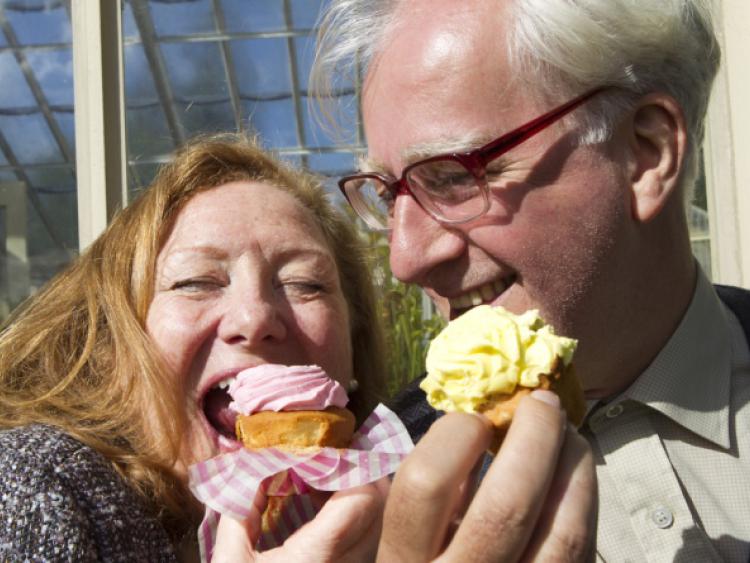 Dublin playwright Deirdre Kinahan is delighted her latest play, These Halcyon Days, is set for a two night run at the Lime Tree Theatre in Limerick this weekend.

Dublin playwright Deirdre Kinahan is delighted her latest play, These Halcyon Days, is set for a two night run at the Lime Tree Theatre in Limerick this weekend.

The play will be performed at the Mary Immaculate College venue on Friday and Saturday night at 8pm. Ms Kinahan wrote her first play, Be Carna, in 1999 about a group of women involved in prostitution.

“These Halcyon Days, I originally wrote as a short play for the Abbey as part of their season on female Irish writers. Just the characters in it and their stories are so rich, that I really wanted to revisit it,” said Ms Kinahan.

“Then last year, when I had an opportunity to write a play for the Dublin Theatre Festival, I thought I better go back to Patricia and Sean (the characters in the play), or they’ll haunt me forever if I don’t.

“It was initially inspired by my own uncle’s experience. My uncle suffered from dementia and I was really taken by the fact that whatever journey he was on to places unknown, there were days and moments when Sean, the man, I knew and remembered would bounce right back out at you. All that intellect, humour and culture were still there even though he was gradually moving away from us.

“That was the initial inspiration but it’s really a play about two people who meet and have a really unexpected, surprising, galvanising relationship. The message is that no matter where we are in life, no matter how hopeless it seems, there is always the opportunity for joy and laughter and meaning from new relationships.”

Ms Kinahan’s skill as playwright is her ability to find the joy and laughter in situations that are sometimes dark and depressing. “That’s the way I write, I write very accessible popular plays that are often about people or situations that we ourselves may not have any experience of. My play Moment was about a guy who murdered the girl next door and the affect that trauma had on his family.

“Similarly with These Halcyon Days, Sean and Patricia are just two amazing characters who have got such a story to tell. And it’s really such a funny play so a lot of time I bring the audience in with humour.”

Ms Kinahan is committed to bring her work around the country and rails against the Dublin centric nature of theatre in Ireland. “I think it is really important that work tours. I think that people in Limerick and all around the country have just as much right to see professional theatre as anybody else,” she says.

She also expressed her disappointment at the closure of the Belltable, where her debut play, Be Carna, was once performed. “It’s so sad, because that is such a great space and it was a really vital part of your city.”