Jon Kenny revels in the role of The Matchmaker 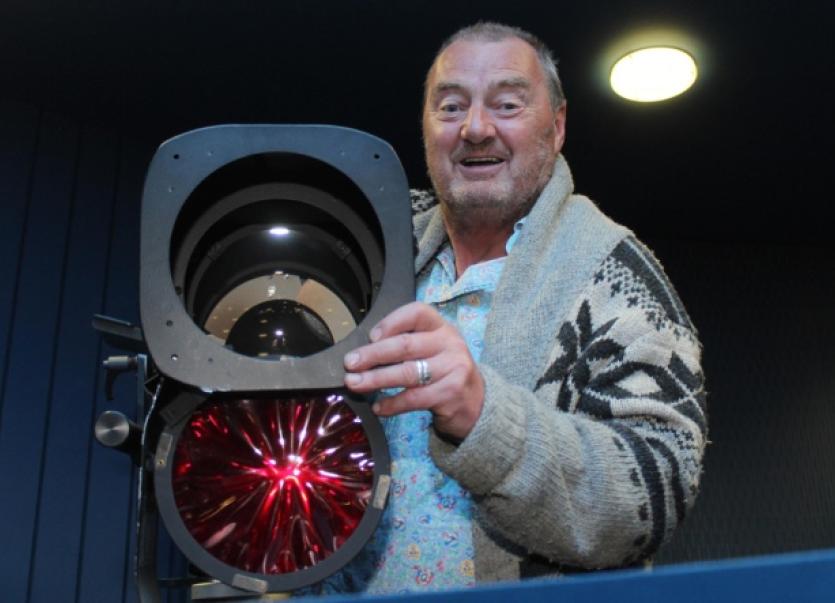 SITTING under the shade of a lime tree outside the theatre of the same name, Jon Kenny is laughing at what he calls the “ridiculous nature” of the multicoloured silk shirt he is wearing.

SITTING under the shade of a lime tree outside the theatre of the same name, Jon Kenny is laughing at what he calls the “ridiculous nature” of the multicoloured silk shirt he is wearing.

He is using the example of the “thrown together outfit” to illustrate his relaxed nature in later life - now starting to approach 60 - one that also extends to his professional life.

“Actor, musician, comedian - jack of all trades and master of none,” he laughs, with a wonderful dollop of self-deprecation.

Kenny admits to being less concerned or fixated on the direction of his career, taking each job as it comes and finding time to enjoy life - important for a man that has faced off serious illness and had a bypass a number of years ago.

“Yeah, it is great. As a performer - you always have, well for me there was always a sense of insecurity, and with age you kind of just don’t give a shite anymore. And it is not that you don’t care, you do still want to do the best job you have, but you are not looking down at audience - because now when you look down you realise you are old enough to be their fathers and grandfathers,” he roars with laughter.

“I do keep the head down and I can switch off as well. I think it is good for me to plough away, and it is nice for me to have the variety in what I am doing and it is great, I am lucky to be able to dabble - and maybe do a few gigs every now and again and work and get paid still for what I enjoy. It is magic,” he adds.

And what a stellar career - represented primarily by the incredible success achieved with his Pat Shortt as the d’Unbelievables, who four years ago performed 70 sold out Irish shows, more than a decade since they had last performed live together.

The duo, who set out in the 80s, became a monster hit primarily for their litany of characters, all of whom were created with a knowing wink and were intended to be hyper-real creations of characters located within every Irish community.

The d’Unbelievables performed until 2000, when Kenny was diagnosed with Hodgkin’s lymphoma. Their comeback in late 2010 and early 2011 was greeted with rapturous joy, akin to the old band getting back together for one last tour.

“It was great,” he says, “fantastic, because we knew what we were doing.”

Asked if the duo will reunite again, Jon smiles and cites the example of the Rolling Stones and the ageing group’s incessant touring: “Never say never.”

As if Mick Jagger himself was seated outside the Lime Tree, a group of Mary Immaculate students - all girls - then approach Jon and ask him for a picture, telling him they are “massive fans”.

“The teachers of tomorrow,” he laughs, happily posing for the picture.

In recent years Kenny has carved out quite the reputation as a dramatic actor on stage, drawing rave reviews as the Bull McCabe in the Field, co-creating the moving drama Mag Mell and performing with the Abbey.

The Hospital man, who lives in Lough Gur, returns to John B Keane’s writings for The Matchmaker, based on the novella Letters of a County Matchmaker, which also features Glenroe star Mary McEvoy.

Both play a myriad of characters in the play, a dramatic comedy following ‘Dicky Mick Dicky O’Connor’ and his attempts to make matches for the lonely and lovelorn. The concoction of characters is one that suits Kenny.

“It suits the kind of thing that I do,” he says.

“I love character parts and I play about six or seven characters in the show and they are all so different, every one of them, they have a different voice, pitch, walk, they are from a different background in life, they all speak a different language, and I love that,” he says.

“And it is the language of Keane; I mean poetry weaves through the whole thing, even in conversation, it is lovely piece to do, it is so funny. It is a great piece for me and a great piece for an audience - there is some fun in it.”

He is quite taken with John B Keane and says there must be “a little bit of North Kerry in me”.

“Keane is never afraid to hit the nail on the head and talk about things as he see them. He does that beautifully in this, without slapping you across the face with anything. But you get that humanity in the Matchmaker, you see that humanity of Keane through his characters and that makes it very special,” he explains.

“I love his language, I like his words, the rhythm and sound of them.

“It is the universal theme of loneliness (in the Matchmaker) and he writes about it beautifully and very openly. There is a huge voice, a huge mind behind the Matchmaker - he has a beautiful mind - he is a man that accepts difference in people, and this is the great thing that you see, because he is dealing with all these people from different backgrounds, who are all very much alone,” he adds.

Kenny says he enjoys these dramatic-comedic roles that allow him to pour every bit of his experience into them.

“If you get a part, you do get a chance to go into it and examine it and in doing that, you get a chance to examine yourself,” he smiles. “Some people might call it bullshit, but I enjoy the conversation about it because it is as much an examination of myself as it is the pieces that I am doing.”

The Matchmaker runs in the Lime Tree on May 13-14