Dylan Moran brings Off the Hook tour to Limerick’s UCH 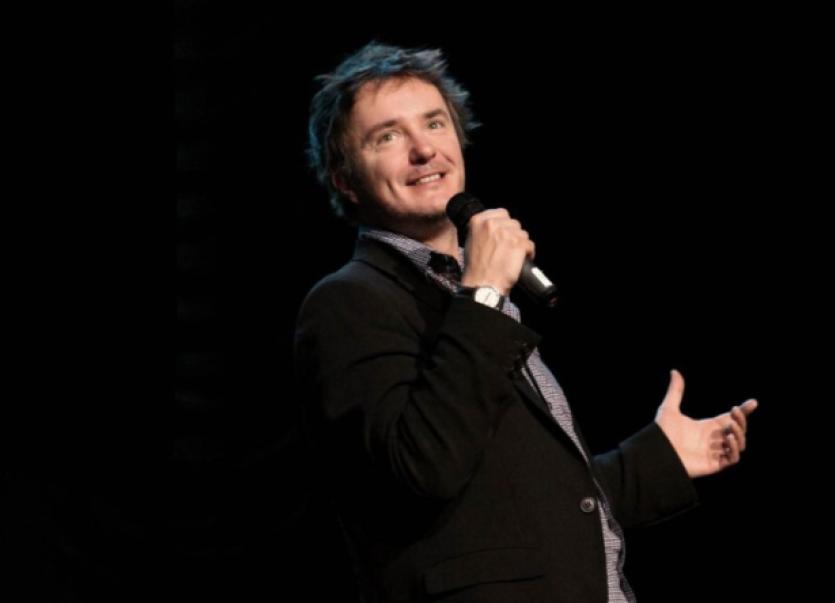 COMEDIAN Dylan Moran is preparing to go Off the Hook at Limerick’s University Concert Hall later this year.

COMEDIAN Dylan Moran is preparing to go Off the Hook at Limerick’s University Concert Hall later this year.

The comic, star of Black Books, Shaun of the Dead and Calvary, will come to Limerick on his latest tour - aptly titled Off the Hook.

Moran, originally from Navan but who lives in Edinburgh, will play the UCH on October 6 as part of his first Irish tour in three years, with dates also at Dublin’s Vicar Street, Cork’s Opera House, the Spiegeltent Festival in Wexford and Galway’s Black Box Theatre also on the schedule.

The comic has recently been sharpening his deceptively rambling wit in unusual places such as Kiev, Moscow and Kazakhstan - making him the first western comic to perform in St Petersburg.

He has also spent much of the last year touring the US whilst working on a TV pilot for ABC.

The new show, he promises, will deliver his “unique take on love, politics, misery and the everyday absurdities of life”, all delivered with poetical panache.

Dylan Moran plays the UCH on October 6. Tickets go on sale this Monday, March 9 at 9am. See UCH.ie.