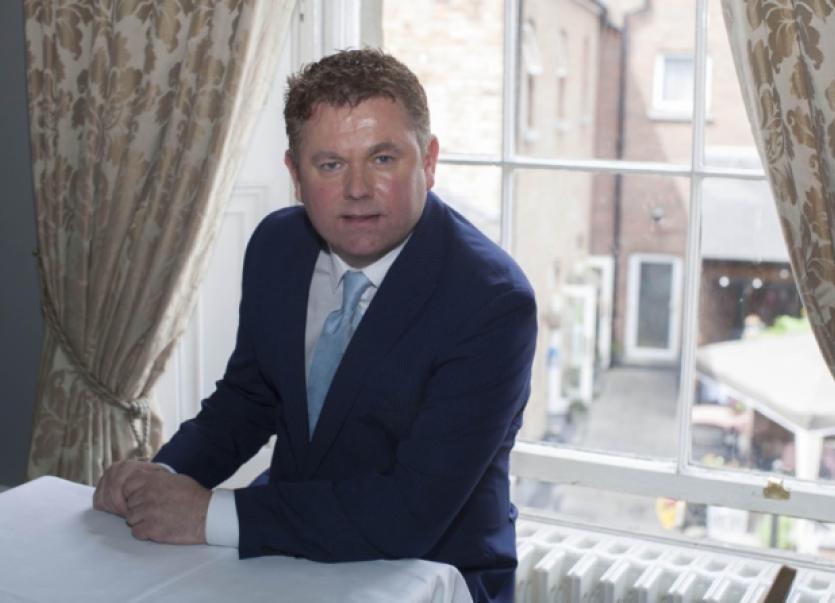 THE Limerickman who has helped facilitate Bottom Dog in taking to a New York stage later this year says he hopes to have a “conference of creativity under the banner of Limerick” in the Big Apple in years to come.

THE Limerickman who has helped facilitate Bottom Dog in taking to a New York stage later this year says he hopes to have a “conference of creativity under the banner of Limerick” in the Big Apple in years to come.

George Heslin is aiming to foster cultural links between the two cities through Culture Connect Limerick, which will see local theatre groups – including amateur productions – perform in New York.

Mr Heslin, who runs Origin Theatre Company and the annual Origin First Irish Theatre Festival in New York, launched the initiative last week when it was announced that Bottom Dog would travel to the States to perform at the festival this September.

George said that he aims to work on two Limerick projects over the course of 12 months in 2016.

“We have reached out to quite prominent people from the Limerick community and we have had a series of meetings already, in terms of building a network of Limerick people who are passionate about culture. And the aim of the project is that each year, we will start bringing in projects from Limerick and give them a performance, an arena and a stage, here in New York,” he explained.

He added that he would “love” to see Limerick amateur theatre groups performing in New York.

“I am aware that there are so many amateur dramatics groups here in Limerick, and I would love to see a situation where we would be able to bring four or five of the amateur groups to New York, even for a week to showcase their work.”

He said that the cost of bringing a show from Ireland across the Atlantic can be seen as a challenge, as it could be as expensive as $170,000. However, groups working through Origin can reduce their costs to around $30,000, with the help of its strong network, according to the Raheen man.

He added that he hopes that this initiative will help Limerick’s bid for European Capital of Culture 2020.

“Their [Bottom Dog Theatre] leap to the international stage is testament to their commitment to be an ambitious Limerick theatre company and the connection to New York via Origin Theatre, itself led by a Limerickman, brings this to fruition,” she said.

Bottom Dog Theatre will join Dublin’s Fishamble at this September’s festival in New York, which has supported more than 100 playwrights over the past seven years.