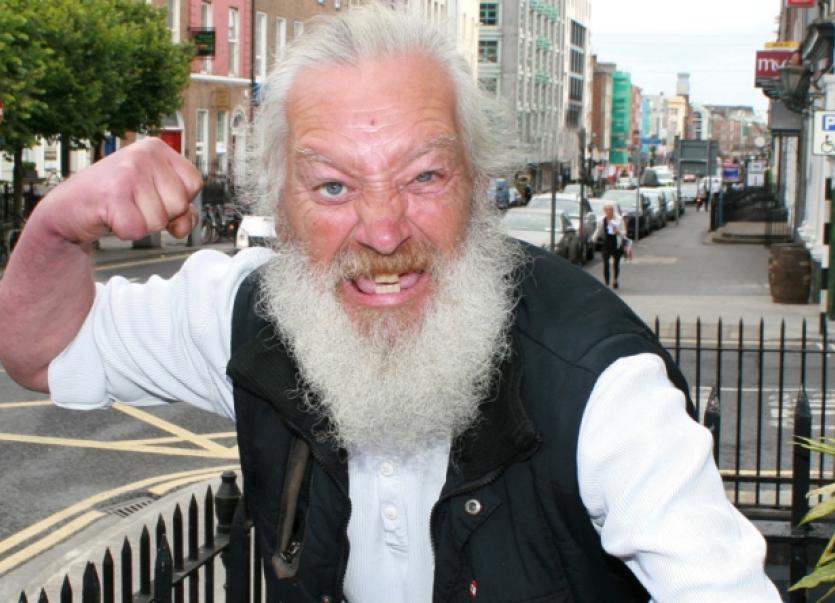 THOUSANDS of Vikings have settled up country, preparing themselves for battles and invasions over the past two years, and all of it is being filmed for the History Channel’s hit TV series - Vikings. One of these Vikings is 62-year-old Limerickman, Graham Gill, who has been helping his fellow, Nordic villagers on set.

THOUSANDS of Vikings have settled up country, preparing themselves for battles and invasions over the past two years, and all of it is being filmed for the History Channel’s hit TV series - Vikings. One of these Vikings is 62-year-old Limerickman, Graham Gill, who has been helping his fellow, Nordic villagers on set.

The historical drama, which tells the story of a legendary Norse hero’s scourge to England and France, has an extensive extras cast of 8,000 Vikings.

Graham, who first came to Limerick in 1993, was one of approximately 23,000 applicants for the active Viking role.

The opportunity to be part of the world-renowned production presented itself to the Derby-born man after his workplace - King John’s Castle - was closed down for renovation.

“I didn’t have any work and I couldn’t even afford a razor blade to shave. And then I heard about the auditions for Vikings, so I went there and found that I was sixth in line out of everyone there.

The casting directors said to me at the auditions, “Keep growing your hair, keep growing your beard,’ and that was the start of it,” he said. Luckily for Mr Gill, his knowledge of medieval fighting techniques, that he learned over the course of 18 years’ work at the castle, came in handy when applying for the new role.

“I knew sword fighting skills and all about staff fighting, and the fact that I was a chef also helped because I was well able to butcher. In fact there are a couple of scenes where they have my hands doing the butchering. All of these skills are very important when they are filming the show,” he explained.

According to the actor, who has worked on several local film projects in the past, there is great camaraderie between the cast and crew, and that there are plenty of laughs behind the scenes.

“They didn’t know my name at the start; they just knew me by my photo ID number, but after I was doing more, they began to know my name. They are all so very friendly, and the major stars are very friendly too.

“I get on very well with the cast and crew, and there are very few egos about. There’s always banter going on between the stars and the extras and the directors. Some of the best times is when there is a food fight scene and we always tend to go a bit overboard,” he said.

Though Graham is one of many extras, he said that there are still difficulties when filming is underway, but admits that there is a lot of humour when some people make mistakes.

“Sometimes when we are miming, it is really hard to be silent. Some of the guys have really bad bowel problems and then they let it rip, so then we all start cracking up. But the extras know to keep quiet. It’s all part of the parcel here.

“One of the clumsiest things to ever happen to me was when I was running towards the beach, and I went to turn.

“If I had turned left, I would have been fine. But I spun to the right and ran straight into the side of a horse and knocked myself down,” he laughed.

As an extra, Graham is a regular villager in his Viking community, and he said that he can be seen in various clips throughout the series.

“I have seen myself in six scenes, but I’d say I am in a couple of episodes in season two and season three. When I see myself, I just think ‘Well, that’s my job done,’ and that’s it. You don’t have control over the cuts, really,” he said.

Graham said that it has been “enlightening” for him to be involved in the Irish-Canadian drama.

“It is like a real-life drama in those times. I have learned a lot about my heritage while it was being filmed. The show is a top line experience. I met people of every sphere there.”

Graham also commended the artistic crew who were able to reconstruct the old Viking settlements, the weaponry, the old-style cuisine, and the musicians.

The 62-year-old said that his time as a Viking has encouraged him to pursue a career in acting in the future.

He said that he participates in music videos that are filmed in Limerick, and added that he was involved in Jay Reddan’s The Snowman’s Gift, which came twelfth in a worldwide short film competition this month.

History Channel’s Vikings was first aired in April 2013 and has been renewed for a fourth season.