A Decadent production of McDonagh’s Skull comes to Limerick 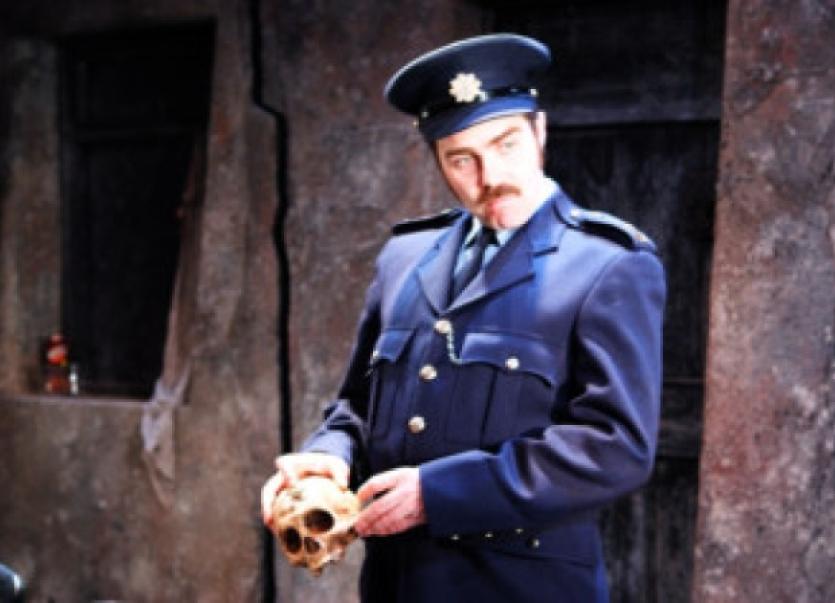 WITH a quizzical look and a tilt of the head, Pat Ryan imbues his character with life, while Martin McDonagh’s “tar-black” writing pours from his mouth.

WITH a quizzical look and a tilt of the head, Pat Ryan imbues his character with life, while Martin McDonagh’s “tar-black” writing pours from his mouth.

The Caherconlish actor plays Garda Thomas Hanlon in Decadent Theatre Company’s production of the playwright’s A Skull In Connemara, perhaps the least well known of the Leenane Trilogy, which opens in the University Concert Hall later this month.

“It is the middle play in the trilogy and was kind of overlooked by the two, really big plays, it didn’t get as much attention of the other two in terms of production, in the overall scheme of the trilogy,” says Ryan of the play, which was nonetheless nominated for an Olivier award in 1997.

“Andrew Flynn, the director, always felt that it was a bigger play than maybe other people thought it was, which it is, so he put it together.”

The play centres on gravedigger Mick Dowd, hired to disinter the bones in certain sections of his local cemetery, making way for new arrivals.

When the time comes to dig up his own wife, strange rumours of his possible involvement in her sudden death begin to emerge too.

“It is a very, very clever play. The characters fall somewhere between very real and farcical,” says Pat of the piece by the acclaimed writer and director of In Bruges and Seven Psychopaths

“It is a tightrope to play, because if you fall to the left or the right of it, you can destroy it. You could just make it laughable as opposed to very funny.

“The way we have handled it is to implement the complete reality of it - everything is real for these characters, there is no attempt to look for a laugh.

“It is tar black. McDonagh is black, but he is vicious as well - his characters are vicious. The character I play is tightly wound.”

Ryan adds that it is fun to play as an actor.

“Once you get the tone right and the flow of it, it is brilliant. It really rattles along - he is a gift of a writer to get your hands on,” he says with a smile.

A Skull In Connemara runs in the UCH on Friday and Saturday, March 28-29.